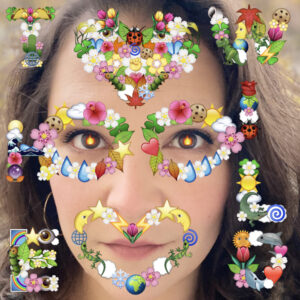 Out now on Bandcamp.

Berlin-based Xufa returns with her second single. The Wild is an out and out pop banger with the most infectious chorus. Gordon Rutherford reviews for Louder Than War.

In September of last year, I was delighted to review Xufa’s brilliant debut single, Generosity, for Louder Than War. Four months later, the Berlin-based, classically-trained singer with the voice of an angel has returned with her follow-up, The Wild. The mood may be different, but, fortunately, the quality remains the same.

Where the Portishead-like Generosity was sombre and mournful, with crazy idiosyncratic counterpoints which played havoc with the brain, the theme of The Wild is in stark contrast. Xufa has changed lane with this new song, gliding into a much more accessible, upbeat, pop-based space. Despite the hardships that we all currently face, The Wild looks ahead with optimism and hope, and listening to it is an uplifting and affirming experience.

Yet, there’s still something about The Wild that isn’t quite straightforward. Sure, it’s pop, but it’s an intelligent, cerebral form of the genre; one that is an elastic, lush hybrid of indie, electronica and pop itself. And, like Generosity, there are moments on The Wild where the time signature seems to play little tricks on your mind.

This latest single is dominated by a chorus that will form itself into your next earworm. It is built around Xufa’s chant of “I know it” and it is totally infectious. Give it one listen and you will know it too. Moreover, under the surface, I could detect some similarities with the melody of the chorus of Kate Bush’s Running Up That Hill in there, which, let’s face it, could never be a bad thing.

And, of course, there is that voice. Just as you would expect from one with a background in opera, Xufa’s vocal is flawless and quite unique, lending a differentiated and distinctive feel to her songs.

It’s a long time since I’ve listened to the chart show or Radio One. But I’d wager that there are few tracks dominating the charts right now that are better than The Wild. I sincerely hope that it gets the coverage it should.

You can buy The Wild and Generosity from Bandcamp

The post Xufa: The Wild – single review appeared first on Louder Than War.