The fragility and strength of the human condition serves as the driving force for X:THC. Influenced by Joy Division, The Cure, and other Post-Punk luminaries, their new song, Hate Parade, is a preview of their album, Fall Down Seven Times Rise Up Eight.

Hate Parade dissects those who preach hatred, elitism, and bigotry, and the cult created by their followers. With this song, the band hopes to make a statement about the importance of unity, tolerance, and acceptance. The accompanying black and white video illustrates these scenarios,  using modern situations, stock footage, and historical references to weave a picture of willful blindness and deafness for a cause of evil. Charlie Chaplin’s classic anti-fascist film The Little Dictator even makes a brief cameo.

X: THC’s Chris (Ninjaboy) Liang spent his early years bouncing between London, Hong Kong, Singapore and the remote regions of Borneo, becoming a martial arts practitioner of Bruce Lee’s Jeet Kune Do. Applying the wisdom gained from those martial arts to his music, he studied music at Berklee College of Music and moved to New York City, performing and perfecting his recording, mixing and sound design skills. Liang has created award-winning mixes for film and television; mixing promos for HBO’s The Sopranos, VH1 classic’s That Metal Show and hundreds of spots for HBO, VH1, Nickelodeon, National Geographic, TBS, USA, A&E, Syfy and Spike, the features Myanmar: Bridges to Change, Kiss Me Again and Suicide Killers and long-form programming for Travel Channel, HGTV, Food Network and Discovery.

In New York City, Liang met performer, composer, filmmaker and producer Michael Nova. Exemplifying a true “comeback story” after recovering from serious illness and the brink of blindness, artist and entrepreneur Michael Nova has been called an “existential explorer.” Nova currently offers multiple services to independent artists in the music industry, earning a profile in the New York Times.

The band name X: THC is an acronym for X: The Human Condition. Nova, with Liang’s co-production, created the innovative project with a D.I.Y. aesthetic that persevered after over a decade of, at times, seemingly insurmountable challenges.

The album is part of an umbrella project promoting the band’s new nonprofit website, www.RiseUpEight.org, which shares stories of people around the world who have overcome adversity. Among the stories shared on the website is a biographical interview the band did with Gary Numan.

“I learned many years ago that what you put out into the world is what you get back, says Michael Nova. “Direct negative energy out to the world, and you get back negativity directed back at you. Put out positive vibes and positive vibes come back to you. Karma can be a bitch, but it can also be something that can change your life. So I created this story of “the human condition.” I consider this to be my mission in life…to inspire people. I’m passionate about it. I want to do this one good thing in my life.”

Listen to Fall Down Seven Times Rise Up Eight here:

The band is also offering free downloads of Hate Parade (and more) for a limited time on their website. Grab them here! 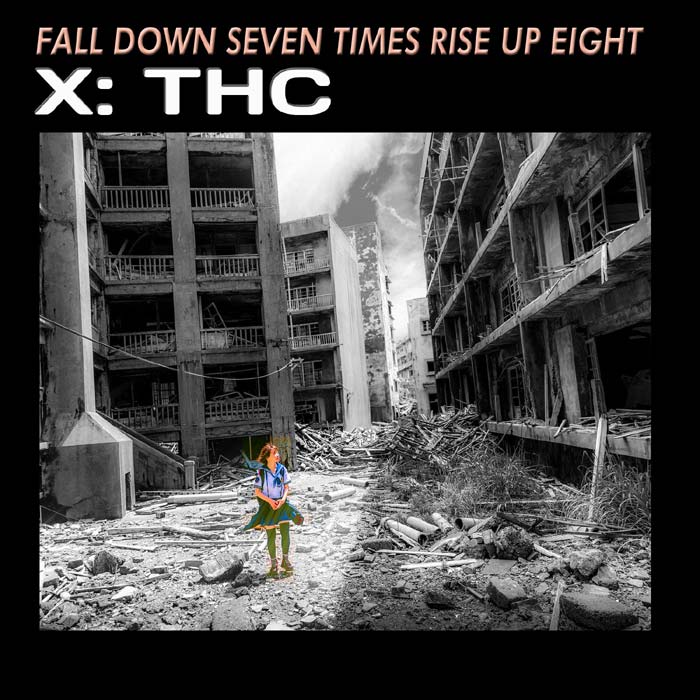 The post X: THC Take a Stand Against Bigotry in “Hate Parade” appeared first on Post-Punk.com.