Watch this! The Shop Window release new video for single Out Of Reach 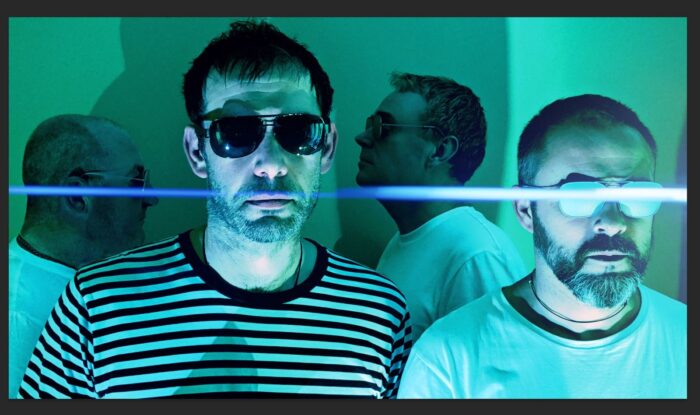 The Shop Window have released a new video for their single Out Of Reach, relesed on Spinout Nuggets.

The Shop Window are a four-strong IndiePop/Jange guitar band, fronted by partners in musical crime Carl Mann and Simon ‘Syd’ Oxlee. Their journey began over two decades ago when they landed their first record deal in the mid-late 90s in previous project Westpier, label mates with Sleeper on Indolent Records. Once Westpier folded, Carl ended up depping on guitar for Sleeper for one of their tours. Around the same time, Carl also ended up playing guitar for Kylie Minogue, for TV performances, gigs and a tour of Australia, and co-wrote a track that ended up on a Kylie B-Side in 2000.

Following a long span of time spent at opposite sides of the world, Carl found himself back in the UK with music in mind. With old friends Martin Corder and Phil Elphee, a recording session brought six strong songs to fruition. Carl invited his old friend Syd along to sing some harmonies, at which point they realised they’re a bit like strawberries and ice cream – good on their own, but much better together. The Shop Window was born.

Out Of Reach provides three minutes of jangley IndiePop happiness; enough to get the feet tapping, and the hips moving. Flip it over, and Evacuate continues the feeling.

The thirty-first release on the Spinout Nuggets label. Check out the video below.

The post Watch this! The Shop Window release new video for single Out Of Reach appeared first on Louder Than War.