Watch This! Scuttlers: Sun’s Gone In On Me – Video Premiere 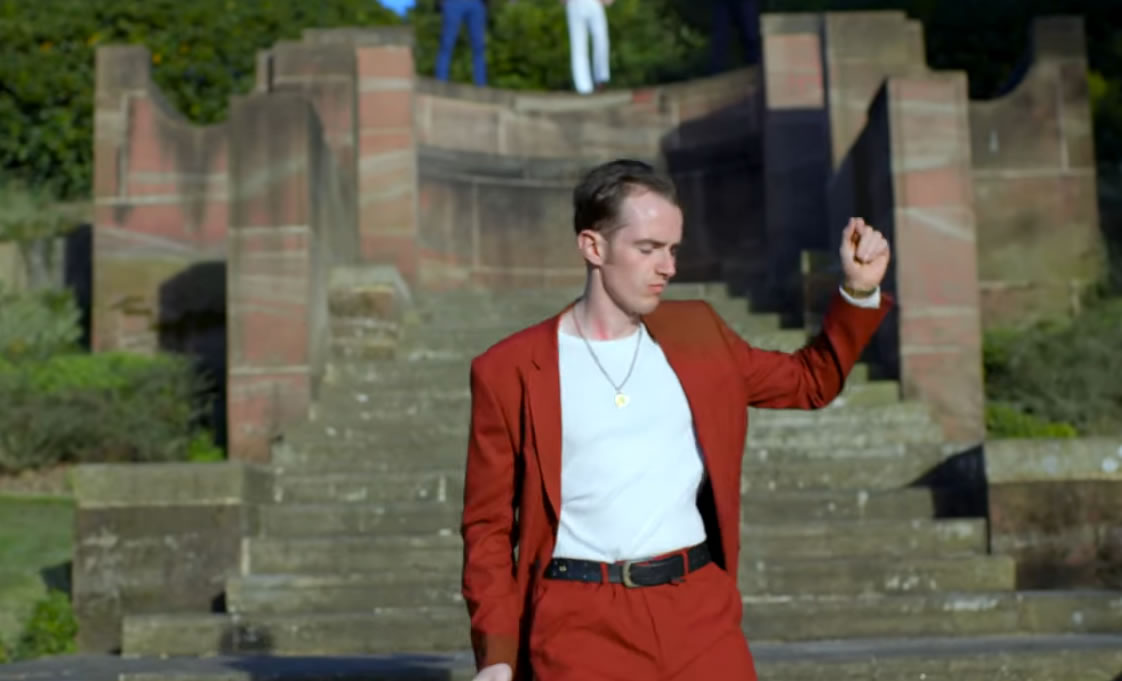 Middleton’s Scuttlers release the video to their breakthrough single Sun’s Gone In On Me as part of their new deal with Golden Robot Records! The band who formed in late 2017 are Kaiden Nolan, Singer/Songwriter/Guitar, Liam Cleere, Singer/Songwriter/Guitar, Jack Phillips on Bass & Tom Ogg on Drums, burst on to the local scene playing Manchester venues including the iconic Deaf Institute.

The video shot at various locations around sunny Middleton, including the parish church and town centre, features a bewildered looking Kaiden staggering around in a Beatles-meets-Shameless parody, which ends with the frontman dancing down the a set of stone steps, reminiscent of the final scenes of Joker.

It’s a bright and energetic video which totally befits the jaunty, popperatic nature of the song. Light and breezy, the track accelerates into the stratosphere, raising the game for the band in every way, with crisp vocals over an electrifying back-beat.

It’s amazing to witness the next leg-up in Scuttlers’ career – I can’t wait to see then back performing live again!

Words by Nigel Carr. More writing by Nigel on Louder Than War can be found in his Author’s archive. You can find Nigel on Twitter and Facebook Listen to Nigel’s show on Radio Alty – Wednesdays 9-11 pm!

The post Watch This! Scuttlers: Sun’s Gone In On Me – Video Premiere appeared first on Louder Than War.