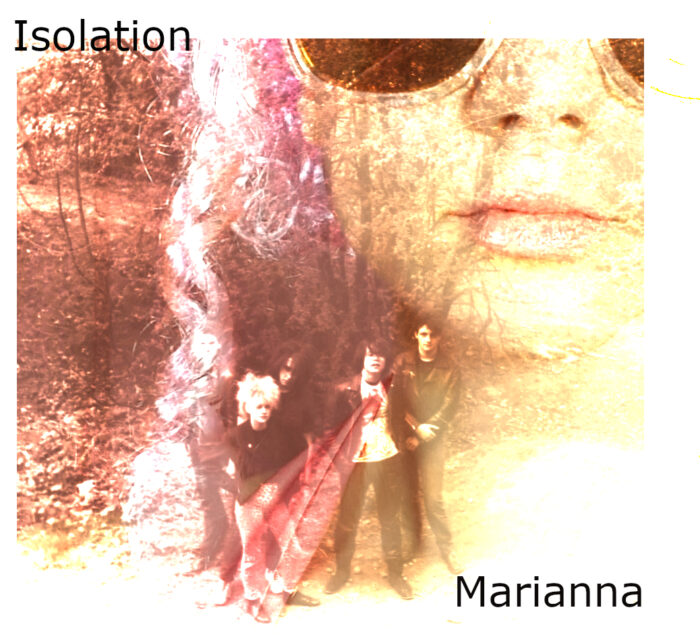 Back in the early 80s hundreds, if not thousands, of bands were being formed up and down the country. The explosion of punk had splintered the music scene into myriad genres that, whilst there was much crossover, created a tribalism that often spun into violence. Many of those bands were around for a few years, then vanished without a trace. One such band from Coventry, active from the early to mid-80s, was Isolation who played gigs locally and released one single, the double A-side Marianna/L’Amant. Now, to celebrate Coventry’s City Of Culture, the long-forgotten song has been given the video treatment by award winning Coventry visual artists Apparition.

Isolation were a mix of punk, post-punk and goth, with Stranglers’ keyboard runs, tribal drumming and the sweet but strong vocals of Marie drifting over the dark rhythms. The Marianna single was recorded at Leamington’s Woodbine Street, where local heroes The Specials had worked, and was released on local indie label What? Records, pressing up a 1000 copies.

Many years later, the single was uploaded to YouTube by fans and last year a DJ from Dijon picked up on the record and began to incorporate it in his shows. Then, a collector from California tracked down a copy of the original vinyl and had it shipped out to him. This renewed interest in their past prompted a conversation with Alice Weston of the band Paradise of the Titans, who was involved with Apparition, and the decision was taken to create a video for the single. The video features old footage of the band playing live, mixed with new visuals and characters – including a femme fatal sporting a pink bee-hive, and a cyberweb Monster (played by Alice). In a stylistically ‘Vaporwave’ aesthetic, this intriguing storyline creates something new from the past

There used to be a second-hand clothes shop near Coventry Hospital where the band used to shop, and the rumour was that the clothes and shoes were from people who had died on the wards. Just like dead man’s shoes, the video shows that life can live again.

To celebrate the release of the video, a handful of the remaining copies of the single will be available from Coventry’s last remaining independent record store Just Dropped In.

The post WATCH THIS! Isolation release video for Marianna appeared first on Louder Than War.