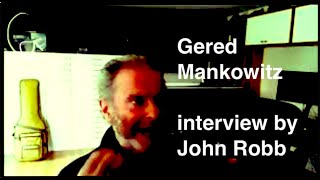 Gered Mankowitz was at the heart of the booming pop culture of the sixties. He was the go to photographer of the Rolling Stones in 1964/65 taking many of the classic shot and the album covers of Out Of Our Heads and Between The Buttons. He then took the defining photos of Jimi Hendrix before moving on to Free, PP Arnold and many others.

In the seventies he was at the heart of glam rock with his shots of Slade, Suzi Quatro and many others before punk saw him capture Gen X and The Jam before his Kate Bush sessions which defined the young singer when she appeared on the scene. He talks about all these sessions and many more here…

The post WATCH THIS! In depth interview with legendary rock photographer Gered Mankowitz by John Robb appeared first on Louder Than War.

Published in Featured and Music Interviews