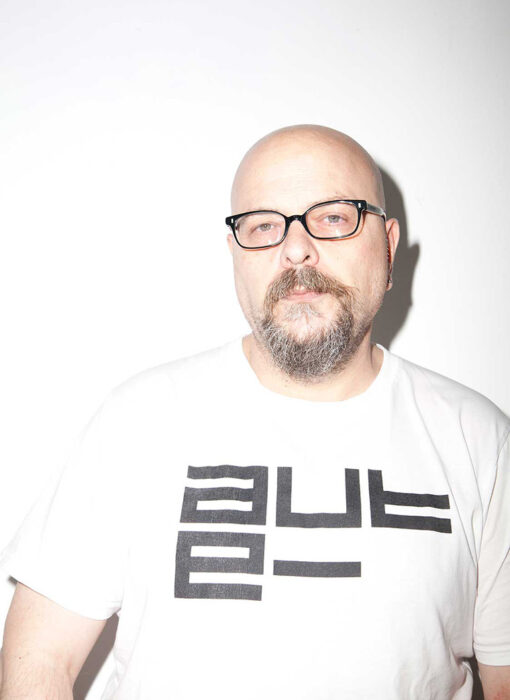 Mechanimal is, since their creation in 2011 by Greek electronic music producer, Giannis Papaioannou, an industrial project in progress, a modular band, open to experimentation and research, which absorbs different voices, different musical genres, a universe of references, primary sounds, the political and individual “diaries” of all invisible heroes of a decisive decade in every respect.

Thorivos (Noise) comes as the fifth and first Greek-language act in the big book of Mechanimal, after their homonymous Mechanimal debut that was released in 2012, the Secret Science of 2014, the Delta Pi Delta of 2016 and the Crux of 2019.

The eight tracks of the album, with the words of Angelica Vrettou, for a long time in the Mechanimal universe as the creator of the unique covers of their records and curator of the videos of their live performances, and performed by the electric voice of Thekla Tselepi, sound like timeless, irrelevant, precious fragments of their hitherto sound-worldview.

Each song individually tells the dark story of this world from the beginning. And all together they compose a manifesto, made to be heard loudly.

The words of Angelica Vrettou are poetry written on the edge of a troubled conscience, in a constant search for a “breath of danger” from societies that are now flooded with the excess of patriarchal toxicity, the violent severance from innocence, the shrinking of fantasy to extinction.

The voice of the legendary DJ and radio producer Thekla Tselepi tells with a sense of urgency every small or big story of this redemptive confession. Sometimes a woman, sometimes a girl, sometimes a voice that seems to come at the same time as the force of reason and the momentum of the irrational, its electricity opens a door to unexplored human nature, articulating answers.

The music of Giannis Papaioannou unites poems and voice in an agreement that starts from the permanent legacy of Lena Platonos, reaches to the avant-garde of Laurie Anderson to return dynamically to the industrial post-darkwave of Mechanimal. Dancing and melancholic, just as fearlessly sincere as the poetry of AngelicaVrettou and the voice of Thekla Tselepi, the unexpectedly melodic straight line that makes Thorivos sound like a journey from darkness to light, is just one of the countless declarations of this album, which is worth keeping carefully until the end of the world.