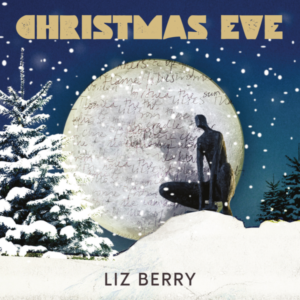 In these tough times some light relief is on the horizon as 6 Music’s Cerys Matthews has teamed up with Liz Berry and Hidden Orchestra to create the music for festive single Christmas Eve.

The words have been added by award-winning poet Liz Berry, who has set this alternative Christmas story in her native Black Country as snow whirls around the high rises, there’s a plaster-cast Mary for the nativity scene, and Christmas bikes being wrapped for Santa’s visit.

Berry’s first book of poems, Black Country, was described by The Guardian as a ‘sooty, soaring hymn to her native West Midlands’ and won the Geoffrey Faber Memorial Award and Forward Prize for Best First Collection 2014. Liz’s pamphlet The Republic of Motherhood (Chatto, 2018) was a Poetry Book Society Pamphlet Choice and the title poem won the Forward Prize for Best Single Poem 2018.

Along with her musical collaborators, she has created a modern Christmas tale told in a Black Country lilt, but recorded at the world famous Abbey Road studios with Cerys Matthews and Hidden Orchestra.

Hidden Orchestra, based in Brighton, is the solo studio project of multi-instrumentalist, composer, and producer Joe Acheson, whose albums and live shows include guest musicians from diverse musical backgrounds. Their work is described as “Dark orchestral textures, with field recordings, bass, and layers of drums and percussion.” You can find out more about the project on their website.