Skip to content
Anna von Hausswolff presents an immersive new video for “Dolore di Orsini.” The track appears on the latest album All Thoughts Fly, out now on Southern Lord.
The breathtaking new video for “Dolore di Orsini” was directed by Ludvig Holtenäs and Gustaf Holtenäs, with animation effects by Mathias Söderberg.
Anna von Hausswolff writes, “‘Dolore di Orsini’ is a song about profound sadness and finding freedom in grief. It’s inspired by the idea that Pier Orsini, a wealthy patron of arts, created the garden Sacro Bosco as a way to cope with grief and loss after losing his wife, Giulia Farnese. I look at the park as a symbol for love where love is an incitement for chaos and harmony. The video depicts Mr. Orsini burying his wife, the passing of time in nature, and sculptures taking shape and being set up by the help of a spirit. A movement forwards whilst looking backwards.” 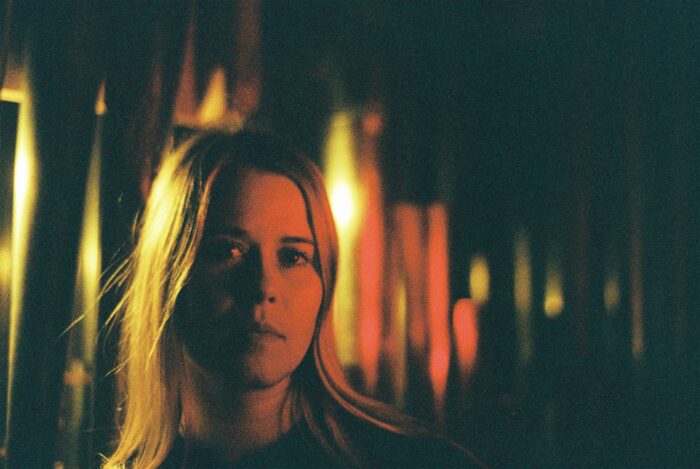 …
Photo : Gianluca Grasselli
All Thoughts Fly sees Anna von Hausswolff in solo instrumental mode, the entire record consisting of just one instrument – the pipe organ – representing absolute liberation of the imagination. Recorded with mobile equipment from Svenska Grammofonstudion in Örgryte New Church, in Gothenburg January 2020, All Thoughts Fly was produced and mixed by Anna von Hausswolff and Filip Leyman, who both handled the organ sound design. The album was mastered by Hans Olsson at Svenska Grammofonstudion and completed with photography by Gianluca Grasselli and layout/design by Tina Damgaard.
Upon its release in September, All Thoughts Fly entered the Billboard Classical Crossover Chart at #5 and the Classical Sales Chart at #1.
All Thoughts Fly is out now through Southern Lord on LP, CD and digitally via Bandcamp, and through all digital service providers. Southern Lord Europe have just announced the second pressing via their store, here.
All Thoughts Fly radiates a melancholic beauty, and is distinguished by fluid transitions of contrasting elements; calmness and drama, harmony and dissonance, much like Sacro Bosco (“Sacred Grove”), the place that inspires the music.
Sacro Bosco is a garden, based in the centre of Italy, containing grotesque mythological sculptures and buildings overgrown with vegetation, situated in a wooded valley beneath the castle of Orsini. Created during the 16th Century, Sacro Bosco was commissioned by Pier Francesco Orsini, some say to try and cope with his grief following the death of his wife Guilia Farnese, others speculate the purpose was to create art.
About the album Anna explains “there’s a sadness and wilderness that inspired me to write this album, also a timelessness. I believe that this park has survived not only due to its beauty but also because of the iconography, it has been liberated from predictable ideas and ideals. The people who built this park truly set their minds and imagination free. All thoughts fly is a homage to this creation, and an effort to articulate the atmosphere and the feelings that this place evokes inside of me. It’s a very personal interpretation of a place that I lack the words to describe. I’d like to believe Orsini built this monumental park out of grief for his dead wife, and in my Sacro Bosco I used this story as a core for my own inspiration: love as a foundation for creation.”
Revisit the accompanying video for the first single “Sacro Bosco” which is, just like the music, an interpretation of the park with an imaginary twist. Directed by Gustaf and Ludvig Holtenäs
Anna summarises, “Sacro Bosco in Bomarzo is a creation carved out from one man’s head. A frozen thought lasting throughout time and touching people across generations. All thoughts fly, Ogni Pensiero Vola, is about this: the importance of sharing for surviving, creating space and evolving. Once you’ve shared your words they are not only yours anymore.”
All Thoughts Fly ultimately embodies the exploration of any and all possibilities, and the audience is invited to listen, liberate the mind and let it wander