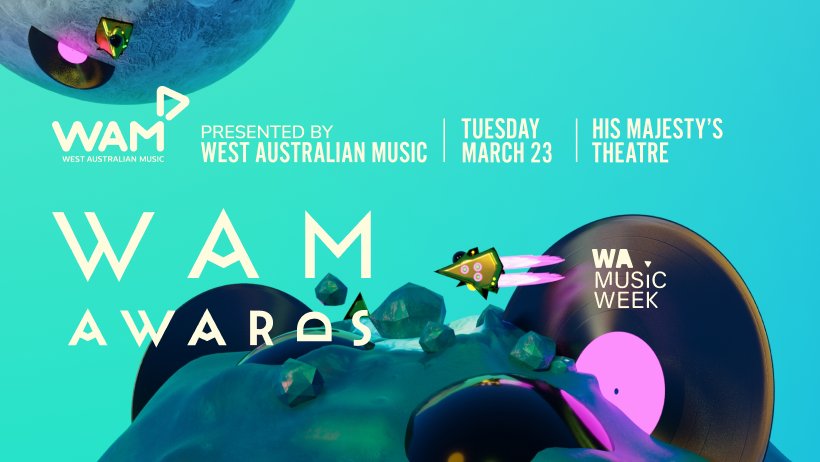 West Australian Music (WAM) is excited to reveal the nominees for the WAM Awards, occurring as part of WA Music Week presented by Act Belong Commit. The impressive nominee list is a true testament to the resilience of WA artists and industry, as we recognise and celebrate their excellence during 2020.

The 2020 nominee list sees a strong and diverse collection of artists rise to the top with multiple nominations across Industry, Craft and Public-voted categeories. Leading the nominations for a third year in a row is much-acclaimed singer-songer Carla Geneve, taking out an impressive six nominations, including Best Single, Best Guitarist, Best Music Video, Best Rock Act, Most Popular Act and Most Popular Live Act. Following closely with five nominations a piece are Grace Barbé, Spacey Jane, Grievous Bodily Calm, Noah Dillon, Jack Davies & The Bush Chooks and Supathick, with Miss Genius taking out four nominations.In addition to all this, the 2020 Golden WAMI nominations cover a rich cross-section of industry involvement, with nods going to Tenille Elkins, Hayley Ayres, Mark Neal, Will Backlerand, Kylie Thompson, all of whom continue to lead and inspire in their respective fields.

The winners will be revealed live at the prestigous WAM Awards ceremony, heading to anew home at the heritage-listed His Majesty’s Theatre on Tuesday 23 March 2021. The evening provides an opportunity for the WA music community to dust off their best outfits and celebrate the immense talent of WA’s contemporary music sector in style. General Admission tickets for the prestigious event are now available here or via wamusicweek.com.au.