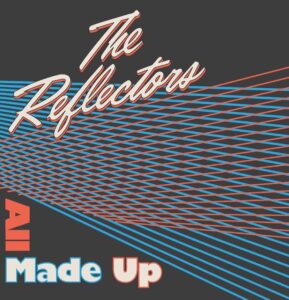 The Reflectors return with the first single from their forthcoming second album. We have the premiere of the video right here.

The Long Beach band burst onto our radar last September with the release of their debut album, First Impression. Full of blistering hooks and harmonies, the album became an instant hit among powerpop fans, and beyond. Now, they are ready to give us a dose of their second album, Faster Action, with the first single to be taken from it, All Made Up. Check out the video below.

The album is set for release later in the year with fingers crossed for September. On the strength of All Made Up, the new album will definitely be one that will fly off the shelves. The new single is released on the 10th of June on Time For Action Records and is available here. Too bad for all you vinyl junkies who love your coloured slabs of wax as the limited edition blue and orange copies have already sold out, but you can still grab a regular 7″ before it’s too late. All Made Up, backed by Every Time I, is also available to download from The Reflectors’ Bandcamp page.

The Reflectors’ second album, Faster Action, will be released via Time For Action, Beluga Records, and Snap! Records.