Rats on Rafts are one of the great contemporary European rock bands. The Rotterdam quartet are also one of the first acts that signalled something remarkable was happening in the current Netherlands underground rock music scene. First championed by Louder than War a decade ago, Rats on Rafts continue to make widescreen rock music with a burning sense of mission.

Their new album, Chapter 3, is out in early 2021 on Fire Records. The band’s trademark tough, wiry guitar sound is present throughout. There are plenty of adrenaline rushes to enjoy as ever, but this time the thunder is often channelled alongside a sinuous, metronomic beat and a noticeable sense of mastery in the arrangements.

A lot of Rats’ material comes from live jams that slowly develop in their set, or long form practice room burn ups and edits in the mix, that slowly take shape over time.  The new single ‘A Trail Of Wind & Fire’, the second off the forthcoming album, is a superb example of that process.

According to singer David Fagan the track “combined two songs we had been working on for a while. ‘Rain’, (the Japanese guitars that start the song) started out as an ambient piece and covers the entire song from start to end. ‘A Trail Of Wind & Fire’ is the song that kicks later on. Rhythmically it was inspired by bands like Neu! & Hawkwind. The name of the song refers to the strong effect wind has on fire, it can make what starts out as a small fire turn into a big disaster once they team up.” 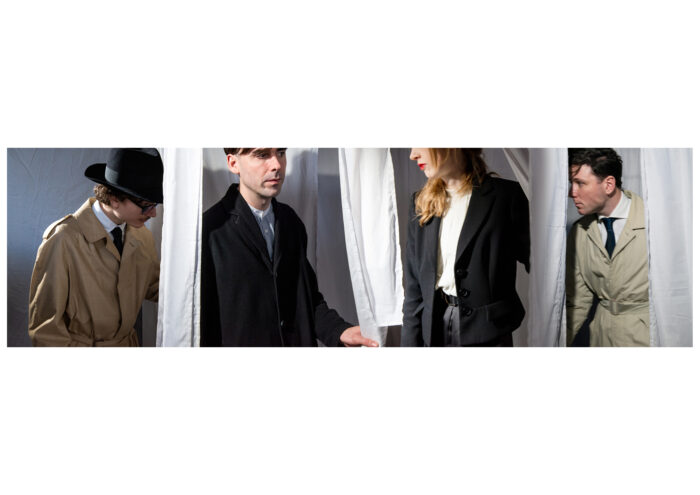 The video nods to examples of film noir such as ‘Le Cercle Rouge’ and 1940s surrealism. Other influences are worn proudly on the band’s sleeve. Fagan: “We were inspired by video artist Maya Deren and her cinematic philosophy: she was interested in amateurism as an artform and the manipulation of reality in filmmaking, travelling through time and space. Guided by the lyrics of ‘A Trail Of Wind And Fire’ and Deren’s philosophy, we went to visit the house where this video is set. We let the location take the lead in our imagination and let the story evolve on set. During the editing process we also kept this experimental way of working going, associating images, timelines and music together without focussing on what ‘makes sense’ but instead focussing on the subconscious.”

Inner city thinkers, Rats on Rafts cement their return with a bang. You can watch the video here in a Louder than War premiere.

The post Video Premiere – Rats on Rafts ‘A Trail Of Wind & Fire’ Single appeared first on Louder Than War.