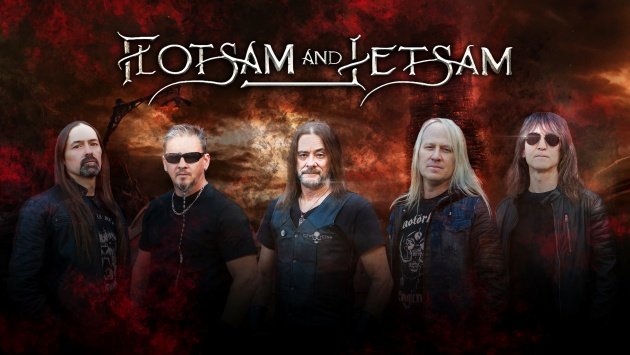 Metal legends FLOTSAM AND JETSAM have debuted a video for “Brace For Impact,” the third single from the band’s blistering fourteenth studio album, Blood In The Water.

Scheduled for release on June 4 via AFM Records, Blood In The Water is unarguably the Arizona-based quintet’s finest, hardest-hitting release to date. After spending most of the past year in a pandemic-induced holding pattern, FLOTSAM AND JETSAM made the best of a struggling situation and let their angst-ridden creative juices flow, resulting in the twelve crushing tracks that comprise Blood In The Water.

“We knew we had to come out strong after ‘The End of Chaos,’” says drummer Ken K Mary. “I’m not sure we really believed we could deliver. Those fears, it turns out, were unfounded. The events around us just poured fuel on the creative fires. I’m very proud of this album and the band.”

Adds guitarist Michael Gilbert, “We weren’t really sure what we had left in the tank, as we put so much work, sweat and blood into the ‘Chaos’ album. As it turns out, we had plenty to say. With everything that’s happened in the world, the friends we lost this last year, and not being able to perform or tour… you hear all of that in our music. It’s angry, it’s aggressive, and our emotions pour out all over this album.”

The band has already backed up these statements with Blood In The Water’s first two singles, “Burn The Sky” and the album’s title track, the latter of which sees the return of Flotzilla, the creature that graced the group’s 1986 debut Doomsday for the Deceiver, in an updated and even more menacing form throughout its lyric video.

“FLOTSAM AND JETSAM have been working very hard for many years, and the strength and energy of this band just keeps getting more forceful,” says guitarist Steve Conley. “This is our new theme song… we’re hoping this is the album that gets us to where we want to go…and we smell ‘Blood In The Water’ this time.” 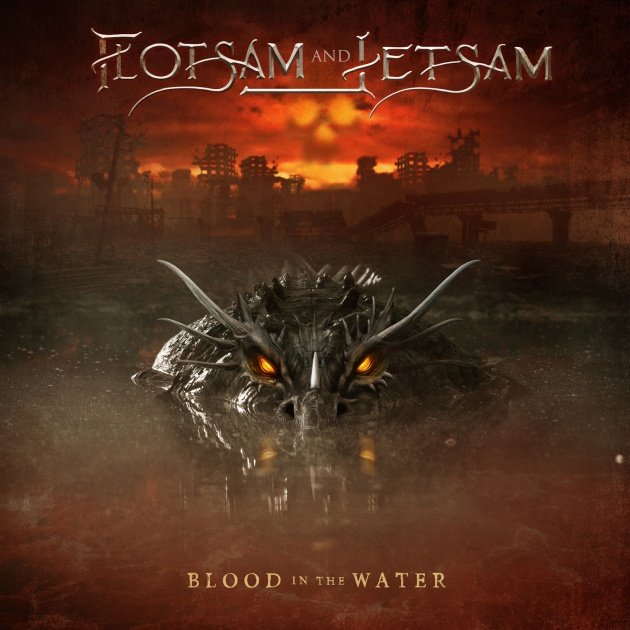