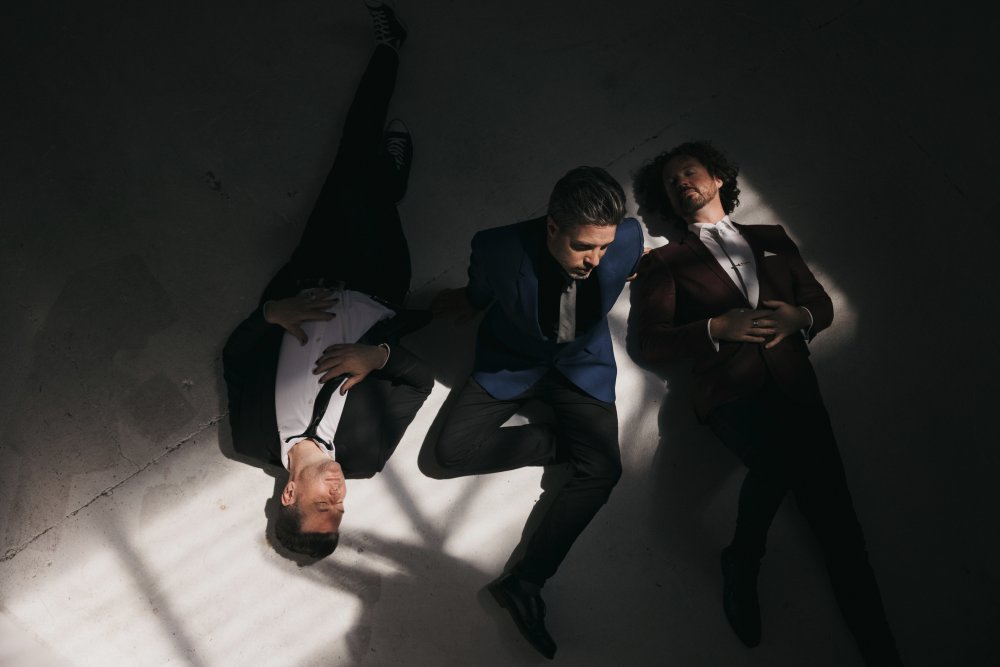 After announcing they will be hitting the road for a national tour in March & April 2022, and releasing their single ‘99 Ways‘ on February 12, Indie rock icons Eskimo Joe unveil their new video for ’99 Ways’ today.

Talking about the inspiration for the new video, the band says

“With the 99 Ways video, we wanted to convey an experience of what we all went through during lockdown; the internet became our universe, and the only way most people were able to communicate with each other was through messaging and social media. It was bittersweet… we were so lucky to be able to communicate, but not being able to see or touch our loved ones was incredibly frustrating.”
Directed by Kendra Fewster,  the ’99 Ways’ video was filmed in WA and has been created to watch on a phone in portrait format and best viewed using the YouTube phone app.

Kendra Fewster further adding, “Centralising around the feeling of longing for your significant other, Eskimo Joe’s new single “99 Ways” music video is based on their conversations through their phone screens. Unable to be in the same state, the two try to keep their connection strong. Having absolutely no option but to wait out their time apart, we watch their craving to be in each other’s company.”

The ’99 Ways’ video has a personal connection to Kav Temperley as his wife is the protagonist in the clip, Kav saying “We made the video with Kendra Fewster who is a mate of Joel’s. It involved sending a bunch of very personal photos to Kendra, and then informing my wife that our story was going to be the subject of the video clip with her as the star. The result is engaging and no matter how many times I watch it, I can’t help but read every line that is typed up on the screen. We’re so thankful to Kendra for doing such a wonderful job and treating my personal world with a huge amount of respect.”

Eskimo Joe will be playing their classic albums ‘A Song Is A City’ (2004) and their multi ARIA winning album ‘Black Fingernails, Red Wine’ (2006) in full.