Skip to content
Trevor Bolder was the bass player in ZIGGY STARDUST AND THE SPIDERS FROM MARS, WISHBONE ASH and URIAH HEEP, but passed away in 2013. He left behind a solo album which had been mapped out and his friends and family have helped complete it as a labour of love in his memory.

“Sail The Rivers” features guest appearances by URIAH HEEP bandmates Mick Box and Lee Kerslake (who passed away recently) and WISHBONE ASH bandmate Laurie Wisefield, along with Trevor‘s friends. The artwork on the LP is by Ioannis, who created the artwork for the last URIAH HEEP albums Trevor played on.

Trevor‘s widow Shelly Bolder shared these personal comments about the album: “Trevor would have been so proud. It was his dream to produce a solo album which he spent endless hours working so very hard on. Sadly, he did not get to complete this dream. With the magic of friends and family, we can all enjoy his beautiful music which can now live on forever. If Trevor were with us, I believe he would have dedicated this to Lee Kerslake who brought so much fun into all our lives.”

The lead vocals on the album are shared between Trevor Bolder and Derk Gallagher, who added: “When I heard how far Trevor had got with the album, I knew it had to be finished. His vision for the songs was there, so much was laid out, it just needed his friends and family to help complete it. Trev was with us in every recording session in spirit and this album is part of his legacy.”

“Sail The Rivers” contains previously unheard titles and Trevor‘s own interpretations of tracks he had given to URIAH HEEP to record.

The album has been released on Bolder Records (via Cherry Red) which was named after Trevor‘s father’s record shop, in yet another example the album being a family and friends project.

“Sail The Rivers” is available on CD for Christmas 2020 ahead of its release on streaming platforms in early 2021. 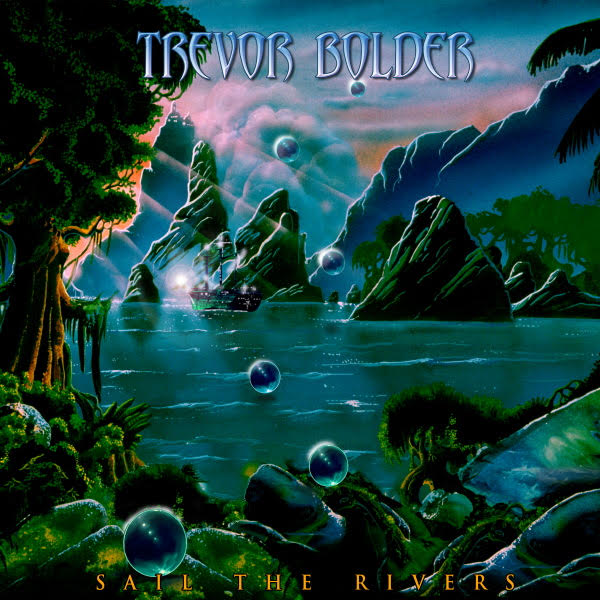 GENE SIMMONS On Partnership With GIBSON: ‘What I Want You To Get Out Of This Is Pride’