Sarah Minney, who does military research at the National Archives, got in touch as she had come across some photos of an unknown British band(s), dating from the 1958-1961 period.

She very kindly passed on the photos, which I have included here. We would very much like to hear from anyone who might be able to identify the musicians and the band(s). 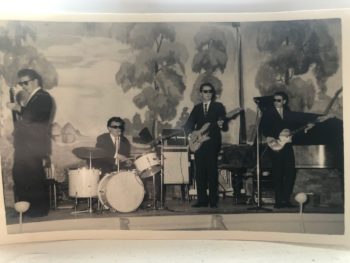 There are no details, although one photo is dated 13/4/58 and another is June 1961, which I have listed above. 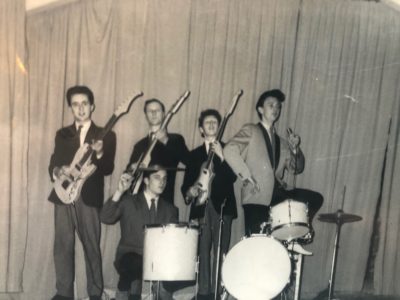 The photos were bought at an auction and came with a photo of west London band Jeep Rongle but it’s not clear if any of these musicians were in this unknown band. Another photo has a Wrexham address on the back. 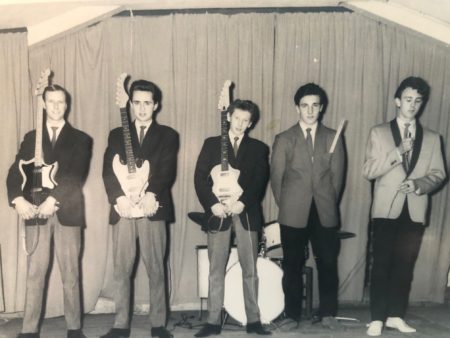 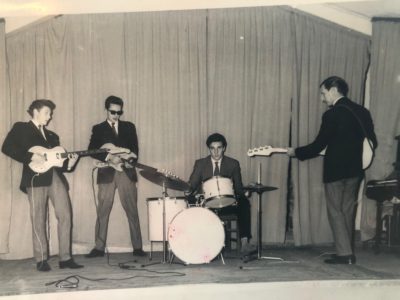 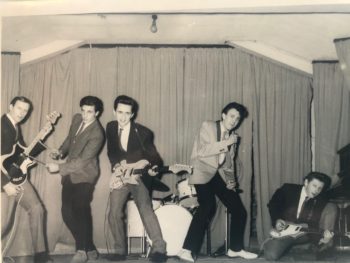