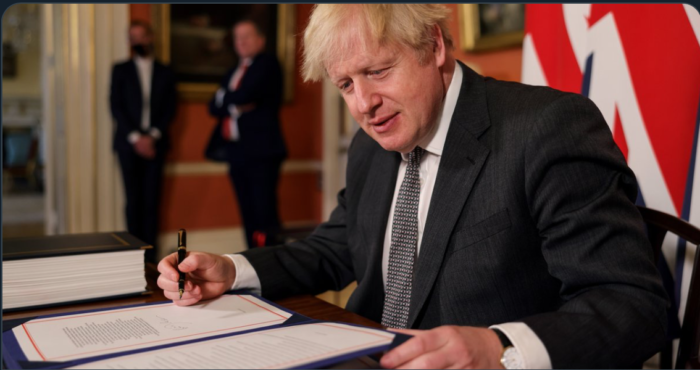 Looks like the ‘oven-ready’ EU deal is already burning.

UK creatives and musicians have been totally fucked by the UK government. The soulless and artless idiots who run the country have totally sold out the UK music scene – a music scene that is one of the key ambassadors for the UK round the world. For months people have been warning about the visas and how it could turn into the kind of farce that we have to deal with when trying to get into the USA (the er, special relationship where UK bands pay £5000 to get visas to tour the USA and American bands pay £50 to come to the UK).

Johnson’s government which is full of the creeps, weasels and downright liars that have become the norm in post-Trump politics have constantly told us one thing and delivered another. In this case, the UK rejected an offer of visa-free tours by musicians to EU countries, despite blaming Brussels for what the industry is calling the devastating blow of them requiring permits.

According to the Independent…’the  “standard” proposal to exempt performers from the huge cost and bureaucracy for 90 days was turned down, The Independent has been told – because the government is insisting on denying that to EU artists visiting this country.

“It is usually in our agreements with third countries, that [work] visas are not required for musicians. We tried to include it, but the UK said no,” an EU source close to the negotiations said.

The revelation comes after the shock threat of visas sparked protests that future tours will have to abandoned, at a time when musicians are already reeling from the impact of Covid-19.

And it sparked calls for ministers to reveal exactly what took place in the negotiations, after they insisted Brussels was responsible for the damaging new red tape.

Cabinet office minister Michael Gove on Saturday warned all kinds of businesses to brace for “significant border disruption” as more of the consequences from rule changes emerged.

The head of the Incorporated Society of Musicians (ISM) said she was “horrified” by the evidence that an offer on music was spurned, while Labour said fans would “not forgive” the government.

The row has sparked bitter recriminations after music bodies were repeatedly reassured that a Brexit deal would protect touring performers, as well as their support teams and equipment.

The post UK ‘rejected offer’ of visa-free tours by musicians in EU, despite blaming Brussels for permit blow appeared first on Louder Than War.