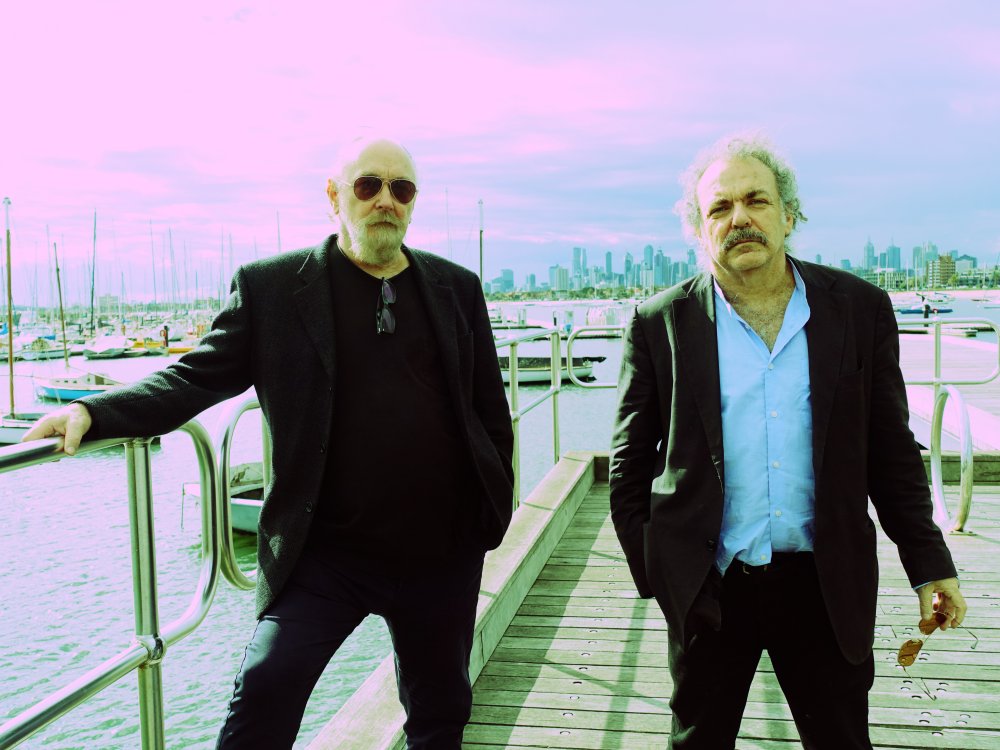 Covid be damned! Ed Kuepper (with Jim White) hits back with a slew of new and rescheduled shows.

And leading the charge is Murwillumbah. Announced on Monday as a last minute pop-up show to cover the shortfall caused by this weekends cancelled Queensland shows, the northern NSW country town sold out it’s performance in less than a day resulting in a second slot at local venue The Citadel. Add to that shows in Bellingen, Archies Creek, Margaret River and a new Melbourne show (follows Ed ‘n Jim’s sold out Rising Festival performance, the only Rising event thus far) and rescheduled shows for Cairns and both the Gold and Sunshine Coasts and Kuepper and White have got covid beat.

This week also sees the long awaited release of Kuepper’s three new albums; the double vinyl and CD release Ed Kuepper Singles ’86 – ’96, the Laughing Clowns retrospective Gold Days // When Giants Walked the Earth (vinyl and cassette) and The Aints! Live at Marrickville Bowlo with Ed and co. performing their debut studio release The Church of Simultaneous Existence in it’s entirety. Available now from all good independent stores or on-line via edkuepper.com