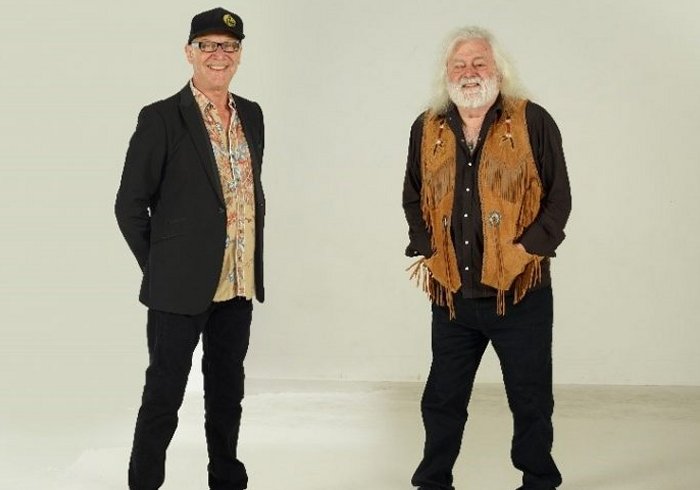 Australian music icons Brian Cadd and Russell Morris have a long friendship spanning more than four decades. Throughout the years they have occasionally joined forces and toured together, something that has always seen rave reviews and sold-out shows. Audiences have not only delighted in their music and their shared memories, but also their entertaining on-stage banter. After a run of successful shows earlier this year, they are back this July to perform a limited amount of shows rolling out their hits and more!

Together Brian and Russell deliver a dynamic show of not only their own songs, but also a selection of classics that are guaranteed to delight. Their friendship has been described as a beautiful entertainment bromance, ‘Brussell’, and its no surprise why. Their show together is a relentless sequence of hits, laughter and mockery! Never scared to take a jab at each other, on or off the stage, they know each other affectionately as ‘the turtle without a shell’ and ‘the Cheshire cat’. You figure out which one is which!

Brian Cadd rocks songs like Little Ray of Sunshine, Ginger Man and Don’t You Know Its Magic. He is revered as one of Australia’s influential musicians, and for good reason. In the 60s and 70s he was one of the most prominent musicians on the local scene and went on to carve himself a formidable reputation not only at home but also overseas. He has a stack of songwriting credits to his name, and his songs have been covered by The Pointer Sisters, Joe Cocker, Gene Pitney and Bonnie Tyler to name a few.

Russell Morris will perform his beloved hits Real Thing, Sweet Sweet Love and Wings of an Eagle. Acclaimed for both his psychedelic masterpiece and subsequent hits in the 1970s, and his recent blues-inspired albums, Russell is the consummate songwriter. His blues albums earned him a whole new fan base and introduced a new generation to his early music. An ARIA Hall of Fame inductee, Russell has worked with a range of legendary artists throughout his career including Jim Keyes and Darryl Cotton.

Don’t miss these two legends of Australian music as they join forces for these very special shows.