This Tuesday: Salem Hit The K! Pit For Their Fifth Show Ever

“Starting a band and playing a bunch of shows during a global pandemic isn’t the best idea anyone’s ever had. To be honest, I wouldn’t recommend it!” laughs Will Gould. And yet Salem wouldn’t exist without the spread of COVID-19.

Had the world not been engulfed by the coronavirus, Will – like so many other musicians – would have been too busy touring with his ‘main’ band Creeper to be able to devote any time to another musical project.

As it turned out, once the Southampton punks had released their second album, Sex, Death And The Infinite Void, in May, the singer felt the urge to make more music with his friend and Creeper tour manager Matt Reynolds. Joined by bassist Ranny Ransom and drummer Aaron Graham, the four-piece became Salem and began furiously working on a set of demos.

Read this: Will Gould: The 10 songs that changed my life

“We actually thought it was a non-pressured way of doing something,” explains Will. “With Creeper everything is concept-heavy and you’re in character. Everything in itself is a complete drama. Salem is totally different. For me this is almost the equivalent of forming a ska-punk band once you’ve been in the Polyphonic Spree! It reminds me of what I was doing in bands when I was 15, writing punk songs and realising that anyone could play NOFX or Clash songs. It’s about playing fast, and playing in a small room.”

When it comes to small rooms, Kerrang! knows the perfect place: Blondies – our favourite East London dive bar, home to The K! Pit in association with Nordic Spirit, where we have hosted everyone from Mastodon to FEVER 333. The ideal venue for Salem to play what was only their fifth show – which they did a few weeks back.

“Up until that point we’d only played four socially distanced shows and Blondies was show number five, so it could’ve gone horribly wrong, but we just had so much fun. It was really amazing,” smiles Will. “Playing a set in front of a camera at this point in the band’s career was a real privilege and we were super excited about playing The K! Pit too because it’s such a great thing to do. This is really the first time that anyone in the wider world will be able to see us, and it’s a great way to showcase what we do.” 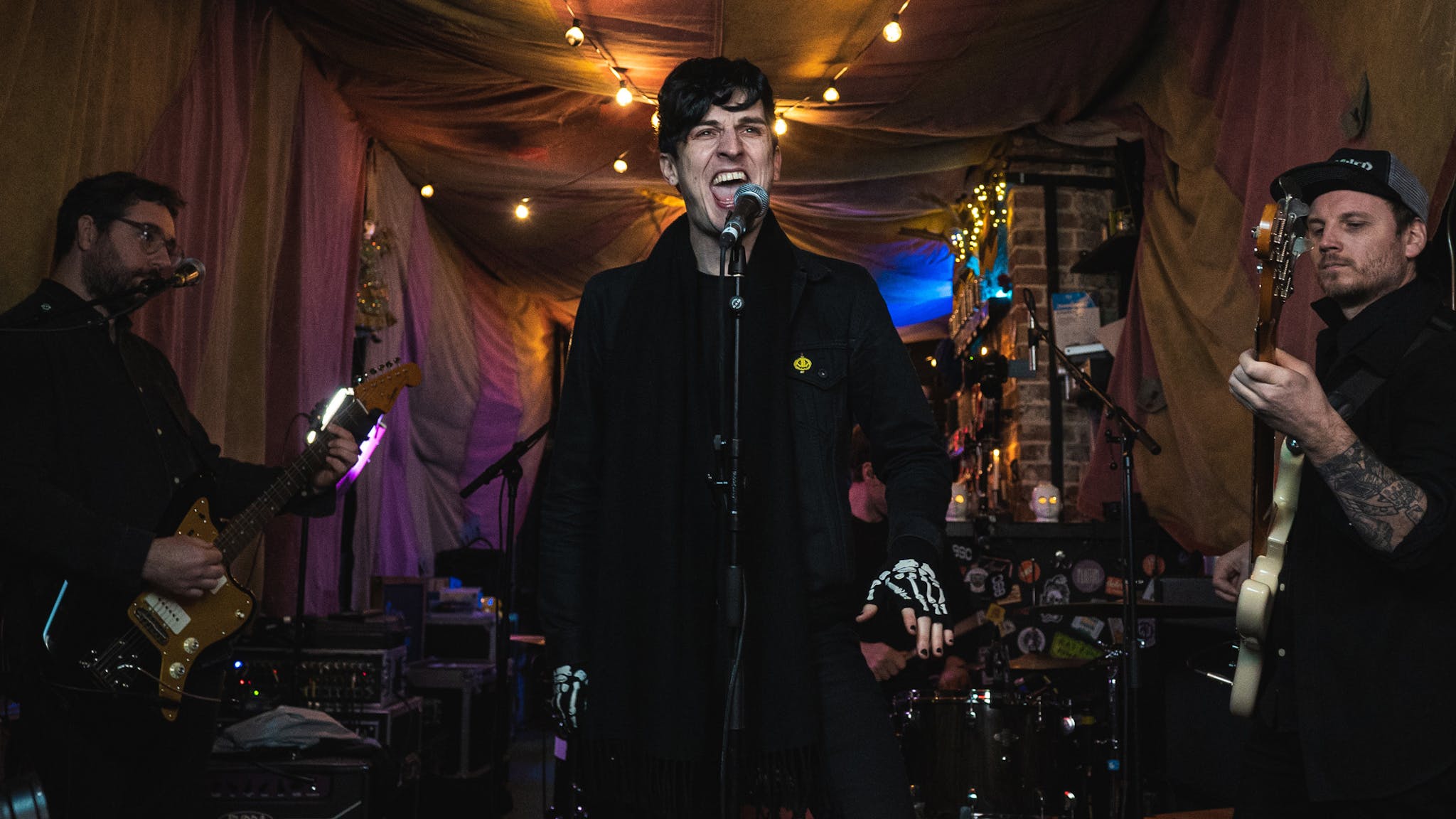 The band’s set revolved around their debut self-titled EP, and saw them pack in a selection of tunes that genuinely reflect the pop nous that lies at the heart of the band’s sound. As per governmental guidelines, the audience was absent adding a surreal edge to the proceedings.

“It was quite strange, but it also just underlined how fun the band is because we just played off each other. It’s really about playing with your mates, that’s probably what this band is really about,” says Will.

Salem’s K! Pit stream will premiere on Tuesday, December 1 at 6pm (GMT), 1pm (EST) and 10am (PST) on Kerrang!’s Facebook page and YouTube channel. Will and the gang will also be joining us on Facebook to hang out as we stream their set and chat to fans, so do join us.

You should also stand by for news of a rather excellent competition to win 20 exclusive, signed Salem K! Pit posters and – thanks to Nordic Spirit, the UK’s No 1 Nicotine Pouch* – a rucksack full of K! Pit swag plus a chance for you and three friends to win VIP tickets to Download Festival… More info at 9am on Tuesday on this very site…

In the meantime, check out Salem’s debut EP right here. 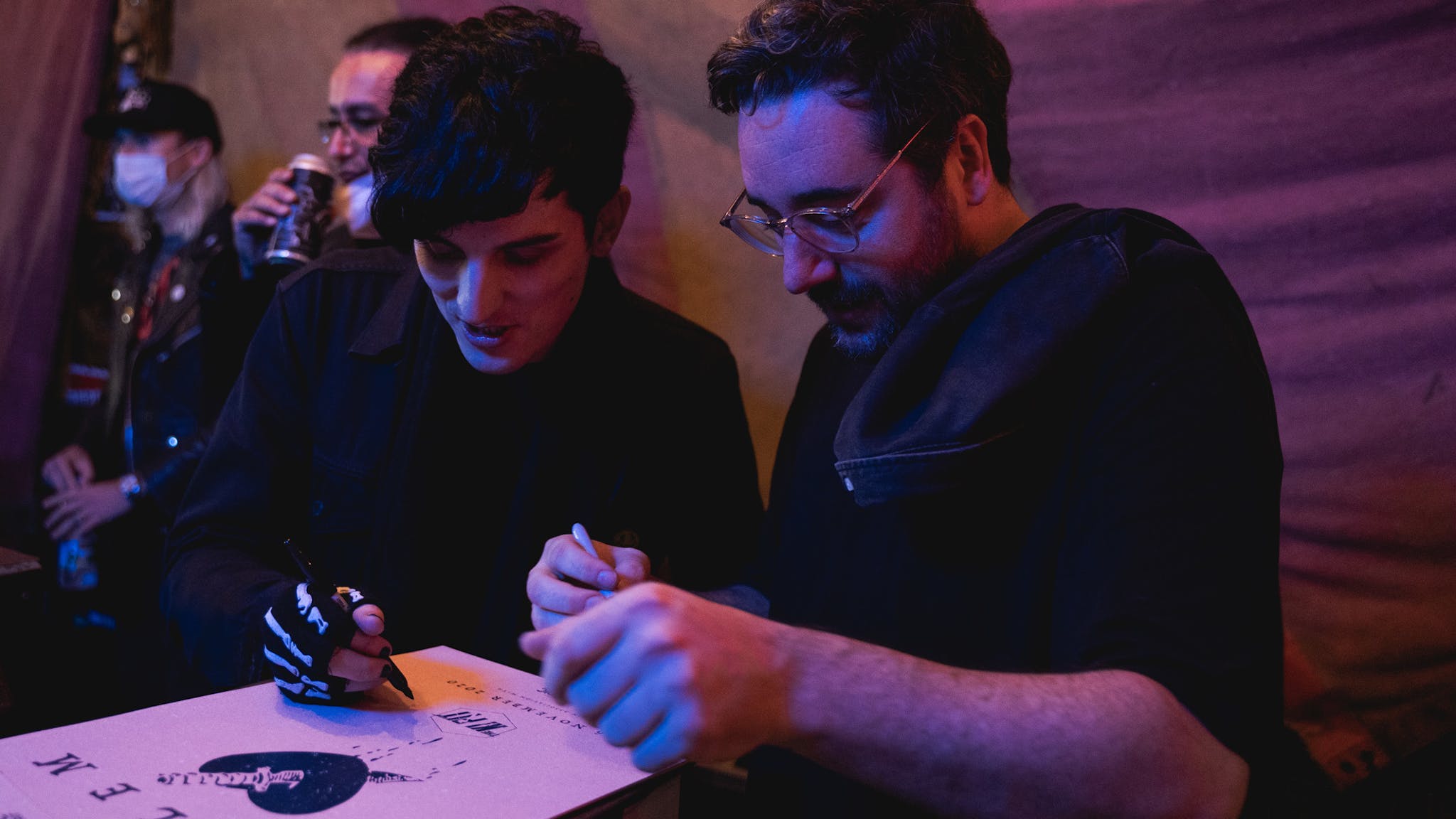 Read this: Now hear this: Will Gould on the best new post-punk, alt.rock and rock’n’roll