Think piece! Taylor Swift has a masterplan that is subversive and brilliant barbed lyrics to back it up 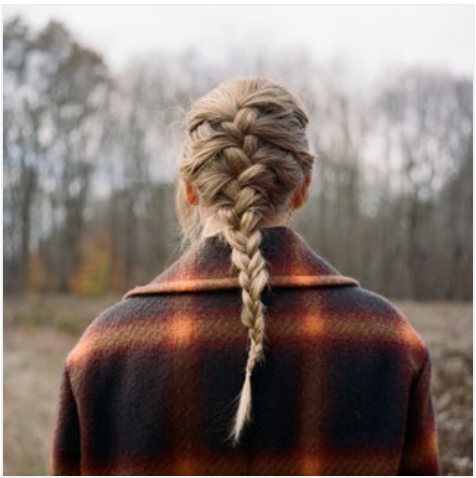 Alan Moore thinks that Taylor Swift has a masterplan that is subversive. It’s all there in the barbed lyrics. We know she’s on OUR side over major issues like the planet, greed, injustice and the gravy train that supports the Republicans in America and the Tories here, but how does a pop star say it…he explains it all here…

Taylor is getting darker, believe me.

After the triumphant streamlined pop of her Lover album, one would expect the biggest pop star on the planet to consolidate her position and mine the golden seam ad infinitum for the next few years.

It makes sense in the current climate of disposable throwaway gloss that dominates the airwaves and drives every rebellious jukebox to fuse and splutter to a cranky, disillusioned halt.

Yes, we lived through the 60s and 70s when music was part and parcel of the cultural zeitgeist of those exciting times, when your favourite popstars had credence and would attempt to enlighten us all with their vision, their opinions and their passion. Heady days indeed and after the Britpop explosion of the mid-90s we thought the whole shebang was in good hands, didn’t we?

Then there was little to cheer about.  We had various forays into hip-hop meets dancehall, Hip hop collides with classic soul, hip hop meets The White Album, We have had grime and garage, and grime is a grassroots cultural thing which has transferred over to the mainstream on occasions…but since the music industry wised up and locked out many of the more natural rebels it has been a bit of a wasteland out there in Popville.

It seemed that the various tribal elements of rebel music had entrenched themselves in especially music biz provided nesting boxes kindly erected on trees hidden deep in the forest.

The weird thing is nobody noticed this.

Nobody shouted out where is my global platform? Where is the place I can be heard? The savvy went onto YouTube and invaded your lugholes from there…but for every YT phenomenon there were many of us with total viewing figures of 23 after six months, the only thing going viral about us was something called COVID 19.

However, there was one woman hiding in plain sight. Taylor. A stunning looking girl with a sweet smile and a pleasant interview face. She made her country records and quickly became the darling of Nashville.

The one day she complained about Spotify paying her peanuts for millions of hits of her hits. The hip rock world rounded on her. She was selling millions of records and still, she wanted more they said. Well actually, no. I think she attacked them for the right reasons. There are many people across the globe who have had their music lifted by thieves like Spotify and not got a red cent from them. That was what she was getting at.

Part of Taylor’s strategy was to move from country into the mainstream. This she did with effortless aplomb picking up millions of kids who’d never heard a angry lyric in their lives and slyly subverting the beast which was “guiding her career” in the process by sugar-coating everything in the sound of the day.

Look What You Made Me Do. To an old cynic like me, this was what I’d been waiting for. Someone having the gall to go mega pop and yet retain a sting in the tail via her prodigious lyrical and literal stanzas of irony and humour on their rafts on the sea of heartbreak.

So here we are in 2020/2021 with the dust settling on Taylor’s last two albums recorded with friends at Aaron Dessner’s Long Pond studio, a log cabin in Hudson Valley, New York State, as far from the trad music biz as she could get. She has oft complained about artists being manipulated by record companies that are so short-sighted they can only see what is currently trending and want an immediate cash-in irrespective of the talent their artists may have.

Avril Lavigne fell foul of this after being a precursor to Taylor, Katy Perry and co in the early noughties. Simon Cowell famously said he couldn’t understand why he hadn’t uncovered an artist or band with the staying power and accompanying massive sales of a U2 or Coldplay. Can you believe that? He supposes that we lovers of pop music are so undiscerning as to accept that Shayne Ward or Chico was artistically valid as Bono or Chris Martin – whatever shortcomings we think those two gents may have?

In this article, I wish to take a quick look at Taylor’s latest work rather than her whole career. These two latest albums  (Folklore and Evermore) represent her creative peak thus far. You could argue they are an extension of Taylor’s habitual themes but I think they go much further than that.

Love is a bitch and so is life in general. Every single one of us wants to be loved taken in out of the cold and cherished. It is completely natural. Where these two records triumph is in that empty hanging space of disappointment, it could have worked out, it could have been perfect but like so many times before, it didn’t.

Right, Where You Left Me from Evermore is a classic example of this. The scenario of a woman ditched and left on the shelf is very moving. It is Miss Haversham’s house in Great Expectations, everything covered in a veneer of dust in a room where there is no light. Estella sits there with Miss Haversham’s ghostly hatreds in her heart but, unfortunately, Pip isn’t going to come in and rip the curtains open setting her free. The theme continues through Evermore. Classic singer-songwriter stuff, loss, regret, hopes dashed, bitterness just below the surface.

Evermore references Folklore throughout which is no surprise as both records were created in the same time period and environment. No Body No Crime is a female Neil Young circa After The Goldrush dark tale of infidelity gone wrong. Taylor said the record that was on rotation in the cabin during these sessions was The Freewheeling Bob Dylan which is curious because the lyric writing is spare and pragmatic with occasional poetic flourishes rather than visionary stuff, like Uncle Bob. But these two records are a volte-face to her previous work. In some respects she is a little like a certain David Robert Jones, of Beckenham, in that her feet are not rooted in clay; they are restless, constantly moving, like Joan Sutherland on a miracle drug which enhances performance, grace and eloquence.

As I have mentioned previously, Folklore and Evermore bookend each other and give us an artist forced by events to strip down and lay bare old bones and ghosts in an environment where truth is everything and fabrication of events cannot exist due to the musical confines of the records. Folklore is the start of a year ravaged by a virus which prohibits a lot of planning. It is an artistic change, of course, a river ox-bowed and forced off its natural track down to the sea. Folklore is Spring and Summer whereas Evermore is Autumn and Winter. Folklore opens up events and Evermore grants closure to them. The songs on both records are spare and dream-like.In part this mood is created by The National’s Aaron Dessner, long time collaborator Jack Antonoff, Bon Iver and the mysterious William Bowery (actually her boyfriend, the British actor, Joe Alwyn)

The key song on Folklore is The Last Great American Dynasty about an heiress who married an ailing old oil magnet. He shuffles off the mortal coil and she inherits, much to the distrust of the Rhode Island set; she brings in her mad partying buddies from the city. She is a “shameless, mad woman” to her neighbours until ultimately she spends the lot and “had a marvellous time ruining everything”. Presumably, she ends up in a small New York apartment drinking herself to death like Dorothy Parker did. She sells the house to Taylor, who is also considered to be a ”mad woman” and ends up having a marvellous time ruining everything.

A songwriting masterclass, maybe it’s Taylor’s best. The theme of madness does run through this album, love can be brutal when it shapes up into a fist and punches you in the guts, then the face, then the throat and you end up on the cliffs above a whirlpool ready to throw yourself in. (“Hoax”) Dark stuff beautifully executed and though it is all written from a woman’s point of view, it is easy to flip the themes over if you are a man. “Mad Woman” certainly arrested me. I know the feeling.  Evermore ends with a song called “The Lakes” where she wistfully wishes she were gazing at the Windermere peaks like Wordsworth, Coleridge, De Quincy and Southey. Many of us Northerners know about the magic of the Lakes. Surprising to hear Taylor eulogise about them though. But welcome.

The raw emotions on these two records are startling particularly if you think that Taylor is possibly the most famous “entertainer” in the world. She is laying herself wide open and I can see she yearns to be normal again, just respected for her writing, rather than clickbait, tabloid pages and sell-eb-rity. She possesses a humility and natural kindness that people such as Donald Trump would do well to take on board and unpack. Unloading the baggage collected over her short life, thus far, is not uncommon amongst great artists, but to do it so eloquently is unusual and that is why these two records are so good. Invest your time and your attention to the albums and I guarantee you will not walk away from the experience empty-handed.

The post Think piece! Taylor Swift has a masterplan that is subversive and brilliant barbed lyrics to back it up appeared first on Louder Than War.