Things we didn’t know a month ago: November 2020 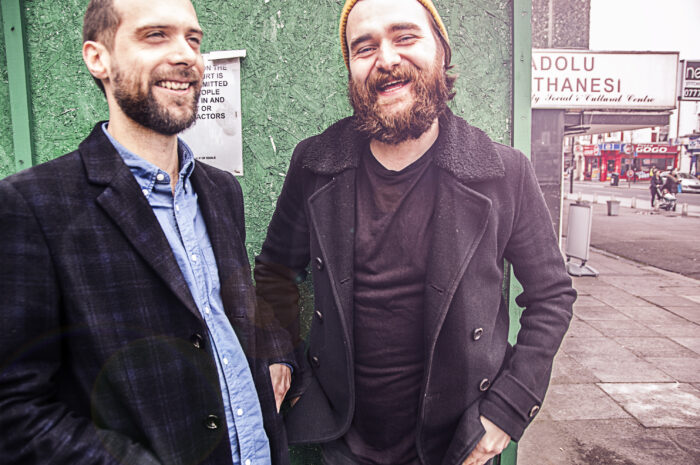 We could just call this the monthly singles page. Keith Goldhanger has been going through some new releases from November 2020 and catching up on one or two pieces of music that came out earlier in the year. Click here to catch those tunes whilst you read through all he has to say below.

There have been so many great tunes that have entered the public domain recently the pile of MP3s is nearly as high as the ceiling this month. New tunes by some of the bands mentioned in this column during the year (you’ll remember this as the one when we didn’t go out anywhere) are releasing follow up tunes that in one or two cases are even better and crazier than their debut releases.

‘Here I am again….’ Say YARD ACT at the start of their new tune Peanuts that cannot and should not be ignored. Play this alongside the NANCY track that’s been played to death (and written about in length here) and within six minutes you’ll be able to embrace an appropriate soundtrack to complement this gloriously fucked up life we’re all leading at the present time. Sneak in the Tiña (I’m not taking that long to learn how to type their name again) track People and then throw yourself out of the window whilst Croydon based duo FRAUDS are making such a ridiculous racket that’s so bonkers I’ll even show you a picture of what they look like (above).

Copenhagen (Alcopops records).
So what do we know about that city then?
Yes, you’ve guessed it, the (wonderful) location of the final dress rehearsal of the 2001 Eurovision Song Contest.
The one hosted by “Doctor Death and the Tooth Fairy” and where one of us saw Aqua (along with 35 thousand other people from at least 23 different countries).

This is crazy and crazy equals brilliant. One’s ears do not need to hear songs about walking though the hills and valleys holding hands and not having a care in the world. Some of us like the idea of a three-and-a-half-minute song that sounds like it’s twice that length and makes your head go funny. A song named after a city the two blokes in the band have never been to.
I’ve written enough – Listen to this as the catchphrase goes. It made me laugh and punch the air when I first heard it.
It might have the same effect of yourself.
Try it.

How much dancing are YOU doing around the house nowadays then?
I regret to inform you that 2020’s favourite seat has been occupied by a bloke who just lies back on his favourite cushion every night making pretend in his head that he is dancing around with the lights flickering behind the occasional burst of the imaginary smoke machine that should be permanently plugged in behind the sofa.

ROYAL BLOOD have gone disco. Yep! That’s right if 2020 wasn’t weird enough already. This big sounding duo (3 octave pedals, 2 guitar amps, a bass amp, and a switching unit which changes the routing to get several different sounds according to my mate Big Pete who knows about this sort of stuff….) have somehow managed to grab hold of someone who goes by the name of  Purple Disco Machine (I hope you’re remembering all these names) who have worked their magic to turn Troubles Coming (a song that that sounds like Boney M’s Ma Baker and a track from a forthcoming album) into a track we could listen to alongside Kylie. Give this a spin as you dance around the living room on a Friday night and try to sing as many other pop classics over the top of it whilst wondering whatever happened to all those Mash up Artists who we hope are working their magic on a track like this themselves.

SCALPING have a new tune out (You already know you’re going to love this).

Staying on the same wavelength HOLY FUCK have given us the glorious House of Glass this month. PVA have provided us with heaps of great remixes this month (The originals are very decent too).  At the beginning of November the MURA MASA remix of Talks was played on repeat. Then another remix came along that one of us loves even more.

This is PVA’s Exhaust / Surroundings remix by Daniel Fox of Girl Band. A banger as the kids in their hoodies would say whilst smoking fags stolen from their parents’ kitchen cabinet.

BECKIE MARGARET has released her best tune (Divine Feminine) to date (on Cool Thing records), AMY MONTGOMERY’s debut EP is worth a review on its own and ARXX  (Call me Crazy) are  a new name to one day investigate more of alongside ALEX THE ASTONAUT who made some of us happy with the ever so happy song I think you’re Great.  FORTY ELEPHANT GANG the trio that played a show in one of my neighbour’s gardens during the summer (read about it here) have a new tune and of course DRY CLEANING, who are now on 4AD, have given us this which I’d not be too surprised to learn you’ve all heard already. Just in case…

AK/DK have a new album out. This is a Snapped Ankles remix that proves to be an ideal collaboration.

ARE WE STATIC, MESADORM HAICH BER NA and far too many others have fabulous stuff available too (playlist at the top of this page) and there’s more than 100 other tunes that have been flowing out of the window whilst East London’s newest gardener continues to lean on his folk wondering why the foxes always seem to be digging up the best bits of soil during the night.

Finally we bow out this month (this year actually because at the end of December it’ll all be about the year’s highlights) CHUBBY AND THE GANG need to be tagged on the end as there’s just enough room and they’re making just the right amount of racket that makes me feel you’ll enjoy this now you’ve managed to get to the bottom of this page.

Keep your feet tapping, keep the music flowing and thank you for reading all of this, thank you for the music, stay safe, get through Christmas and if things get tough sit down and watch Mrs Browns Boys (to be safe I might suggest a piping hot Pot Noodle) and at that point of your life you’ll begin to realise that things really cannot get any worse.

The post Things we didn’t know a month ago: November 2020 appeared first on Louder Than War.