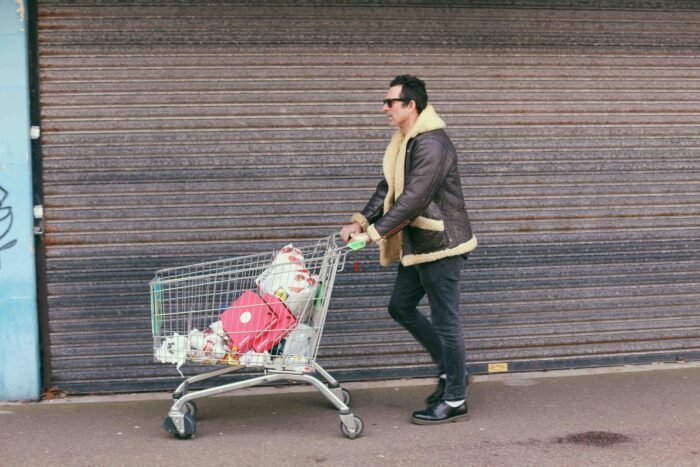 Keith Goldhanger reports on his latest discoveries that appeared during May 2021.

We’re halfway through the year and bands are still releasing the tunes they’ve been writing and recording instead of playing shows. This month’s discoveries are mostly from creators further down the line from their debuts but superb tracks nevertheless.

One man who did get around to playing a show this month is a new name to me but maybe not to those out there more on the ball than I. SCOTT LAVENE (main pic) came to my attention thanks to the magic of an Email gig invitation and although I think I’d still rather be pruning the roses instead of attending a gig sat around a table with friends not seen for a year, it did at least contain this gem of a tune that’s taken from a forthcoming album (his second) that’ll be released in September. Louder Than War did send Simon Reed along and the review can be read here. However, if like myself this name is relatively new, then listen to his recent tune Lord of Citrus (below) that will be on the forthcoming album and then sit back for eight minutes and digest Broke. John Robb mentioned one or two of Scott’s earlier tunes back in 2019 however one or two of us are still playing catch up.

LA JUNGLE are from Belgium and should not be confused with the UK band simply called Jungle who we already know, love and have caused us to dance around the living room for the past few years (New tune Talk About It became available this month), and of course the music genre or the book and film of the feral child with loads of animals as mates. LA JUNGLE’s recent “La Jour Du Cobra” (below) is another long epic frantic wonderful slice of entertainment that comes highly recommended from the just-released album Fall Off the Apex which is a throbbing hypnotic album of pure madness that puts them on the list of bands we’ve never seen but hope to one day when things get better list. An album to put on the same shelf as Battles or AK/DK and one to listen to after removing any sharp objects from arms reach. It’s a fabulous album and it can be heard here.

MODERATE REBELS are an interesting lot that apparently played their debut show (one song, half an hour) at Rockaway Beach a year or two ago and have decided to release three albums in 2021. The first of these is currently available and is wonderful. If You See Something That Doesn’t Look Right came out in April and is a chaotic yet compelling piece of work that one simply needs to see live one day. It sounds as though there could be dozens of people in this set-up, voices come at the listener from many angles yet it’s simple, not over-egged and sounds fun without sounding like a Polyphonic Spree tribute band. They were first mentioned on this Louder Than War page in 2018 and just like Scott Lavene deserves to be mentioned again.

Nice Swan records seem to be releasing one great new band with a great new tune after another great new band with a great new tune. From the label that has provided us already with the likes of Sports Team, Feet, Hotel Lux, Fur, plus countless others, we now have (The equally hard to Google) ENGLISH TEACHER whose debut release R&B will have one or two of us scouring the listings for the chance to catch live when we do eventually feel comfortable going out.

JAMES RIGHTON who soon we won’t have to keep mentioning Klaxons every time he puts out a new tune has provided us with a glorious piece of electronic pop music to help us through the day (Release Party) as have JAMES who are now climbing up to the top of the festival listings as we speak (again) with a fabulous new album (their 16th, reviewed here). SELF ESTEEM‘s I Do This All The Time has to be one of the singles of 2021 however a couple of late arrivals by new names ends the month as LARRY PINK THE HUMAN (he of Slaves) has provided us with ELEVEN11_GTR_SONG, BEE SIDES from Nottingham/Coventry have provided us with their sublime debut Give Me A Reason, CHILDCARE who I can’t remember if I’ve seen or not have provided the infectious Karaoke Mantra and WESLEY GONZALES along with ROSE ELEANOR DOUGAL have a new tune (Greater Expectations) that screams summertime…. and that’s where we’re going…. out into fields where stages are yet to be erected and to dream of wearing our stupid hats and festival footwear whilst we eat chips for breakfast dinner tea and supper before no doubt dancing once again to Donna Summers’ I Feel Love with total strangers…… is it safe to go out yet does anyone know? This is the new video for the latest FUR song….. enjoy!

The post Things we didn’t know a month ago: May 2021 appeared first on Louder Than War.