Things we didn’t know a month ago: January 2021 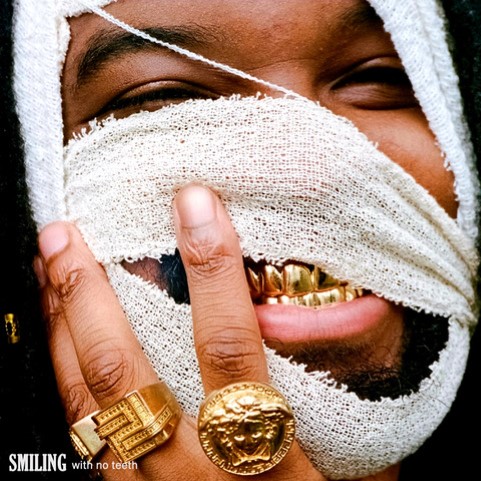 Keith Goldhanger has been trawling through loads of new releases during January 2021 and provides us with his highlights in this monthly article now in it’s fifth year.

It is possible that as 2021 grinds slowly through the weeks and months before morphing into 2022 we’ll get to a point where new bands releasing debut tunes will almost come to a standstill. The year ahead has started well though, some of the best tunes that have arrived this month may have come from acts half a dozen or so tunes down the line but newcomers are still arriving.

We’ll start the year by trawling the musical talent of Australia and make our way back home slowly.
GENESIS OWUSU (main pic by Bailey Howard), born in Ghana but has been living in Canberra most of this life will be releasing his debut album Smiling With No Teeth later this year. This track is rather brutal, beautiful and incredible. It’s a song that has the swagger of Benin City and the intensity of Young Fathers. A tune that by summertime will be heard here there and everywhere (sofa, kitchen and garden in today’s money).

THE HU are from Mongolia and are not to be confused with the band with the same name who once hoped they’d be dead before they got old and appeared to have spoken out in favour of Brexit before recently appearing to have changed their mind. THE HU have been sitting around the inbox for some time now and boast millions of listeners on their YouTube channel as well as over a hundred MILLION streams on Spotify which may now be enough to buy them each a bag of chips and a soft drink or two, which tends to mean stuff like this generally gets put to the back of the line. If proof was ever needed that no stones are left unturned in order to collate these pages then this is it. It’s easy to read the words ”Traditional Mongolian Instrumentation’ and ‘Metallica’ in the same sentence and simply move onto the next potential smash hit but in a quiet moment curiosity got the better and the play button eventually utilised. This band are ridiculous and ridiculous gets the thumbs up around here. You all probably know about the film about them on YouTube in fact some of you could probably tell me a thing or two more about this band yourselves however if you’re one of those like myself who has never heard of them before then their cover of Metallica ‘s Sad but True is a great place to start before delving into the back catalogue of this band even if it’s just for one evening.

The first big tune of the year that’s definitely not ridiculous and a tune one of us can’t stop playing comes from WILLIAM DOYLE. In one man’s mind (dreaming of gigs is the closest we’re going to get to actually going to a gig for a while) this is a Glastonbury pyramid headline tune with big lights that can be seen from the moon. It’s a tune as soppy as Radiohead with a chorus you’ll find yourself singing along to after a couple of listens and a piece of music that complements his back catalogue of three albums (two as East India Youth). William Doyle has a fourth album coming this year. This is a wonderful track you’ll need to listen to whilst having a hug with your loved ones.

Liverpool duo POLICE CAR COLLECTIVE, however, are a band that could soundtrack the dreadful aftermath of a failed relationship. Debut track All the Time is the sound of a man sitting on his bed crying in his beer and writing a song about it. We’re all aware of the subject matter here; Insomnia, losing the best thing that ever happened because it all fell apart stuff, it’s over, you’ve got your A-levels coming up and not only have you told everyone you know now that you’ve just split up from the one you dreamed of running through fields with until you were eighty years old, you’re now telling us.
Strangers.
Once you get over that bit though this is a marvellous hands in the air love song that you might not really want to hear if you’re back in bedsit land after thee and a half years of non-stop shagging and arguing. Probably would have been a better song if it was about gardening or skateboarding but there’s more coming apparently. This could go either way, one to keep an eye on as some might say.

Remember the name PAUL LEARY? If you do then you weren’t there. Butthole Surfers bloke and all-round clever bastard responsible for producing loads of albums and making a few of his own with various other people. Born Stupid invites us into the land of Johnny Cash or Leonard Cohen and it’s the lead track of a forthcoming album on Shimmy Disc which should be more than enough information anyone needs before hunting it out.

YARD ACT deserve a few more pages of their own already and their new tune Dark Days is yet another fabulous piece of music everyone should get to hear this year.  Every song the Leeds quartet have released since we stopped going out has been a tune many of you will learn to love. A clever Half Man Half Biscuit, a northern Mike Skinner and the band we thought Bogshed sounded like until the Bogshed records came out again in the week and it was realised that all of these comparisons are all way off the mark. It’s tempting to think this could be a coherent teenage Mark E Smith teaming up with The Gang of Four. I’ve got eighteen hundred words to provide this month so I’ll keep this in, however preposterous it all sounds when read out loud. One can’t help reading and writing about Yard Act without hearing the distinctive voice of singer James Smith echoing around your head (James Smith? We all thought you were called Graham?). A bit like I’ve just managed there and nobody noticed. Not until this additional bit was added in the hope that the target of a minimum seventeen hundred and ninety-nine words gets accomplished. It takes real guts to fake…you get my point.
That new Tom Jones tune that Ged Babey wrote about here sounds terrible after three listens so I’m dragging ALIEN TANGO back into the frame for our new favourite Pop Star (another line to use on the posters one day). In years to come when staring at the walls in your living room are all but a distant memory you all need to go and see Alien Tango live. There weren’t enough people there when the chance was available previously. Many of you may not know what you’re missing and many of you will love this band at least once, maybe more.
January 2021 has provided us with news of a couple of deaths that need mentioning here. First of all, Mark Keds from The Senseless Things passed away this month. We’d had a few beers many years ago and then spent over 25 years waiting (via mutual friends) to casually bump into each other again. It didn’t happen. Would have been a fun few minutes I reckon.
Then one old bloke who likes to believe has his finger on the button, spends an unhealthy number of hours every day browsing the internet with the radio on in the background finds out that Steve Tyson from MUSH died. How is it possible to have not heard this news after 8 weeks?
Thoughts go out to friends and family of both individuals.
If we can dream about our favourite bands playing stadium shows with big lights that you can see from the moon then we can dream about our favourite bands sharing primetime television hours on a Saturday night. What kind of world do we inhabit where a country that produces so much great music still deems it necessary to provide the general public with a show involving ‘Celebrities’ wearing masks singing songs we all know whilst people such as LYNKS exist (click on the Lynks link to hear it)?
This new tune by Lynks would be on my TV show without a doubt and, if that doesn’t scare the grannies and excite the teenagers, then (the offspring of Ginger Wildheart) JASMIN BEAN (above) or SAINT AGNES could do the job.
TOM SPEIGHT seems to be preparing himself for big gigs one day with some big tunes that one of us would like to stand amongst friends to watch one day. His new video had to be made at night time because Alien Tango was using the Millennium Bridge during the day (probably) and one expects a few more acts may utilise this London landmark when deciding where to fo with their video cameras during the rest of the year.  7T2NAMES have provided us with The Power, a gorgeous soppy tune that one would expect to be played to death inside the backstage bars of music festivals whilst we’re all in the dance tent losing our shit to tunes such as this from BLU DE TIGER who is yet again someone one imagines everyone else in the world may be more knowledgeable about than those of us that can now name a quarter of the line-up of Yard Act.
Glastonbury has become Glastoffbury again this year so we’ll spend another summer sitting on the edge of our beds listening to forthcoming indie disco favourites The LATHUMS or THE LOTTERY WINNERS. As they provide the soundtrack, we’ll enjoy and no doubt be reminded of again once Match of the Day is fed up with Sports Team soundtracking the Goals of the month.
Best Electronic dance track of the year so far goes to BICEP whose Apricots tune (above) is a tune you won’t be able to leave alone once heard and if that’s not enough there are plenty of remixes of this out there to keep us all going until we really do find ourselves wandering into spaces at festivals with this being given the once over at ear-splitting volume. A moment that may still feel so far away unless you can still find time to dream,  (one of the least expensive past times known since time began).

Finally, this is ANORAK PATCH who have one or two tracks worth listening to (sorry for being so vague. If I did a radio show just to get stuff like this out of the way then I’d have nothing else to do during the day). These tracks are just a few new tunes that need your ears. Listed here is everything I’ve been listening to during January 2021. Have a browse and write to your favourites with a compliment. This behaviour during these odd times is certainly worth encouraging and certainly a form of escapism from this crazy fucked up world we’re experiencing.

More next month of course xx

The post Things we didn’t know a month ago: January 2021 appeared first on Louder Than War.