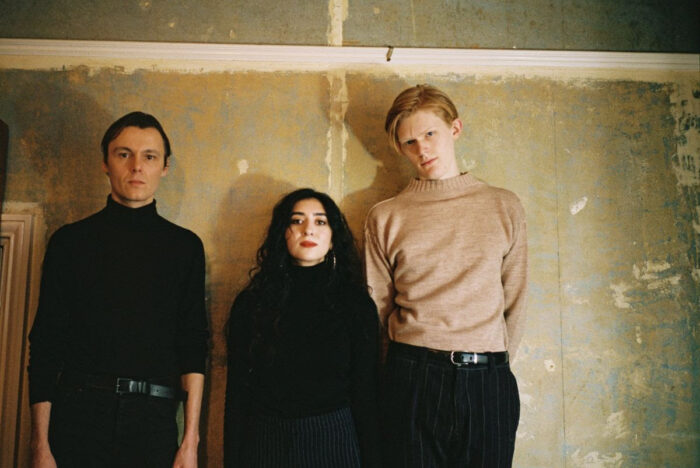 The Shadracks are set to return with a new album on Damaged Goods in August. Check out the first taste, the single You Can’t Lose, right here.

Led by Huddie Shadrack (son of Billy Childish, who has also produced their new album), with The Horrors’ Rhys Webb on bass and drummer Elisa Abednego, the trio deal in exactly the type of stripped-back brash garage rock that you’d expect from their lineage. It cuts straight to the bone, no mess, no chaff. Pure crunching rattle rock ‘n’ roll. Fired up and brash, Huddie’s voice naturally sounding like his father’s, they bash out more of that great Medway garage sound. “It’s about wanting something you can’t get,” explains Huddie. “Chasing the unobtainable and finding yourself at the mercy of your pursuits.”

The band released their debut self-titled album in 2018 and are set to release their second, From Human Like Forms, this August on Damaged Goods. They have also confirmed their album release show at The Cave Club night (Moth Club, London) for Friday the 13th August. Tickets are on sale here.

The post The Shadracks: New video and album news appeared first on Louder Than War.