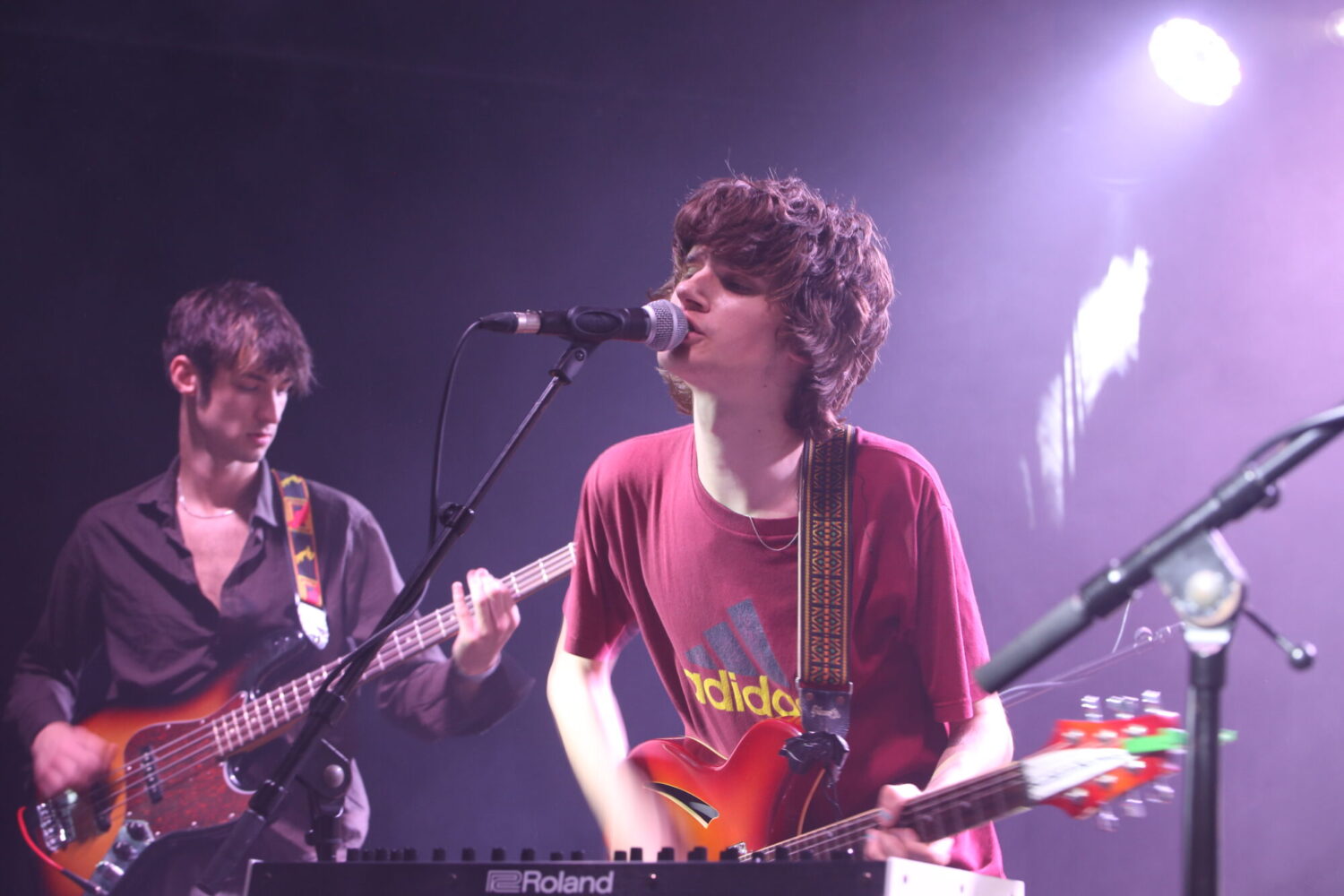 The Trades has a deserved reputation as a venue that punches well above its weight as big names acts queue up to play intimate gigs, but Mal who books the acts has been an indefatigable supporter of young local bands offering them prized support slots, including tonight’s headliners The Lounge Society.

There is definitely something in the water in the Calder Valley at the moment producing a host of impressive new bands. The Orielles famously played gigs here as callow teenagers before getting signed by Heavenly, and then Working Men’s Club trod the same path via series of increasingly incendiary gigs.  All three acts on this bill have benefitted from Mal’s generosity, including hometown headliners The Lounge Society, who have scored a deal with Speedy Wunderground. 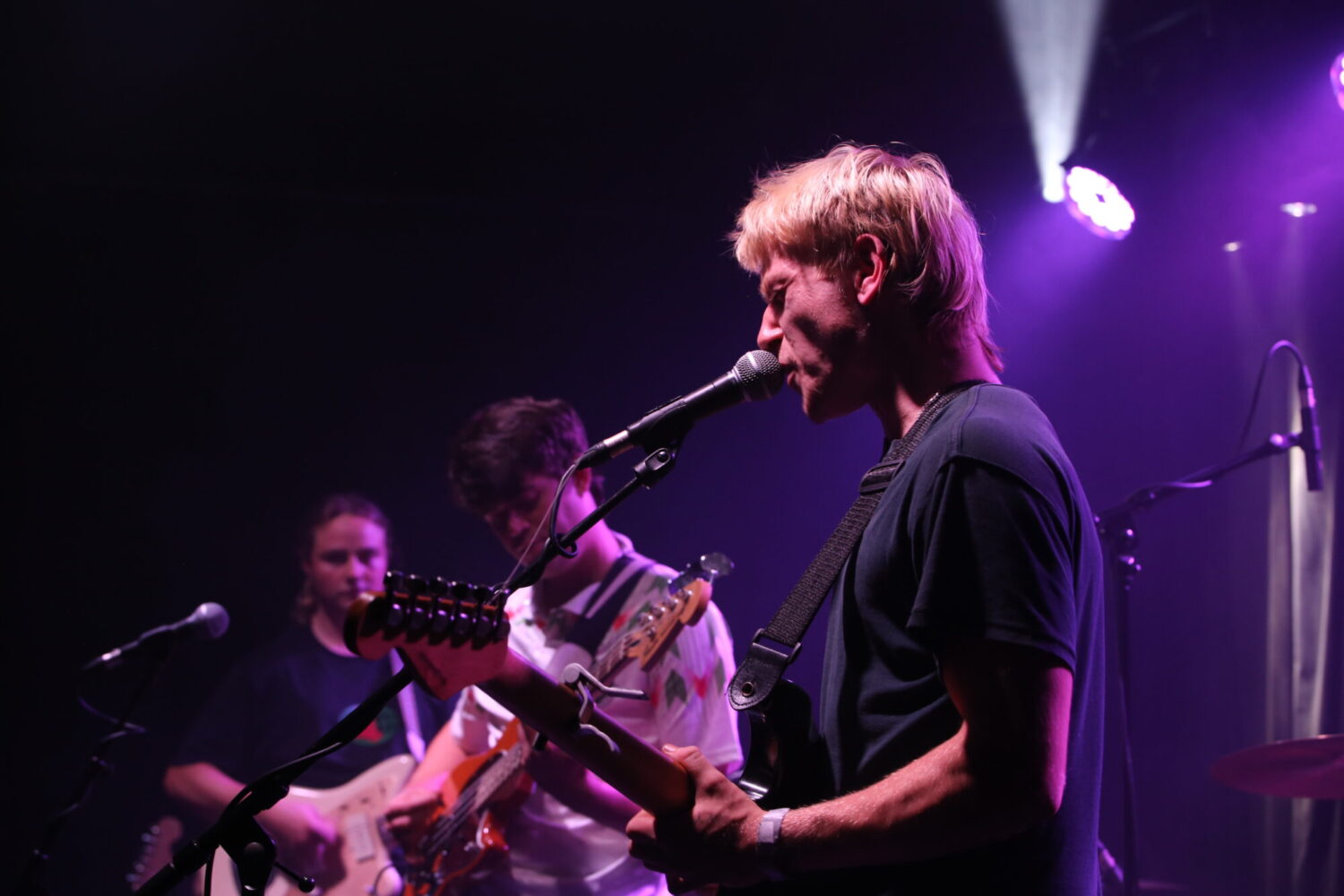 First up is Splint frontend by Jake Bogacki who was a founder member of Working Men’s Club before he moved on taking his own direction. The result is a very tight four piece who have been quietly working away for the last year in a Manchester rehearsal studio, and that enforced layoff had worked to their advantage as Bogacki’s singing and guitar playing have really grown in confidence.

But this is no vanity project as the other three are totally bought into a short set of angular, smart indie rock that suggests the direction Bogacki might have wanted to take his old crew.  That said they have their own sound, and although their debut gig might have been short Splint are definitely a band well worth keeping an eye on. 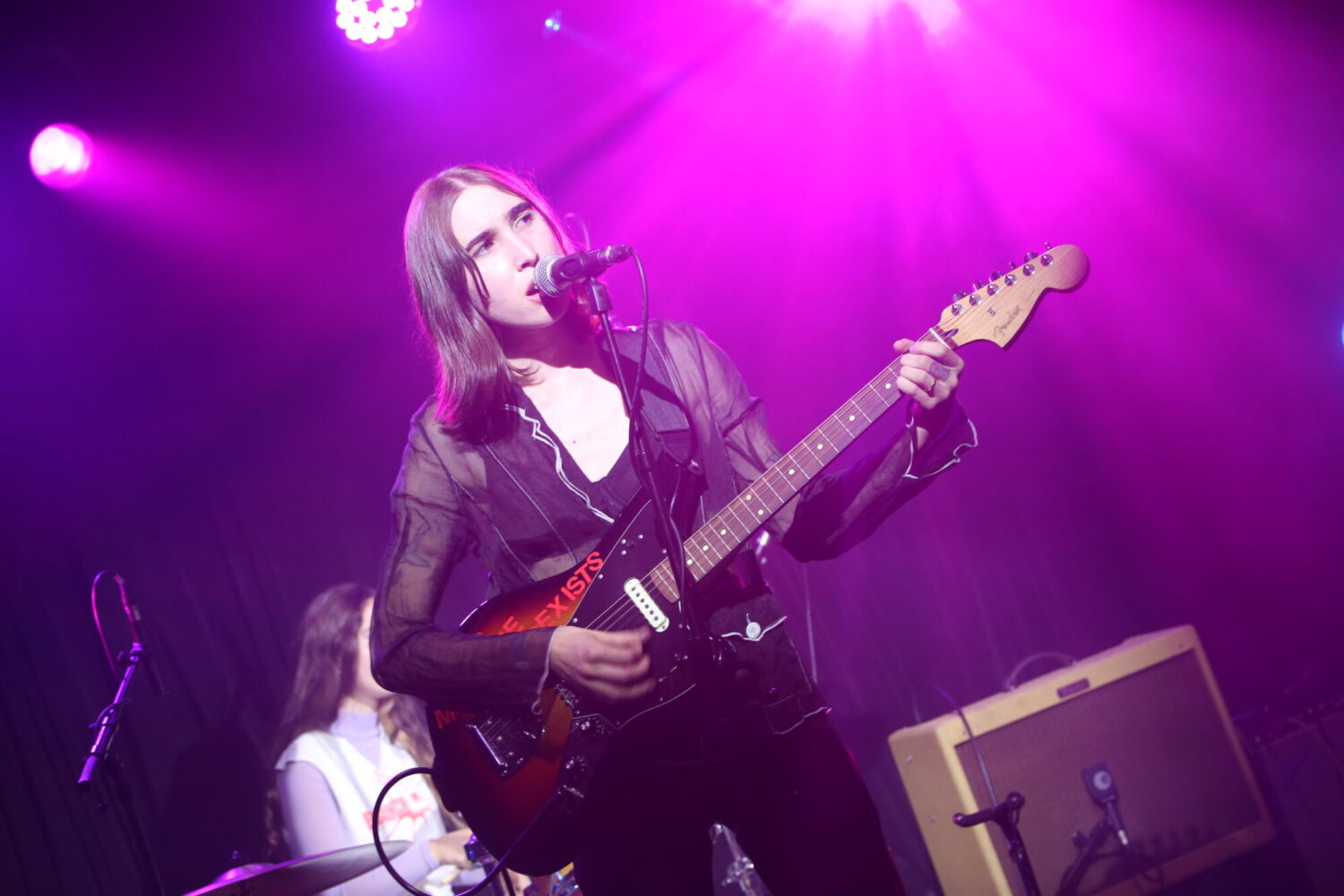 In complete contrast was another Working Men’s Club alumni Julia Bardo who offered a gorgeous set of dreamy indie pop influenced by the sort Euro pop she grew up within their native northern Italy where she learnt her trade playing in her old mam’s bar, with a bit of Nancy S, Nico and Laura Nyro thrown in. Bardo is another whose singing and playing has grown in confidence as she oozes star quality fronting a well drilled band who make her splendid dreamy pop singles a bit more direct.

In a world where sports stars are leading the way in highlighting mental health issues, her single It’s Okay (To Not Be Okay) is a call for all of us to look after ourselves in these weird times. Her splendid debut album Bauhaus, L’Appartmento gets a good airing and a particular highlight was a punchy version of truthful single Do This To Me, which was just divine. Bardo is an unusual songwriter who has gone off in a totally new direction and it has paid off. 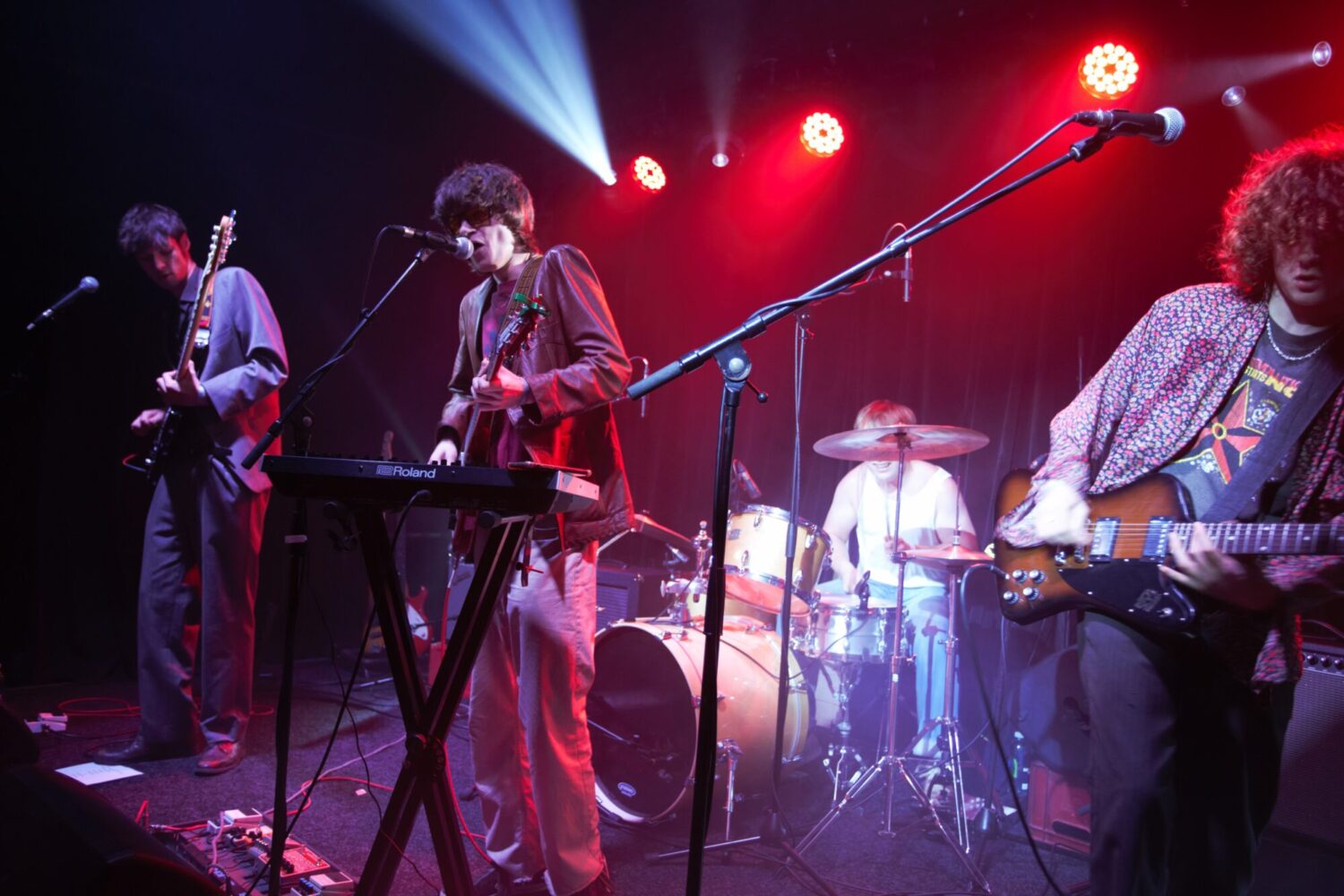 Last up were The Lounge Society, who played their first gig around the time they were thinking about which college they might be going to after GCSEs.  Back then they were still finding their feet, but by ‘eck they have turned into hugely powerful four piece gleefully swapping instruments and vocals as they blast out a series of tunes to a lively audience made up of people they were at school with.

The video for the driving opener Cain’s Heresy, from their latest EP Silk for the Starving, was shot in this venue is an indictment of fashion zombies.  It’s percussive post punk sets out their stall followed up swiftly by the twitchy paranoia of Valley Bottom Fever, which is actually a thing round here as people can go stir crazy after months of darkness.

The set really took off with an angry rendition of their second single, Burn The Heather, about local landowners who burn it off for grouse shoots on the local hills. That contributes to the floods that have blighted this town in recent years, and given most of the people singing along will have lived through some biblical deluges that have poured through a town where it rains 200 times a year it felt really raw and pertinent.

They rounded off a confident performance with their debit single Generation Game as a choppy anthem for disaffected youth in West Yorkshire and those around the country who want a real voice in a burning world.  This pretty breathless set really whetted the appetite for what is an eagerly awaited debut album.

It’s all well and good being given a chance but you need the chops to back it up.  The three acts on this bill may all be at different stages of their careers, but in their very distinctive ways have produced tunes that have more than repaid Mal’s early faith in them.