The K! Pit Returns On Tuesday With Higher Power

“It was sick! That’s all I can really say about it! There was no audience allowed in but we just had such a good time. It was nice to have a slice of what felt like normality,” says Higher Power frontman Jimmy Wizard, reflecting on the live set the Leeds five-piece recorded for Kerrang! at Blondies, our favourite London dive bar.

In fact, the excitement demonstrated by Higher Power at heading to London to play The K! Pit, in association with Nordic Spirit, was pretty evident from the minute they walked into the venue. For the quintet – Jimmy, his drummer brother Alex, guitarists Louis Hardy and Max Harper and bass player Ethan Wilkinson – the audience-free, socially-distanced gig marked their first full electric performance since the shows they played opening for Beartooth back in February before the pandemic hit.

“Those last shows with Beartooth were great and they were on really big stages, so I got to jump around all over the place which was amazing. Being back in a bar was a bit weird after that because I didn’t know what stage moves to pull!” he laughs, “But The K! Pit is actually perfect for us – a tiny bar, a blur of sound, that’s our area! It’s where we come from and where we feel at home.” 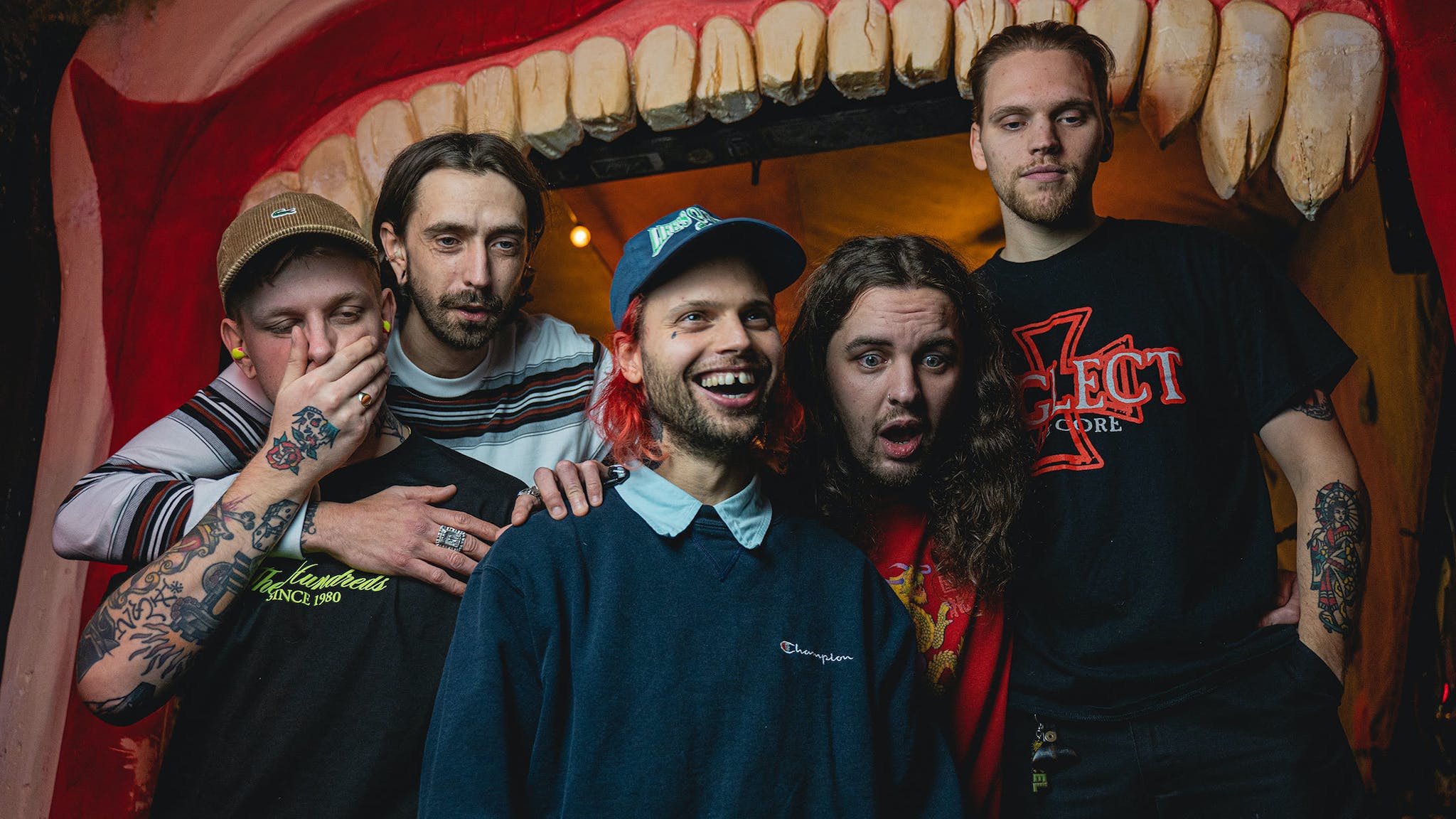 The show itself also allowed the band to run through a set based on their latest album, the 4K-rated 27 Miles Underwater which was released back in January. One of the albums of the year, the band’s second offering was produced by Gil Norton – the man who has helmed classic albums by Pixies and Foo Fighters.

“It’s hard to gauge the impact of the record, because normally we should’ve been out there touring on the back of it and seeing how people have been reacting to it,” reflects Jimmy, “I hope people are still out there discovering it, and I only have fond memories of it because we loved making it and we’re really proud of it.”

The band’s K! Pit set showcases the light and shade of the album’s material, that includes the likes of Shedding Skin, Rewire 101 and modern-day anthem, Seamless.

Since we couldn’t invite anyone to hang out at the show, Higher Power will be joining us on Facebook to hang out and chat to fans as we stream their set.

The set itself will stream on Tuesday November 24 at 6pm (UK), 1pm (EST) and 10am (PST). It will be the first in a weekly series of the COVID-19 edition of The K! Pit, which will air every Tuesday for the next few weeks.

And stand by for news of a rather excellent competition to win 20 signed Higher Power K! Pit posters and – thanks to Nordic Spirit, the UK’s No 1 Nicotine Pouch* – a rucksack full of K! Pit swag. Plus one very special prize that will set you up perfectly for the summer of 2021… More info at 9am on Tuesday on Kerrang.com.