The Don Is Dead – film review 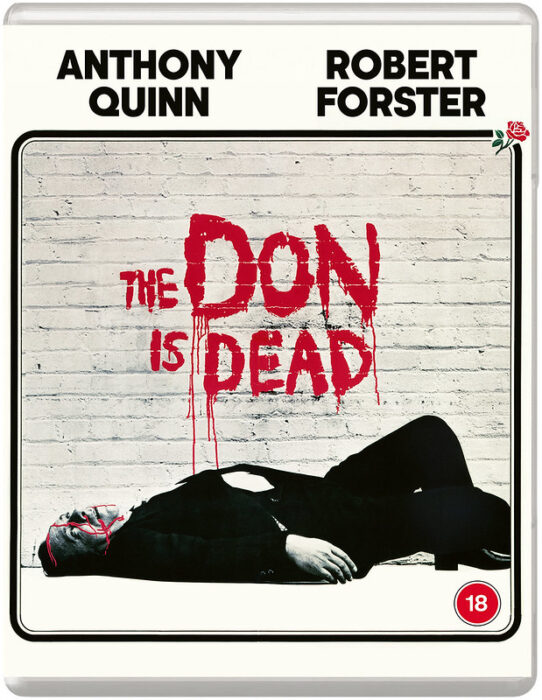 Jamie Havlin examines a gangster saga that is perhaps Hollywood’s most underrated Mob movie of the 1970s.

The staggering commercial and critical success of Francis Ford Coppola’s The Godfather (1972) ensured that a rash of gangster-related productions would follow. Two of the cast here – Abe Vigoda and Al Lettieri – had even appeared in that film but this is far from a xerox style copy of Coppola’s operatic Mafia masterpiece. As Craig Ian Mann argues in his essay Underboss, that is part of this release package, The Don is Dead follows more in the footsteps of classic 1930s gangster movies by ‘taking inspiration from true events in the American underworld.’

Directed by Richard Fleischer (Soylent Green, Mr. Majestyk), the film opens with Frank Regalbuto (Robert Forster) and Tony Fargo (Frederic Forrest) together in an apartment, taking turns to furtively survey the street below from a front window.

A heroin deal is about to be concluded and there is no shortage of mistrust and therefore danger as they meet up with the pair of men they’ve arranged to do business with. Jerry Goldsmith’s jittery score ramps up the tension as the money and drugs are about to be exchanged. And it emerges that these four men are not the only ones privy to the details of the deal. 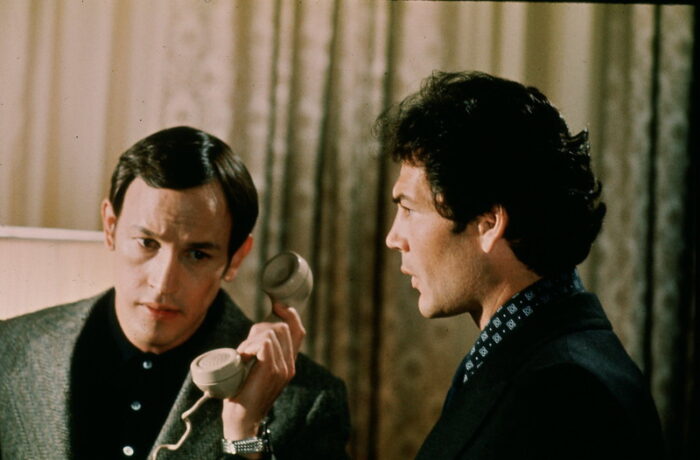 Sadly for Frank Regalbuto, his crime boss father dies unexpectedly in the following days.
As his sole heir, Frank wants to take over his father’s interests but at a Mafioso gathering of families it’s decided that, due to his inexperience, he should instead pledge his allegiance to his father’s great friend Don Angelo DiMorra (Anthony Quinn), with the promise of stepping into the shoes of the much older man when he dies. Frank agrees to this but Luigi Orlando (Charles Cioffi), a Machiavellian consigliere of a family whose don is currently imprisoned, has plans of his own. He devises a scheme which will bring Frank and DiMorra into conflict in the hope that he’ll end up in a position to seize control of all Mafia operations across the entire city.

Orlando’s plan involves Ruby (Angel Tomkins), a beautiful young singer who is dating Frank but whose chances of a record deal could be helped more by DiMorra. It succeeds in setting up a feud that will quickly trigger a mob war. Don Angelo has better mob connections and is thought to be the more canny leader but Frank has the impressive support of the Fargo brothers: Tony supplying the brains, Vince (Lettieri) the brawn.

The violence, which hasn’t been in short supply up till this point, is about to escalate. 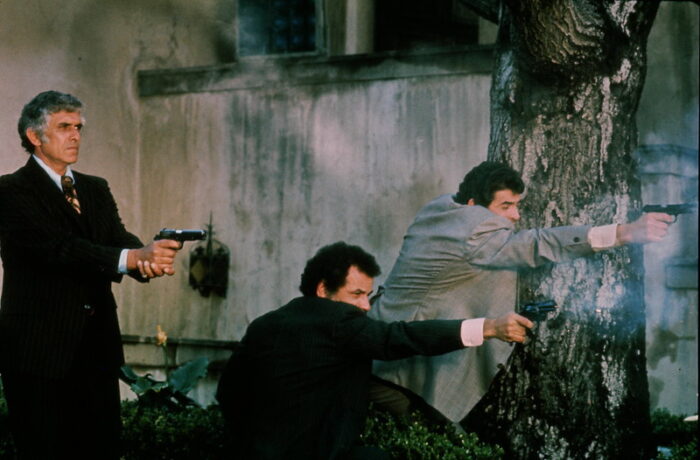 Based on Marvin H. Albert’s novel The Don is Dead, with Albert co-writing the screenplay with Michael Butler and Christopher Trumbo (the son of Dalton Trumbo, the famously blacklisted scriptwriter), the story is well paced and the plot absorbing and frequently far from predictable. Sympathies can switch too. Despite his consistently hotheaded actions, audiences are likely to initially root for Frank but when he erupts into a berserk rage on discovering that Ruby and DiMorra are closer than he could have possibly imagined, he demonstrates his complete lack of any moral compass. DiMorra, despite his many faults, at least retains some sense of decency throughout, such as when early on he’d urged Frank to lay-off any more smack deals.

Fleischer handles the action effectively although the production does suffer from its budget constraints – the sets aren’t always convincing as to save money they had to be shot on Universal Studio’s backlot.

Multiple Oscar winner Anthony Quinn convinces as a Mafia boss – even if his heritage was Mexican and Irish rather than Italian – and it’s always a joy to see Robert Forster (Jackie Brown, Medium Cool) onscreen. Here he even manages to look cool while wearing a wide collared Crimplene shirt and a safari suit.

Okay, The Don Is Dead might be nowhere near the dramatic equal of The Godfather but precious few films are. It is, though, one of the best mob movies to emerge in the wake of that film and definitely worth seeking out.

Special features include a new feature-length audio commentary by author Scott Harrison and a collector’s booklet featuring an extensive essay on the crime films of director Richard Fleischer by film writer and journalist Barry Forshaw.

All words by Jamie Havlin. More writing by Jamie can be found at his Louder Than War author’s archive.

The post The Don Is Dead – film review appeared first on Louder Than War.