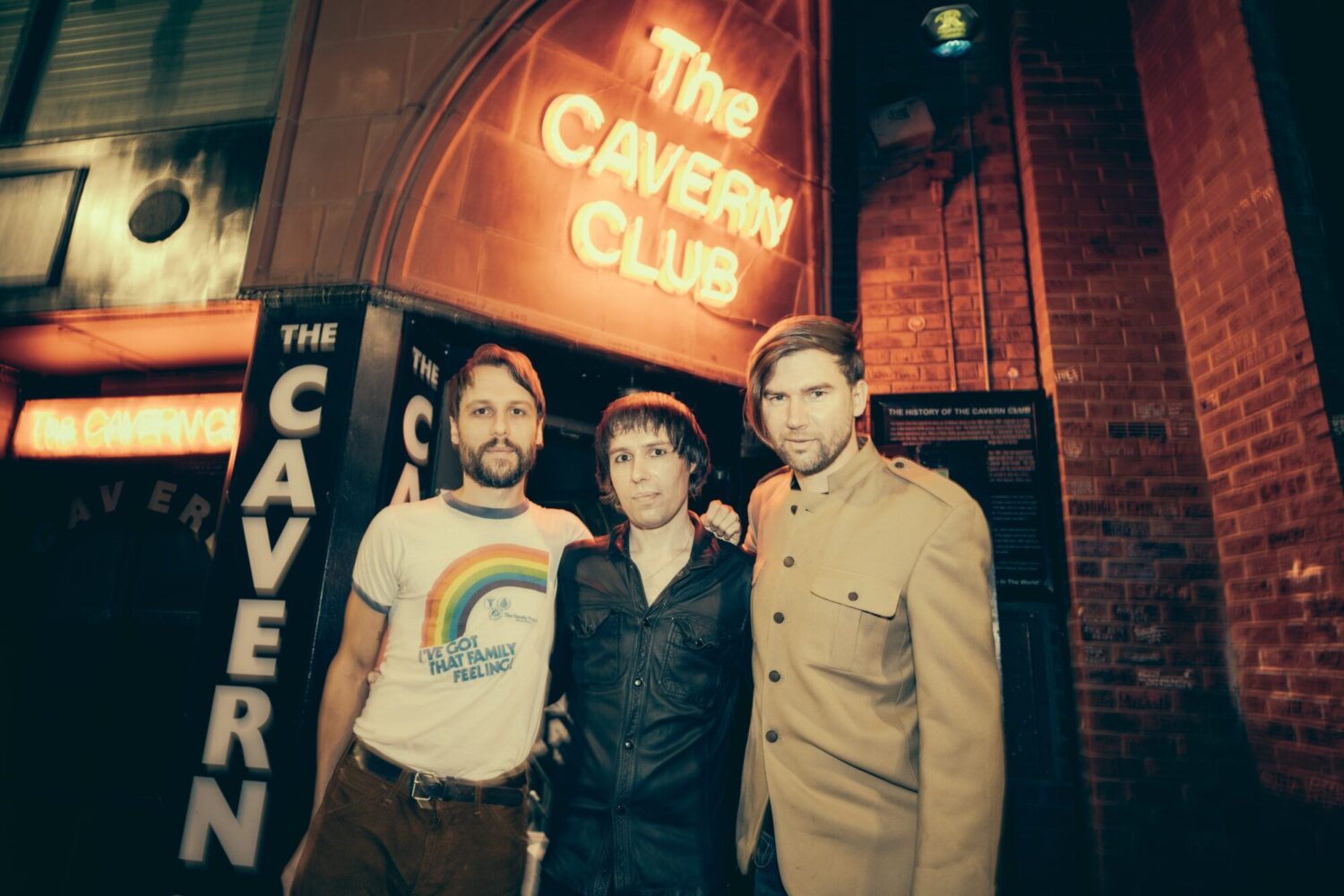 Andy Brown cracks open a celebratory cider and visits the Cavern Club from the comfort of his front room to watch Wakefield’s finest, The Cribs. He shares his thoughts for Louder Than War.

Remember live music? Striding across the sticky floors of your local venue, plastic pint glass in hand as you shimmy between strangers and carve out a good spot at the front of the stage. I love everything about it: from the lights going down and the music kicking in right up to that first gasp of freezing cold air as you leave at the end of the night. Now, streamed gigs are never going to replace the thrill of being there but it’s great to see so many acts trying to provide the next best thing. Tonight will be the first time The Cribs have played live in three years and if that isn’t cause for celebration then I don’t know what is.

The transmission starts and we follow the band down some stairs and into the iconic confines of The Cavern Club in Liverpool. The steady hum of amplifier feedback building the anticipation. Standing alone in front of the TV with a can of mid-priced cider; it isn’t the same as a pre-pandemic gig but it’s still undeniably exciting. And then the band kick in and I’m instantly reminded why I’ve followed The Cribs for so long. A double whammy of the excellent Running Into You and Mirror Kissers get things off to a flying start. I imagine hundreds of similarly isolated fans singing along as the chorus takes us all back to a simpler time, “You’ve got a lot to say/ but don’t mention/ The mirror kissing ways of the hipster type/ the type (whoa oh)!”

“We’re The Cribs from Wakefield” says Gary, “hello world”. Since forming sometime back in 2001 Gary Jarman will have introduced his band of brothers countless times and on countless stages. Having said this, tonight will be the first time the band have played a gig like this. The Cribs streamed directly into your home. Horrible circumstances aside, it’s a pretty great idea. I’m Alright Me and Men’s Needs ensure that there’s a steady flow of Cribs classics; the welcome drip of sonic serotonin into my grateful ears. The Cribs have got to the point where they’ve got a lot of great songs to choose from and there’s a song from nearly every album in tonight’s set. You Were Always The One is rolled out for the “old school fans” and The Cribs, ladies & gentlemen, are well and truly back in business. 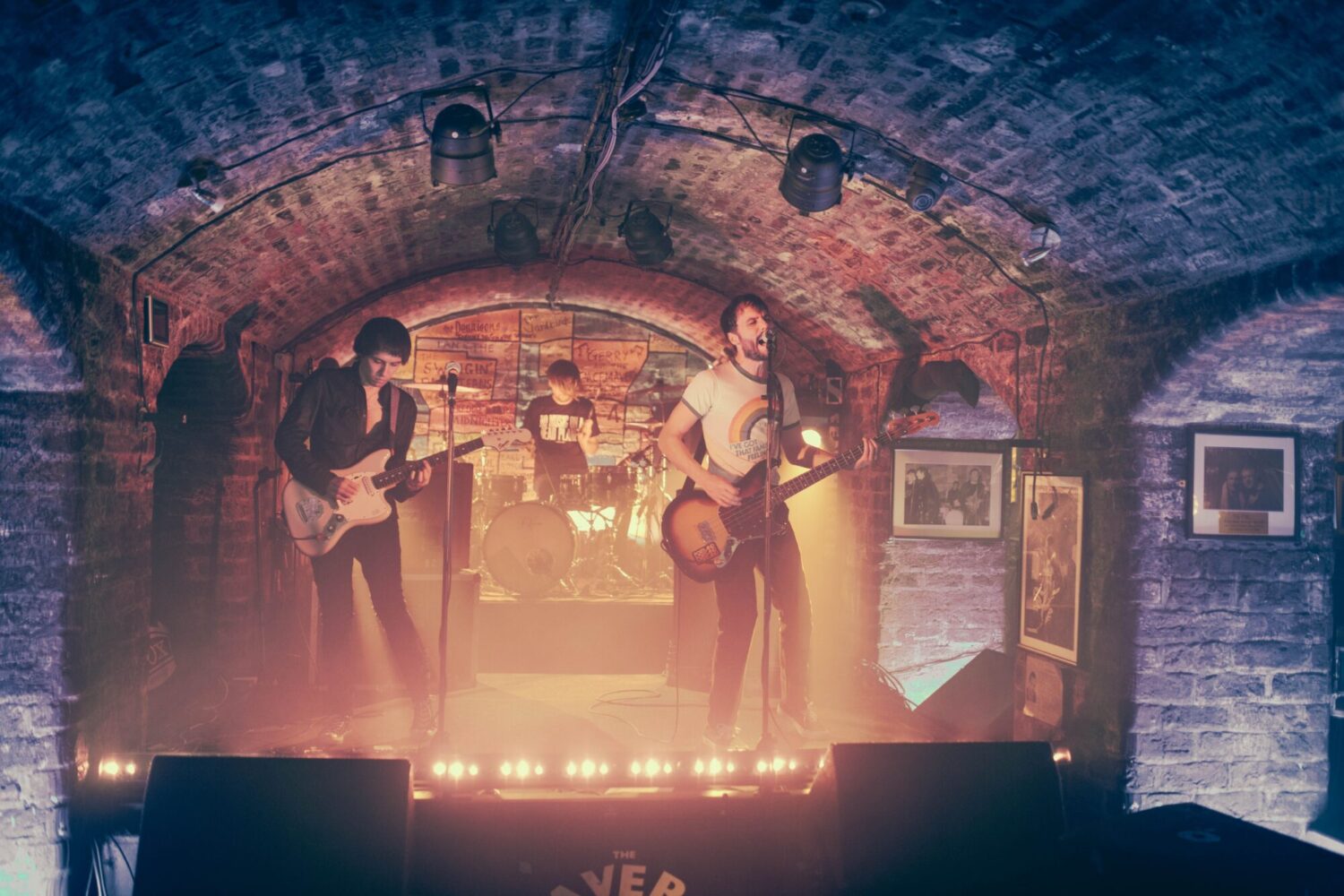 Singles, new songs, fan favourites and album cuts; the Jarman’s deliver a reliably brilliant set. The Cribs have spent the last few years on a kind of enforced hiatus (thanks to legal wrangling’s with their management) but it hasn’t quelled their fierce live presence. The only thing noticeably missing tonight is the throng of sweaty, adoring fans jumping around in front of them. Tracks like Different Angle, I’ve Tried Everything and Things You Should Be Knowing (a song Ryan says they haven’t played live in 15 years) give us that instant hit of joy, melody and adrenaline while the dark, existential dread of Back To The Bolthole might just be my highlight of the entire set. At the opposite end of the sonic spectrum we’re treated to the acoustic delights of Shoot The Poets. What I wouldn’t give to be crammed into a sweaty venue, arms aloft and singing along. Screaming In Suburbia and the sprawling I Don’t Know Who I Am cement tracks from their latest album, Night Network, into an already impressive back-catalogue.

“10 years on” they sing on the 2013 Payola-era stand-alone single Leather Jacket Love Song, “and 2001 is long gone”. Even more time has passed now but it’s a relief to find that through adversity and worldwide pandemics, The Cribs are still with us. Gary’s t-shirt emblazoned with a rainbow and the words ‘I’ve Got That Family Feeling’. It couldn’t be more apt for a band comprised of three brothers who still, wherever they can, use their reliable Wakefield crew when hitting the road. Tonight we’re all part of that extended family network. The Cribs have always been great with their fans and tonight feels like a particularly brilliant, pre-Christmas gift. The brothers Jarman leave us with a triumphant Broken Arrow and dreams of one day getting to, once again, watch this kind of blistering performance up close and personal. It’s been emotional.

All words by Andy Brown. You can visit his author profile and read more of his reviews for Louder Than War here

The post The Cribs: The Cavern, Liverpool – live stream review appeared first on Louder Than War.

Rats On Rafts: Excerpts From Chapter 3: The Mind Runs A Net Of Rabbit Paths – album review

WATCH THIS! new single from Shaking Chains : great animation matches the genius of the band’s off kilter brilliance