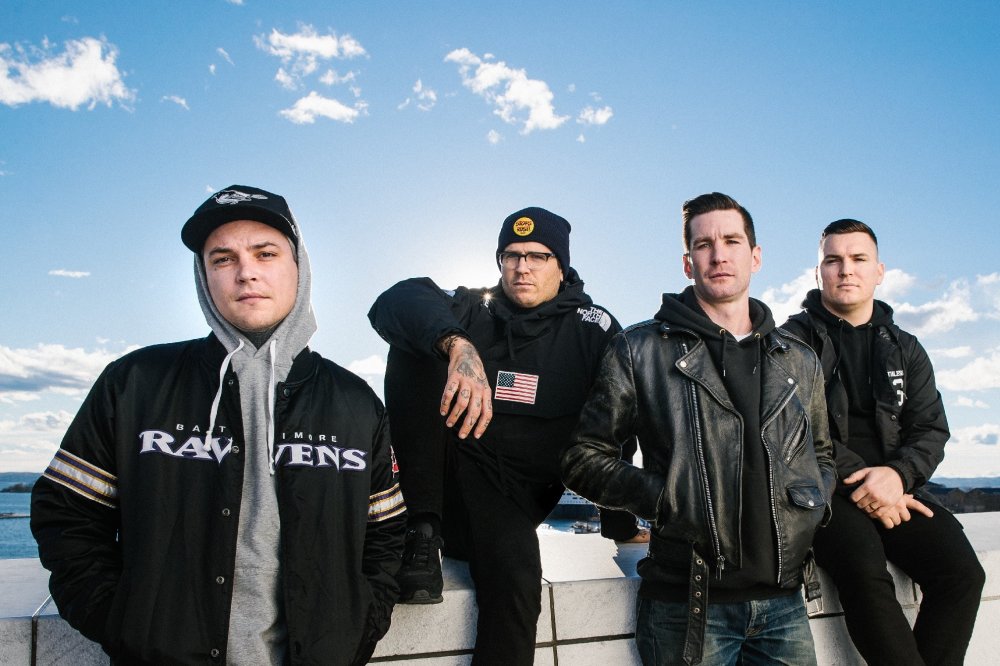 THE AMITY AFFLICTION — Joel Birch [vocals], Ahren Stringer [vocals, bass], Dan Brown [lead guitar], and Jon Longobardi [drums] have returned to the ARIA chart this week with their 2012 album Chasing Ghosts. Coming in at #10; eight and a half years after the original debuted at #1 and the first of what would amount to a streak of 4 consecutive #1 ARIA debuts for the band. News of the top 10 re-entry also came a year to the day to the release of their most recent album Everyone Loves You… Once You Leave Them which debuted at #2 on the ARIA chart in February 2020.

The long-awaited vinyl reissue of Chasing Ghosts was available in three limited color skews. Two variants sold out within minutes of going on sale while a lemon variant is still available in very limited supply, available HERE.

The Amity Affliction recently announced a run of dates for July this year for their Everyone Loves You… Once You Leave Them official album tour which went on sale last Thursday. While the East Coast shows are sold out, all is not lost for those still keen to get their hands on a ticket as the band have just announced some second and final shows earlier today.