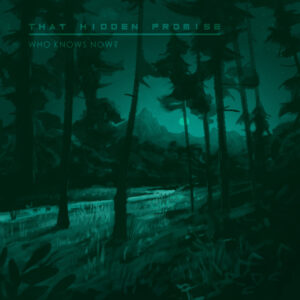 After a year of releases that have flooded us all this year this one is an interesting foray into bedroom lockdown tunes that have been aired live yet never recorded as a full album until now. I speak to the guy behind the intrigue and the making of an impressive debut in a track by track Def Robot style review…

Intro.
“Usually how I start my set, though added some feedback I’d recorded in an earlier session and used an emu PX-7 I’d had for about 15 years for the pulses.”

An atmospheric number that’s Gothic and surreal with a great layer of Floydian guitar that hits the senses backed by a chilled drum beat.

You Can Have the World.
“I wrote this in 2016 and it’s been part of my live set since then. The spark for it was around the general sense of unease and unrest in society. It was 5 years on from the UK riots and I was thinking how sometimes there needs to be this bloodletting of tension, before you can move forward. The other theme is around ambition and what people will/can do to achieve what they want and those, generally in power, who’ll take credit for something they’ve had nothing to do with. The sound obviously reflects this and again, I really love going full pelt live with it. I always programme all the drums from the bottom up, so it was really important to get the dynamic right here.”

A much more upbeat number that kicks in with some top as fuck guitars and a funky drumbeat backed by the Tim Burgess-esque vocals. The song that got my attention with the hints of Graham Coxons lo-fi sound in the mix.

Your Own Enemy
“This is one of the newer songs written for the album, which came together from a riff I’d had, which I then melded with another idea, which feeds into the chorus. Love the bass and groove on this. The chord change into and in the chorus, I really enjoy and I find it pretty euphoric. Can’t wait to play this live! It’s basically about not mugging yourself, not being weighed down by the past or other people and just going for what you want.”

A brooding bassline and a cracking guitar riff that builds into a joyous chorus. A lot of four piece indie bands would kill for a song like this. They may come knocking on his door for ideas…

“Another one of the older songs, written around 2014 and has been through a few style changes, though love the funkiness of this. I’d say it’s the most lyrically uplifting track on the record too. You’ll take the flaws of someone else and not judge and just accept them for that and want to be with them, regardless. It’s totally a song about togetherness.
I’d always had flutes in my head for this and so I was looking for some decent sounding ones, when I came across an orchestral plug in and thought trumpets might sound really cool on it. I thought they did, so added those, as well as the flutes, which swirl into the chorus, along with the little guitar lick. The middle 8, I just love the riff on this, which just works for me.”

The funk element of the album, all layered with some clever stuff. He makes it sound so easy. It’s the simplicity of the drum machine and the lovely warm feeling of the melody that does it. It breaks in the right place and the flutes and trumpets add that special layer. It’s the seriously great guitar work that does it for me.

“Essentially, it’s about a pre-apocalyptic scenario, before it all goes belly up! Not the biggest singalong on the album to be fair. I build the track up live usually and wanted to keep that in this track, so it’s exactly as it would be in a gig situation. The first few tracks have been quite busy and so I wanted something with space to breathe. I was also conscious with so much space of not going overboard with the soloing and killing the atmosphere, I was trying to create. I can kind of float away to this and the strings really help with that.”

Another electronic goth moment that sounds dark and brooding, especially when the echoing guitar lines come in giving it a shoegaze feel. It’s a mellow moment of ethereal soundscapes that thrill your ears. Again his guitar skills are exemplary. Obviously a Floyd nutter.

One Day Other Than This

“I’d had this opening riff for a few months and it wasn’t until I’d already started recording the album, that it came together as a song. The feel of the riff led the lyrics, which are pretty frank around the issues of loneliness and isolation. As a confirmed loner, it’s a large constant and so I wanted the lyrics to pass the phase of a day, though starting at the end of a day, into the next one and the desolation of that experience at times. The solo, again only came to fruition during the song’s recording and was pretty much one take, as I recall. I think the solo captures the mood well, the tone on the guitar here was really important, as well as letting the notes breathe. The strings too, were played right through in one take, as I didn’t want to overthink it and wanted to keep it natural based on how it felt, moving through the song.”

This is the Smashing Pumpkins moment of the album. Could easily have fit in on Mellon Collie. Another mellow affair, full of quality and texture. Beautiful stuff with some more great guitars in there.

Stop Praying For The Sun
“This started life as an arpeggiated synth riff, which I just really loved. Everything basically fed from that and is probably one of the simpler songs chord structure wise. I really like the off-kilter drums in the verse. It was definitely a song that was crafted into shape, as there’s a lot going on. I really wanted a solo that wasn’t obvious, though really worked with the drums and feel of it. Thematically, as the title suggests, this is about not putting things off, procrastinating and deciding what’s important and getting on with it. The line about new delusion of false design is around thinking that what you’re doing is just a delusion based on unsound thinking, so why bother and talking yourself into inaction, on the basis of your own uncertainty.”

The tempo is upped again here with some smart synth, a bit of spoken word and some moody film noir guitar riffs going on. Something Def Robot would identify with here, especially with another great guitar riff adding to the texture of the whole song.

Not In This World, Or The Next.

“Really love the immediacy of this. It’s a departure from the rest of the album, though it works thematically and I just danced around the studio too much to this, to ignore it! Really had to keep this stripped back and not over produce it, as it would have taken too much away otherwise. This is about not rushing to judgment, nor forgetting either, reflecting on what you’ve done and if the decisions you’ve made would really have made any difference anyway.”

An upbeat country folk number anyone? Alright then, here you have it! Like he says, a proper stripped back acoustic guitar driven bop that sounds like Syd Barrett on speed instead of acid. Short and simplistic.

“This all came from the opening guitar riff, which really dictates everything in how if feels and the lyrics. It’s just a feeling of danger, foreboding, uncertainty and paranoia. In my head it looks like some film noir scene, walking along a rain-soaked road in a city, in the night and what’s going on in the underbelly. I guess it’s also about wasted opportunities and escape. The breaks between verses took some working out, to give it a different feel, though the guitar lines keep it joined up to the rest of the track, I just wanted to explore reversing it at the end and building an atmosphere around that.”

Another dark keyboard tinged number with a brooding bassline, moody sinister undertones and yet another great Floydian guitar riff in the mix. A clever bit of psych mischief ends it all.

Calling All You Seekers

“This is a track about the feeling of wanderlust and wanting to be someplace else. I think, I’d written the song, in about 20 minutes a few months earlier, though only wrote the lyrics, during the recording process, in the middle of lockdown, so guess I was really thinking about whether, or when, we’d ever get to places we love, or the feeling exploring a new place any time soon. I didn’t travel at all when younger, so having spent the last few years trying to get to new places, I was longing for that sensation again. It’s kind of got that end of the day feel too it and I just wanted it stripped back and warm sounding and the solo to give that too.”

Another nod to the more mellow output of Billy Corgan going on here. A smooth bit of laid back guitar playing. Personal lyrics and a nice shimmering guitar solo in the middle that just makes you want to skin up.

In The Night Time

“The song was finished during the recording process and actually probably took the longest to get right in terms of feel and sound. In my head it was pretty straight forward, but these things evolve! It’s really upbeat, quite poppy in some respects, though I didn’t want a conventional solo, so went for something with a tonne of delay, to give it an otherworldly, swirly feel, in my head anyway. Lyrically, it’s essentially about only getting inspired late at night, or at least not doing anything about it until then.”

This one does my head in! A cracking tune that sounds like three different songs I’ve heard rolled into one! I just can’t hit the nail on the head. Suggestions anyone? One of the highlights that could be an indie classic in the right hands. Roses In The Hospital maybe? You tell me. A top tune.

Screaming In My Soul

“I’d had this pretty much recorded for about 2-3 years at least, though it was always an album closer for me. It just had that feel, so wasn’t right to put out on its own. The solo work was all done during this recording period. Lyrically, it’s essentially, how I’d felt about what I had left of who I was, the need to retreat, the frustrations of not getting out what you feel is there. It’s a pretty emotionally raw song for me and if people want to ask me why I write music, it’s this feeling.”

This one has the sound Spiritualized meets Primal Scream. Top bassline, shimmering guitars and a lovely undertone of piano laid back in the mix. A very well written song that chills you the fuck out.

A clever debut album from a talented musician who hones his craft as a bedroom artist yet sounds like he could work his way around a studio. It will take you a few listens but once you’re in you’ll notice a myriad of influences in there that take his art to another level. Take notice…

The post That Hidden Promise: Who Knows Now? – album review appeared first on Louder Than War.