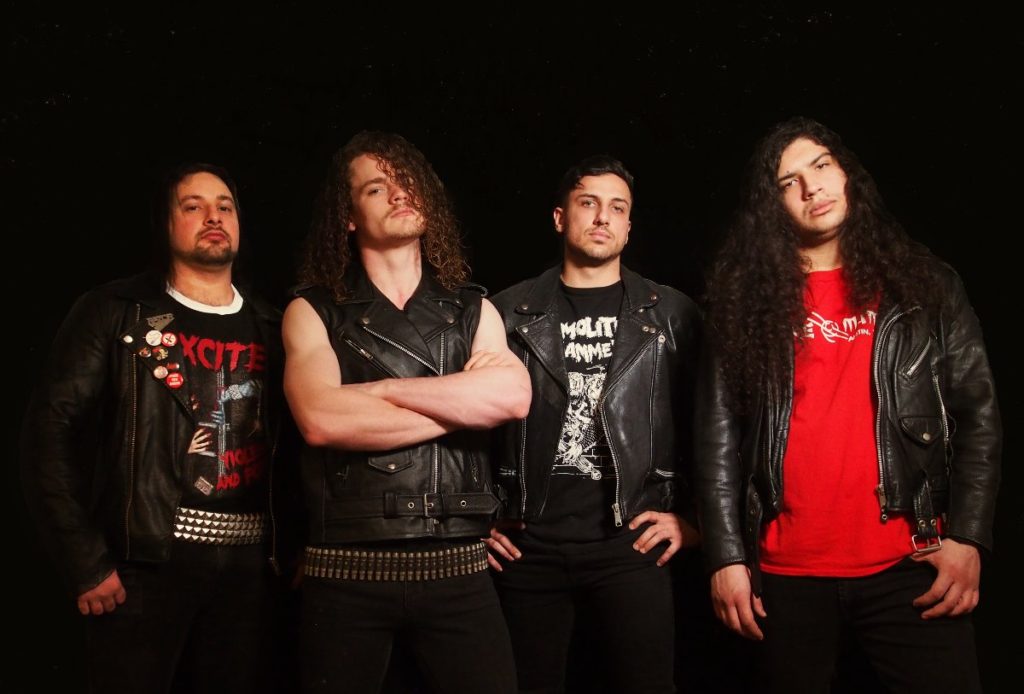 Quickly rising from the local Australian metal scene are LïVEWïRE. Originating from Sydney, Australia, LïVEWïRE are a force to be reckoned with in the world of Heavy Metal music. Wasting no time in hitting hard, heavy and fast with their unique and energetic brand of Speed Metal, the result is an astonishing aural assault that leaves your neck sore, ears ringing and mind wanting more!

LïVEWïRE are formerly known as Fenrir. Original members George Delinicolis (Drums) & Anthony Lerardo (Lead guitar) were going through a few line-up changes, decided to steer away from their previous Folk/Norse themed metal and create a new chapter of the music they love, SPEED METAL!!

With the addition of Christopher Puglia on second lead guitar & Nick Wilks fronting the band on lead vocals and bass, Fenrir soon renamed themselves as the all mighty LïVEWïRE. Creating a fusion of technical melodies, harmonies, heavy fast paced Metal with the additional influence of their love for cheesy Glam Rock, Retro 80s style and NWOTHM!

The band is now releasing a new single, Hypnotik Idol, and an awesome retro themed lyric video. LïVEWïRE say this is only a short insight of what’s to come with their debut album currently in pre-production stages, due to be released in 2021!

All that can be said is that if you are a fan of old school Traditional Heavy Metal, Shredding guitars and Soaring Speed Metal you NEED to keep your eyes peeled for what’s to come with LïVEWïRE in the near future!

Published in livewire, News: Australia & NZ and The Local Scene