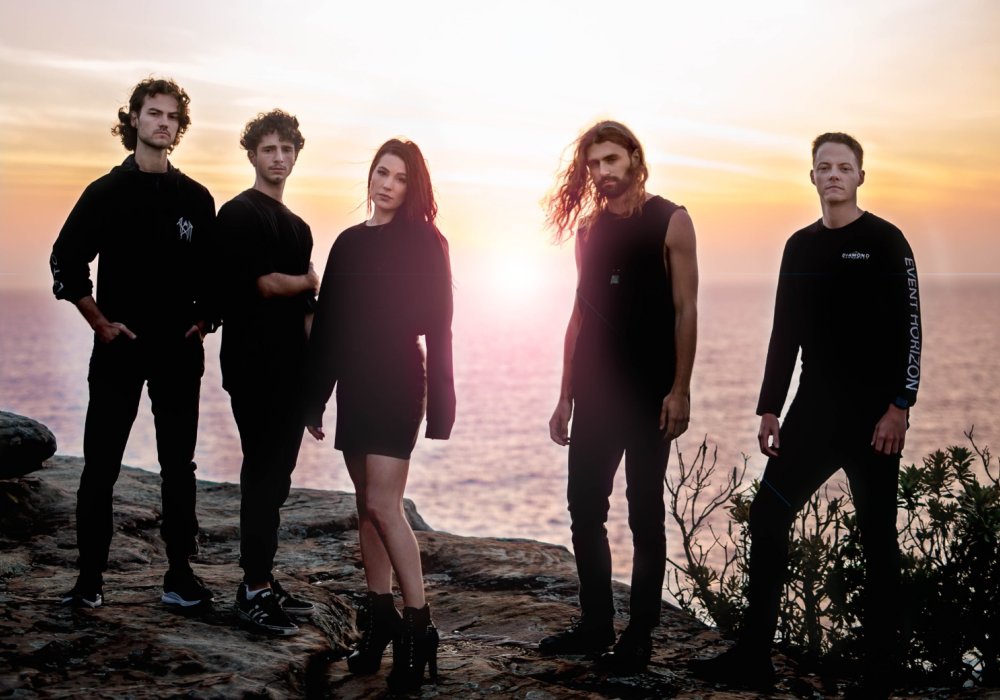 The track is taken from the bands upcoming second EP, Midnight Sun which is slated for released on March 19!

The bands unique flavour of progressive metal blends post-rock and ambient influences to create a spiritual atmosphere in which the transcendent extremes of the human experience are given proper sonic treatment.

The band comment on the song; “Mjolnir​ takes its name from the Norse god​ Thor’s​ famous hammer, which grants him devastating power, and the ability to bend the forces of nature to his will. The song makes the case that we (as humans) now possess these godlike powers, but are not yet evolved enough to use them wisely – w​e are gods without grace.

The emotional through line of the song is one of anger; anger at the misuse of our technological powers, in the destruction of life on earth. This is our first song written primarily by lead guitarist Loko McDonald, and is the beginning of a new sound for Intrøspect, found in Loko’s ability to blend and arrange complex piano-led chord progressions with mechanically precise complex rhythms.

Guitarist and Mjolnir video director​ ​Jamie McVicker says of the video “For the Mjolnir video, It was important to create an image of the band that reflected the step up we’ve taken since the last EP, and provide a futuristic backdrop for the performance, mixed in with imagery from nature, and the earth from space. The aim was really to drive home the ​scale​ of the song’s interlinked themes; technological ascension & environmental genocide – the mark we are leaving on the earth , for better or worse”.

September 2019 saw the release of Intrøspects’ debut single Ad Astra. The video for the track quickly gained traction, amassing over 36 thousand views and blessing the band with a solid increase in listenership.  Intrøspect now hosts a dedicated fan base upwards of 7K monthly listeners on Spotify, across 80+ countries around the world!

Intrøspect’s much-anticipated second release is set to be a step up in every way. Being a 29-minute adventure through triumph, adversity, heartbreak & reverence. Solidifying their sound as uniquely distinct in the broader landscape of heavy music.

Midnight Sun is slated for release on March 19. Pre orders are available soon!