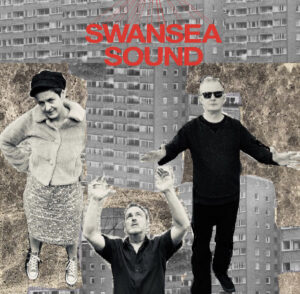 Swansea Sound: I Sold My Soul on eBay – one vinyl copy to be released and auctioned on eBay!

There’s only one vinyl copy available, and it will be sold to the highest bidder….on eBay!  Release date is 22nd January 2021. They say.

But fear not…An infinite number of digital singles are already available on Bandcamp.

It’s a wry ditty in typical Pooh Sticks style, with Heavenly bounce, about bands being forced to rely on digital giants for exposure, with little financial reward.

Remember, Pooh Sticks were the band who, in 1988, released the classic ‘On Tape’ – an affectionate pisstake of the competitive record-collecting hipster, who in the days when you had to hunt for obscure releases, had everything from Falling and Laughing (the original Postcard version) to the Monkees ‘Head’ Soundtrack – but not on precious vinyl …. ‘On Tape’.

Talulah Gosh (and later Heavenly) were the band(s) who inadvertently invented Riot Grrrl in their attempt to reclaim punk-rock for smart-girls and shy-boys.

Consequently, this is an utterly fantastic track, which pop-kids of a certain vintage will love!

I Sold My Soul on eBay is the first physical release by new label SKEP WAX. The auction of the 7” single will be announced on Twitter @skepwax.

This is the second single from Swansea Sound, following on from 2020’s Corporate Indie Band/Angry Girl. The band reunites ex-Pooh-Sticks Hue Williams and Amelia Fletcher, and features Rob Pursey on guitar and bass, and Ian Button on drums.

The complete lyrics are reproduced, by kind permission of the band, below – so you can sing along!  Louder Than War IS the ‘New Smash Hits’ dear readers!

I sold my soul on eBay

I sold my soul on Spotify
(Get a doctor someone get a doctor)
I’m earning 0.000000000000001p
But several thousands follow me
Doing it for free
Liberated
Materially
I’m gonna get evicted
Cos I’m doing it for free
Who needs money
When you’ve got fame and autonomy

Skep Wax will follow up very soon with the third Swansea Sound single – Indies of the World, which will be available as a 7” single from all good record stores.

All words Ged Babey *- except press release content which is italicized.

* Belated apologies to Hue & the Pooh Sticks for an appalling, drunken attempt at an ‘interview’ in 1988 or 1989 in Southampton -prior to the recording of the ‘live album’ by Pooh Sticks – Trade Mark of Quality – at a gig at the Labour Club, organised by my friend the eponymous ‘Mark’ Pearson aka the Gnome.

“I am NEVER doing an interview again, after that!”

The post Swansea Sound: I Sold My Soul on eBay – one vinyl copy to be auctioned on eBay appeared first on Louder Than War.