Serena Cherry is standing in front of a film crew in an empty venue with tears in her eyes. Her and her bandmates in Svalbard are ensconced in Blondies, the fabled East London dive bar, where they are being filmed for our internet-shattering live series, The K! Pit hosted in association with Nordic Spirit.

One song into their 30-minute set and the singer has clearly been hit by a wave of emotion. The reason is simple enough: this is the Bristol metal crew’s first show since February and their first since the release of their third album, the universally acclaimed When I Die, Will I Get Better?.

“If you ask any of my bandmates, they’ll tell you that I’m the sort of person who cries at anything! I’ll see a cute dog and I’ll burst into tears,” laughs Serena a few weeks after filming the show. ​“But playing that first song made me so emotional. To be able to make a big noise together again was incredible. It hit me all at once. I thought, ​‘This is why I do it!’ It felt electric to play again. I felt so happy, happy that live music is still a thing. It’s been really easy this year to forget that it is because it still feels that playing live is so far away.” 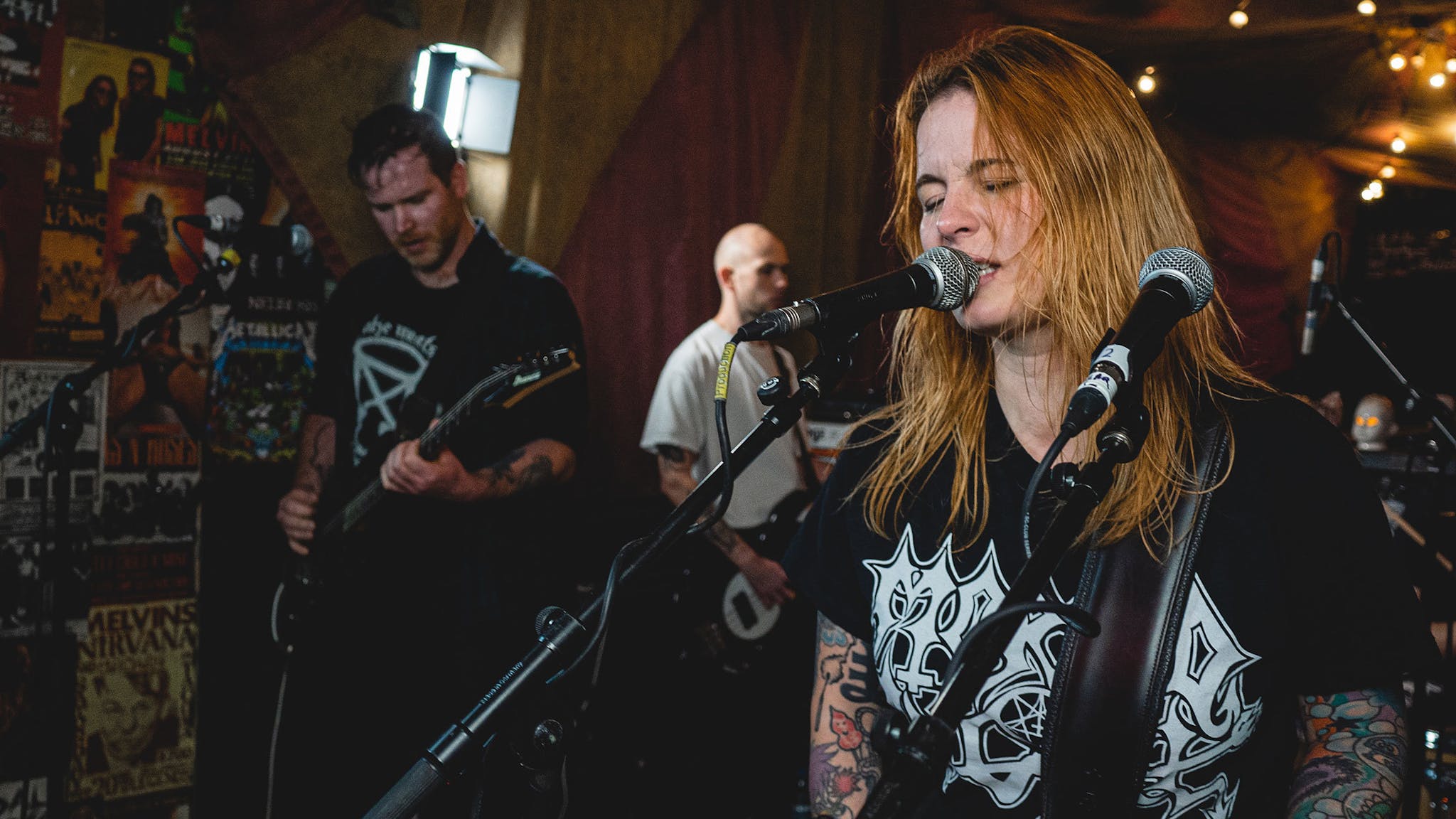 Adding to the emotion of the occasion was the fact that Svalbard’s K! Pit set also marked the final appearance of their bass player Alex Heffernan – a graphic designer by trade – who, like many people during the pandemic, has re-evaluated his priorities and now wants to concentrate on his career and settle down.

“There’s no bad feelings between whatsoever. We love the guy and I’m so proud that this was his last show with us,” says Serena of the lasting document of Alex’s final bow.

“I’m so desperate for live shows to return!” she enthuses. ​“I can’t wait to play again but I also can’t wait to watch bands. For me it’s not just about the music, it’s all about that communal experience of going to see a really obscure metal band and realising that hundreds of other people like them too. It’s very validating going to shows in that respect, and playing shows too.”

Despite the desire among all musicians to return to the stage, Serena is also clear that the impact of the coronavirus has changed the live experience, at least in the short-term.

“When shows do come back, things are going to be different. Safety needs to come first and it’s not going to be the same,” she says. ​“It’s not like we’ll play a show and there’ll be a mosh pit – it will be a completely different dynamic. It’ll be really interesting to see how people lose themselves to the music in a socially-distanced way. Then again, all the best gigs I’ve been to before this happened are ones where you can sit down. Although maybe that’s just a sign of what happens when you hit 30!” 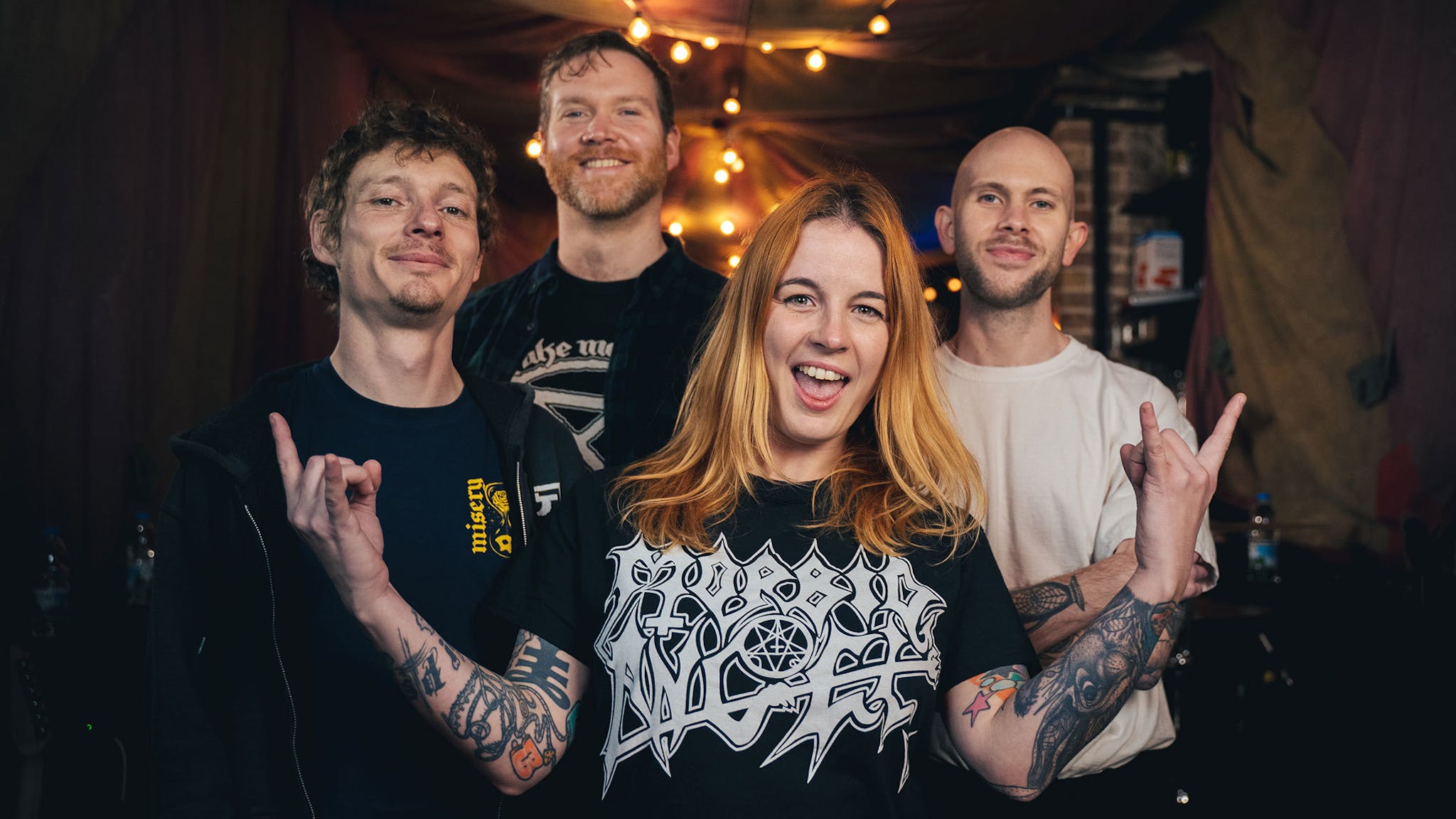 For Svalbard – as with every other band – 2020 should have been a year of hard graft and touring. According to Serena, the band saw between 70 and 75 shows cancelled in a wink of an eye. ​“Every time I opened my inbox there was another cancellation. It was heartbreaking,” she admits. Amongst the shows the band were due to play, one was particularly close to her heart.

“We should’ve been playing a lot of festivals including Bloodstock on the main stage. That was the big one for me because I’ve been going to that festival since I was a teenager, when it was still an indoor festival,” she says. ​“Playing on the main stage there was a bit of a dream but hopefully it will happen next year.”

As well as missing playing, releasing an album during the pandemic has been challenging. Despite the plaudits afforded When I Die, Will I Get Better?, did lockdown rob Svalbard of that moment of celebration that comes when a band introduces their new record to a waiting world?

“Absolutely. The week we released the album I said to the guys in the band, ​‘Something is missing’ because we didn’t have that big album-release show that we usually have. That’s usually when you feel the album has been released,” reflects Serena. ​“You need to see the audience react but, in this instance, you can’t go and sit in people’s bedrooms and watch them as they listen to your music! So for a month it just didn’t feel as if we’d released an album at all because the only feedback we had was social media. That had a level of detachment to it. It felt like an unceremonious way to release an album, if I’m honest.”

Undoubtedly one of the albums of the year, When I Die, Will I Get Better? is the band’s most expansive release to date, adding shoegaze elements to their blackened metal invective. It is also an album that tackles a number of unflinching themes – from abortion rights through to the continued objectification of women by the music press. As ever, Serena is also honest about her own state of mind, Listen To Someone and Silent Restraint relating to her own battle with depression. With that in mind, how has she coped with the enforced restrictions imposed by the UK’s two stages of lockdown?

“It’s been a struggle and a learning process too. I have to say that Lockdown 2: The Revenge was a huge step back for me because I was starting to develop the mechanisms to cope,” admits Serena.

“The first lockdown was just super hard because I lost my day job [in retail], and I still haven’t been able to get a new one. Plus all these other things that filled my days – like band practice – were taken away from me. Different aspects of life that keep you busy, all just fell away,” she continues. ​“My world got very small and suffocating. When Lockdown 2 happened, there was a week where I barely left my bedroom, I was very morose, and was struggling.

“My way out of it – and it sounds very cheesy – is this list of things that I drew up and that I continually have to do every day. They’re simple things, like leaving the house for a walk, or doing a little bit of exercise to a YouTube video, or just playing guitar. It’s weird because of the depression, I have to remind myself to live. That does sound strange, but the one thing that depression will do is to prevent you from enjoying the things you normally to enjoy. You’ll pick up your guitar and go, ​‘I used to love this, and now I feel nothing,’ which can be incredibly disheartening. But now I’ve got to that stage where I realise it’s better to do something, even when you’re not feeling it. That means you can get to the end of the day and say, ​‘I haven’t just stared at the walls all day’. That’s been my strategy: lists and baby steps.” 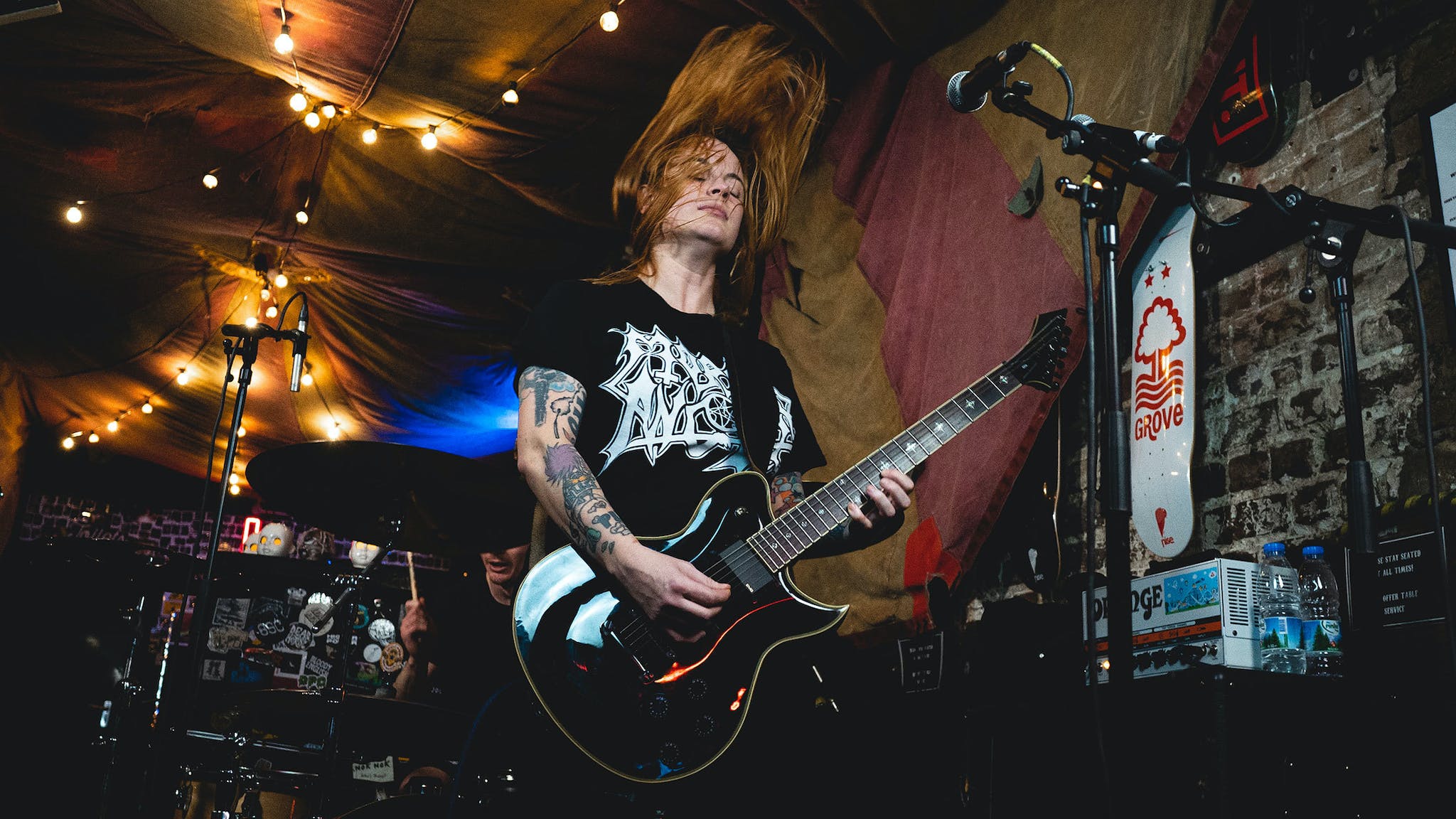 By developing these coping mechanisms Serena believes she has managed to maintain a largely positive outlook during lockdown. ​“I have also learnt lots of new things, but I have missed the band,” she says, adding that Svalbard’s K! Pit show was also another hugely uplifting moment.

“It felt electric to play with my bandmates again,” she smiles. ​“It was really nice to play a small venue again because we haven’t done that for years now and we’ve been really lucky. It reminded me those early floor shows or playing people’s kitchens at parties. It had that really DIY vibe, that punk feel. Playing live is what I live for, really.”

Svalbard’s K! Pit set will premiere on Tuesday December 15 at 6pm (UK/GMT), 1pm (US/EST) and 10am (US/PST) on Kerrang!’s Facebook and YouTube. Serena and the gang will also be joining us on Facebook to chat to fans as we stream the set, so come join us!

Standby for further news of a competition to win 20 exclusive, signed Svalbard K! Pit posters and — thanks to Nordic Spirit, the UK’s No 1 Nicotine Pouch* — a hoodie, and rucksack full of K! Pit swag plus a chance for you and three friends to win VIP tickets to Download festival. More info at 9am on Tuesday on Kerrang!.

In the meantime, check out When I Die, Will I Get Better? right here.