News: Australia & NZ, The Local Scene and The Stranger 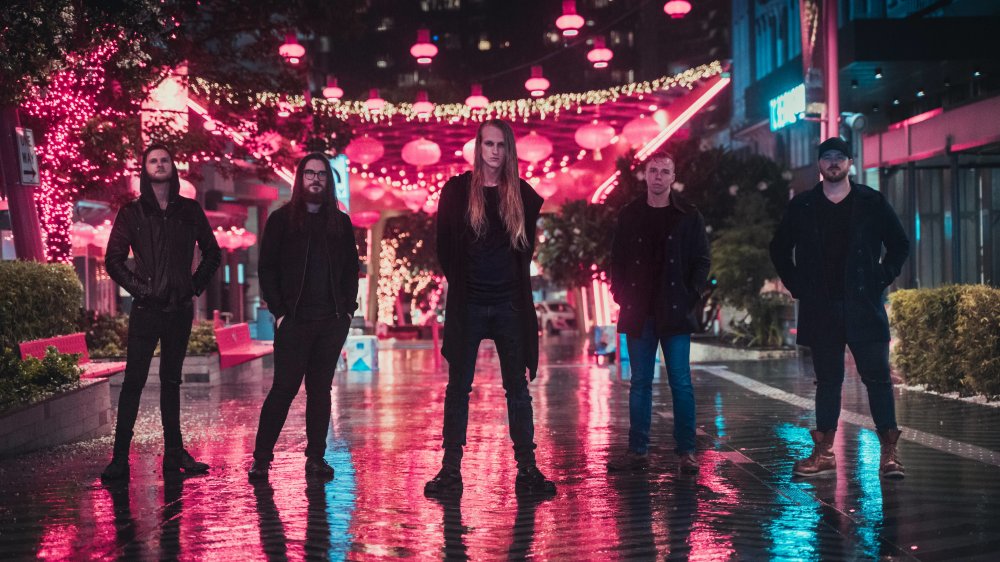 Vocalist Tom explains ‘Eleventh hour is an impassioned retaliation against climate denial and environmental ignorance within the ruling government. It expresses our desperate need to take action to preserve the planet for the future of not only mankind but also of our ecology. It is a finger pointed at the complacent federal government and the corporatism that allows such negligence and greed to survive and an acknowledgement of the struggles ahead of us. The chains of industry are unnaturally evaporating and agitating the natural world, a struggle represented by two arcane kings upon their thrones. As rampant industry drains our natural resources, the environment grows weaker and weaker to resist. It is our hope that once humanity has re-established its priorities and direction that nature will begin to heal and even prosper. We hope that our fans will feel that they are not alone in their journey into the future and that our music will provide a welcome catharsis against frustration. It all begins with us’

Incorporating influences such as Opeth and Dream Theater, the band has forged a respected name for themselves in the Australian Metal Scene with their eclectic mix of progressive metal, djent & funk. Following a successful release of their highly acclaimed album ‘The Stranger’, the band shared stages with Australian and International Progressive Metal Powerhouses such as Caligula’s Horse, Voyager, Ne Obliviscaris, Monuments and The Ocean; including festivals such as ProgFest and winning Brisbane’s Wacken Metal Battle. With The Strangers’ recent signing to Octane Records & Wild Thing Records for their much anticipated sophomore album ‘Kaleidoscope’, the band is set to make a mark on the Australian Heavy Music World and beyond!

Published in News: Australia & NZ, The Local Scene and The Stranger