Stereolab announced the arrival of Electrically Possessed [Switched On Volume 4], the fourth addition to their Switched On series 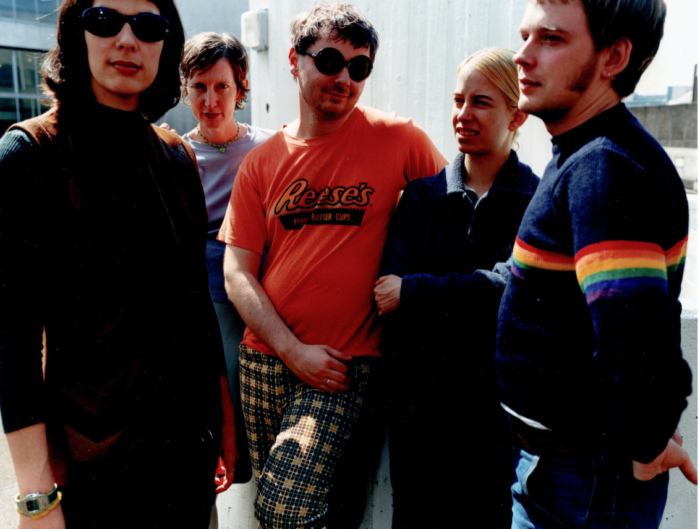 Today, Stereolab announced the arrival of Electrically Possessed [Switched On Volume 4], the fourth addition to their Switched On series with single ‘Dimension M2‘. This new volume will be released via Warp Records and Duophonic UHF Disks on February 26th.

Following on from the first volume released in 1992, 1995’s Refried Ectoplasm, and 1998’s Aluminum Tunes, the long-awaited fourth installment spans 1999 – 2008 in the Stereolab story and collates 3 LPs worth of material, all remastered where possible from the original tapes and overseen by the band. It features all the tracks from out-of-print and sought after mini-album The First of the Microbe Hunters, one-off and hard to find tour 7″s, compilation tracks, art installation work and a couple of unreleased outtakes from the Mars Audiac Quintet and Dots and Loops recording sessions.

‘Dimension M2‘ was first released in 2005 on the Disko Cabine CD compilation. Speaking about the track, Tim Gane explains: “After the making of Dots & Loops in which we really loved recording with the computer we wanted to build up our own small home recording studio. We bought an Apple desktop computer, a MOTU sound card and Logic 2 software and started to record very simple tracks mainly using samples as inspiration and overlaying them with some guitar, keyboards, and more often than not, Laetitia and Mary would add often wordless vocals. Personally it was the cutting and chopping up of sounds and rhythms that I liked, trying to make little pulse-y songs that were much smaller and simpler than the main Stereolab recordings. Most of these tracks ended up either on tour singles or compilations. Dimension M2 went onto a compilation LP from our friends Paul & Hervé who had their own design company called Cabine. I wanted to do something upbeat and party-ish for them and this was as close as i could get to that kind of thing – still a bit cool and detached though.”

The vinyl will be presented in a bespoke gatefold sleeve with download card, housed inside a polythene wallet. Initial vinyl and CD editions will be available on mirri board stock and include a sticker insert. There will also be a limited colour edition of the vinyl available on their Ochre store. Stereolab are also launching their new Homeware range which is now available to pre-order with Switched On 4 from their Duophonic store. This consists of four different styles of collectable mug, metal tray, tea towel, a set of eight Melamine coasters and a tote bag.

The post Stereolab announced the arrival of Electrically Possessed [Switched On Volume 4], the fourth addition to their Switched On series appeared first on Louder Than War.