Faith, trust, and pixie dust, we’ve got a sweet (and silly) treat for you.

Iconic rock photographer Donna Santisi took a charming collection of photos with Our Lady of Goth, Siouxsie Sioux, having a blast with Kid Congo Powers and other friends in early 1980s Disneyland.

Witness the glory of the eyeliner ice queen canoodling with fluffy woodland creatures, waving from the Tomorrowland rocket ship, and having a quiet moment in front of a giant skull. Not only was it clear she having a great time, but it’s also a glorious heaping helping of wholesome.

Santisi, the music photojournalist mastermind known for her black and white photo book Ask The Angels (1978), extensively documented the LA Punk scene in the early 80s, but her photography career jumpstarted a decade earlier. Santisi went on to photograph hundreds of acts, as well as several iconic covers, including the Cramps’ Psychedelic Jungle, the inner sleeve photos for The Name of This Band, Is Talking Heads, portraits of Slash, and the cover for the Pretenders’ Learning To Crawl. She photographed everyone from Patti Smith, to Debbie Harry, to Joan Jett. Although she found her fame documenting the music scene, these days Santisi is primarily a nature photographer.

Admit it, you’re dying for the backstory. Santisi happily explains:

“One day Siouxsie Sioux wanted to go to Disneyland.  It was Sioux, Kid Congo, Randy Kaye, and me. Sioux was really excited when we got there but once we were on Main Street, two security men came up to her and told her she had to leave. They said that she looked like an attraction and it would confuse the people in the park.  Siouxsie was telling the men that she just wanted to see everything and go on the rides.  They finally agreed that Sioux could stay if she covered up with Randy’s raincoat. We were followed all day by several security people with walkie talkies.”

Hats off, Donna Santisi, this is a charming side of Siouxsie. One wonders if Frankenstein regretted not joining the Bromley Contingent? 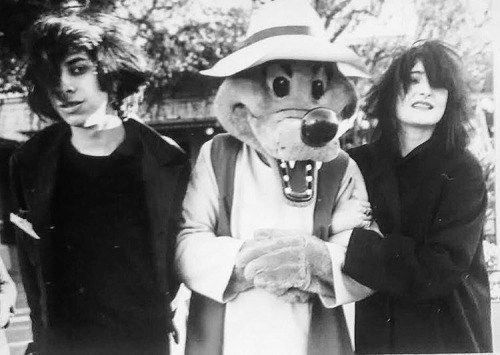 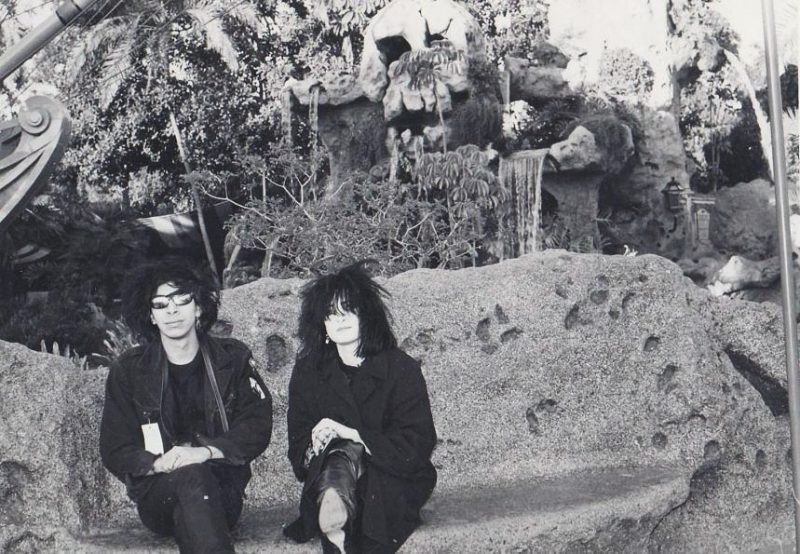