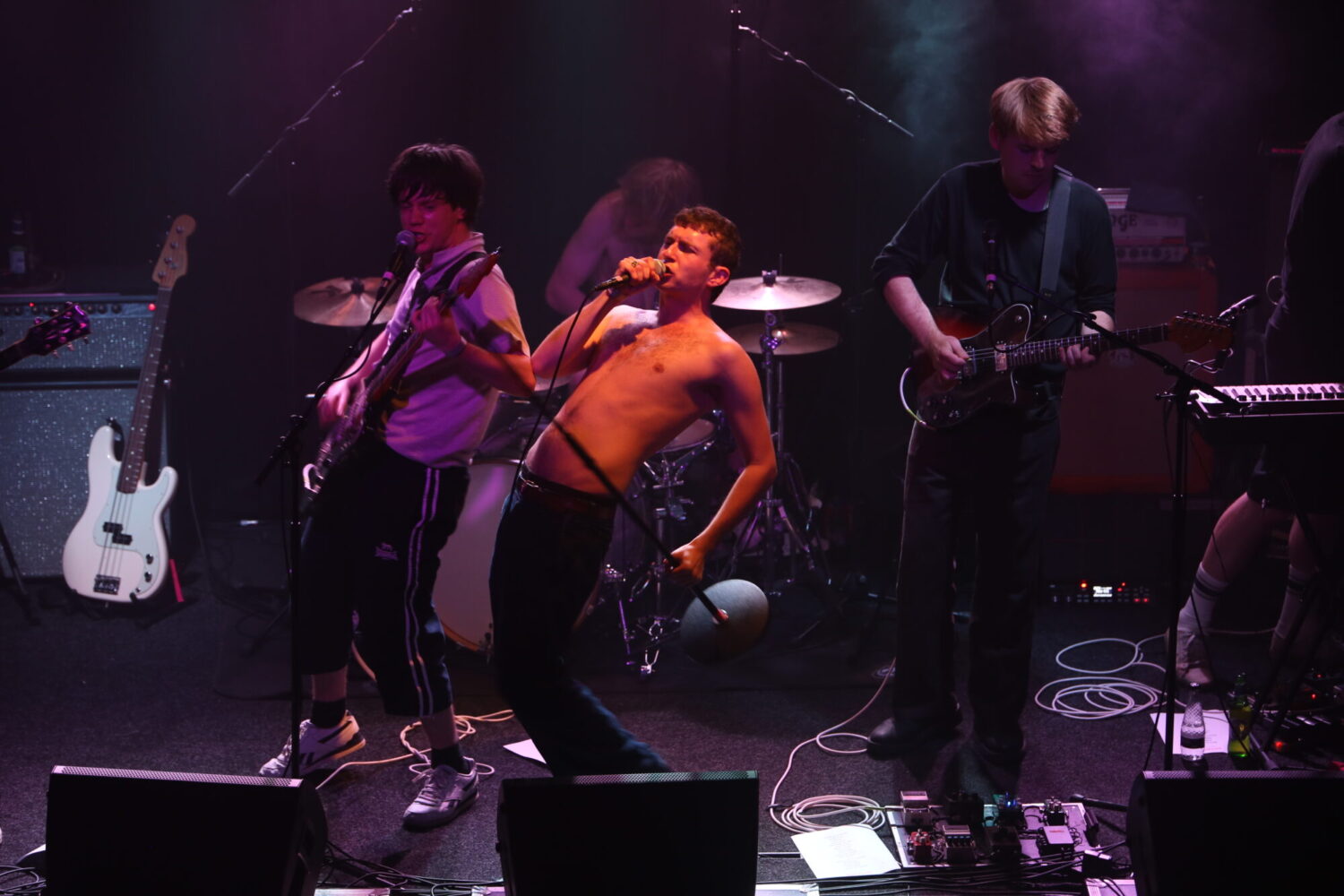 Shame are one of those bands who feed off the energy of a raucous crowd so being faced with a socially distanced, sat down audience more akin to a laidback folk gig must have been a bit strange. In fairness, they seemed so relieved to back onstage after an enforced year off that they went for it anyway with a fizzing set that mixed up their first album, Songs of Praise, with their big step forward second record, Drunk Tank Pink.

Frontman Charlie Steen is like a caged tiger as he tries to work out to do a gig with no moshpit, so just smashed into Born in Luton, Alphabet and Nigel Hitter from Drunk Tank Pink as three guitars weave around his angry, shouty vocals.

Steen is a natural frontman who can’t resist advancing over the monitors to engage the audience who are itching to stand up, offering Ian Curtis style dance moves, twirling the mic stand and even vigorously rubbing his hands together in anticipation of another sonic high. Water In the Well is full of choppy post punk guitars and 6/1 has a touch of Fontaines DC’s through the filter of South London about it as Steen semi-chants over Charlie Forbes’ driving rhythms. Early single Concrete is a crowd pleaser with an increasingly raucous audience, warming up in sync with the growing chaos onstage as the band literally bounce off each other. The more reflective Snow Day takes it down a notch but is still packed full of Shame’s trademark angst which seems to be apt for life in a pandemic. Steen is from the Iggy school of performing so by this point his shirt is off as Josh Finerty has decided taking a running jump on and off the drum kit on this small stage is a great idea. Readers…he did come a cropper but to his credit kept doing it.

Lampoon keeps the energy levels high but Shame keep the best for last. As they observe One Rizla is the only song “that has made us any money” and you can see why as it brings together their gift for melding a decent hook and millennial edginess. Station Wagon is an atypically spacey groove as the band noodle away showing how their playing as a unit and understanding of song structure has really developed.

Steen leaves promising to come back soon and assuming that will be a stand up gig then book your tickets early as that will be one special night when Shame are fully uncaged.