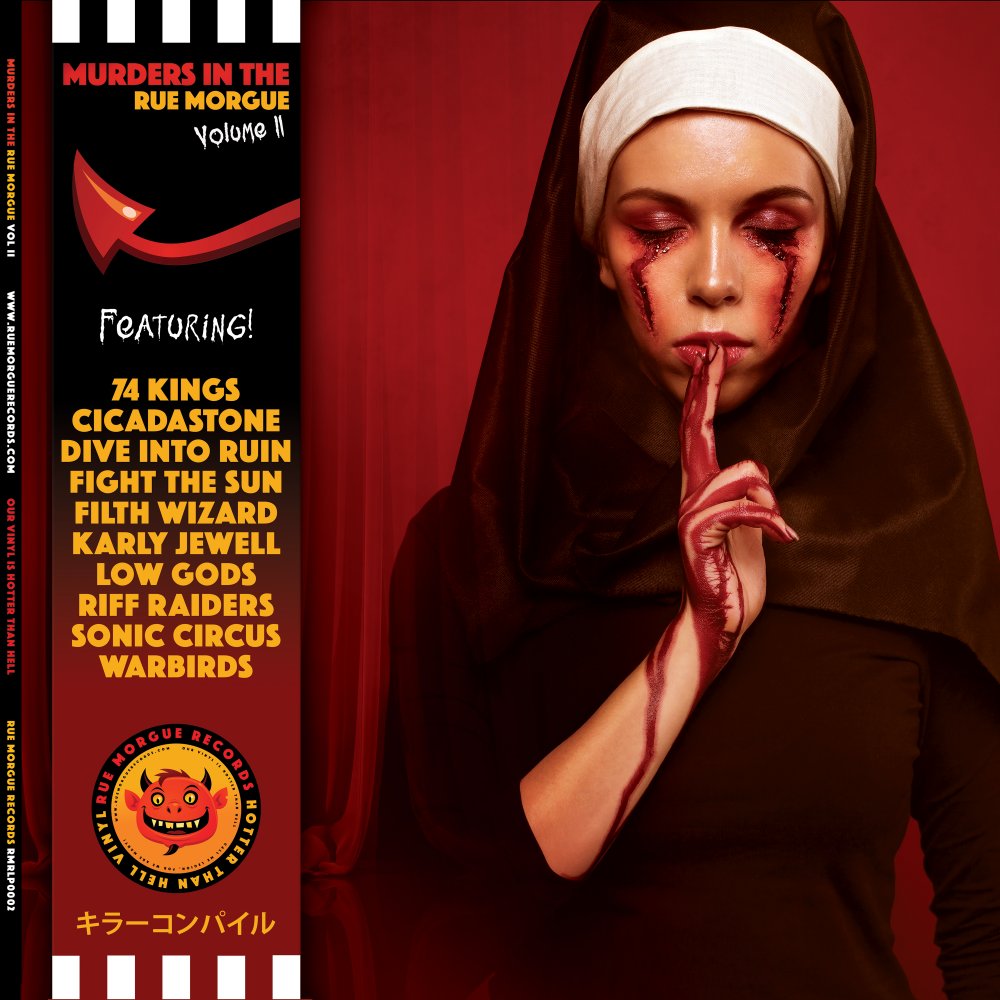 Australia’s very own Rue Morgue Records started off as a dream for acclaimed music photographer John Raptis. That dream started off as wanting to set up an online record store that would eventually become a bricks and mortar store… along the way it evolved into a record label that has just celebrated its second birthday.

Over those two years, Rue Morgue has released eleven 7″ singles for artists including Palace Of The King, Espionage, Nothing Sacred, Riff Raiders and The Vendettas. The singles have all become instant collectables for vinyl collectors and music lovers right around the world and have given an alternative voice to a number of talented Australian artists.

2020 saw Rue Morgue Records release their critically acclaimed compilation – Murders In The Rue Morgue Vol 1. The compilation, which featured artists including Palace Of The King, Espionage and Fierce Deity was made available in a number of different styles, including the elusive picture discs, and sold out in record time as they were snapped up by music lovers and vinyl collectors alike.

Not only was the compilation well received by the public but it also made the Top Ten Albums lists of 2020 for both Melbourne based blog and radio show Subculture and also Australia’s premiere heavy music magazine – HEAVY Magazine.

The aim of the compilation was to give a voice to local artists but in turn the release managed to rejuvenate the public’s interest in the compilation concept, not bad considering production of it was held up when the Covid-19 pandemic twice shut down the record manufacturing plant.

Now Rue Morgue Records are looking into the crystal ball of 2021 and are proud to announce that orders are being taken for Murders In The Rue Morgue Vol II.

This time the compilation will include tracks by artists including Fight The Sun, Dive Into Ruin, Low Gods, Cicadastone, Karly Jewell, Warbirds, 74 Kings, Riff Raiders, Sonic Circus, Filth Wizard, and two bonus artists on the CD – Wolfpack and 29 Bones.