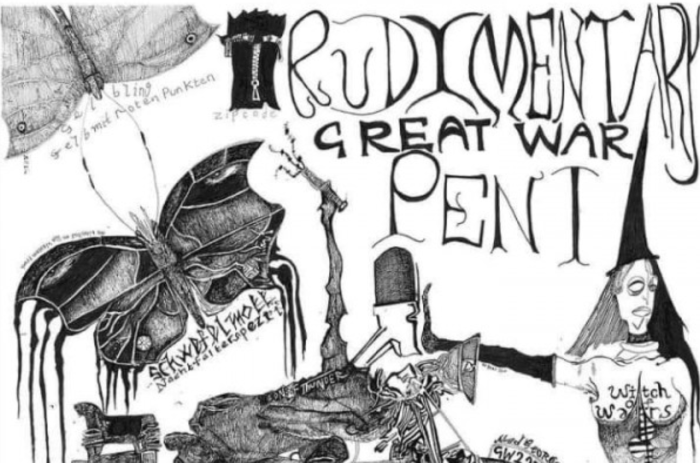 It’s been 13 years since their but then Rudimentary Peni don’t work on any known conventions. The legendary, mysterious and idiosyncratically brilliant band have announced a new album,  Great War for release on April 23.

Much of the material was actually recorded some time ago and , from the tracks, we have heard retains the dense claustrophobic majesty of the band at the peak.

Their label also confirmed that they will be releasing every Rudimentary Peni record over a span of about two years. In addition, they will release a new compilation: More EP’s of RP CD (Compilation of Echoes of Anguish, The Underclass, Archaic, and No More Pain EP”.