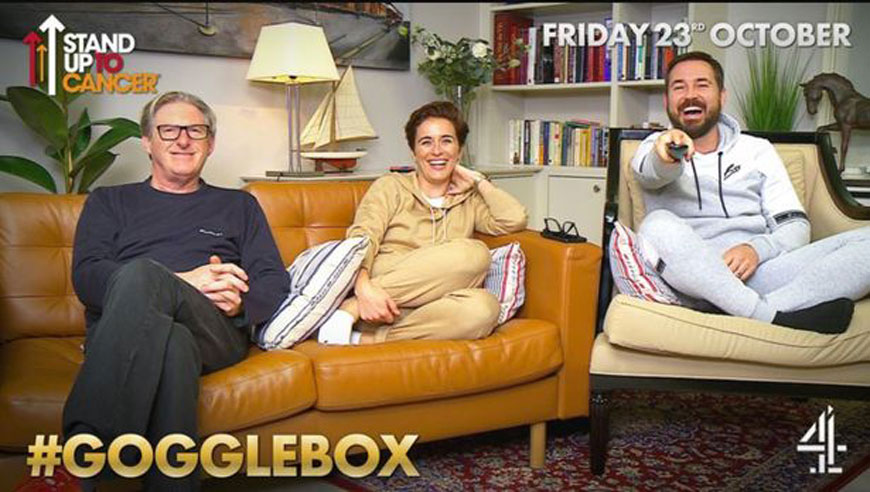 Roger will be one of the guests on Channel 4’s Celebrity Gogglebox on Friday 23 October in a one-off special for Stand Up To Cancer. He will be appearing alongside other celebrities including Adrian Dunbar, Vicky McClure and Martin Compston from Line of Duty, Harry Redknap and his wife Sandra, David Mitchell and Victoria Coren-Mitchell, comedian John Bishop – who will be joined by comedians Mo Gilligan and Babatunde Aleshe, Spandau Ballet’s Martin Kemp, Happy Monday’s Shaun Ryder and Bez, and a host of other stars in what promises to be a great fun night.

At this stage, it’s not yet revealed who will be sharing the sofa and the chocolate digestives with Roger.

Roger will also be making an appearance via video link on BBC1’s The One Show on Friday 23 October at 7.00pm.

Stand Up To Cancer

The post Roger Daltrey guests on Celebrity Gogglebox appeared first on The Who.