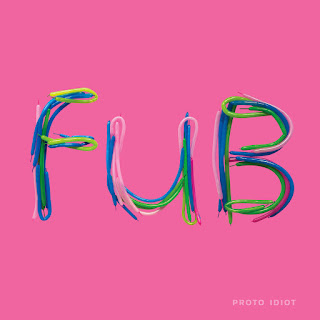 As I’ve found myself with much less free time of late due to professional obligations, the frequency of my blog postings has taken a bit of a dive. But in a way, that’s been a blessing. As I sometimes have work tasks that do not require full concentration, I’ve had the opportunity on some occasions to play music while I work. If I’ve had any regret about the time I’ve invested in this blog over the last nine and a half years, it’s that I don’t listen to music for pleasure as much as I used to. I’ll listen to something because I want to review it. Then I’ll listen to something else for the same reason. And it goes on and on like that, with me rarely finding time to put on a record purely for the sake of enjoying it. On that note, I must remark that I’ve really been enjoying Proto Idiot’s new album lately – purely for the love of the music. Sure, I knew I probably would review it eventually. But I decided to take the time to get to know it first. I made the conscious decision to not take notes or research anything. I just put on the record and dug in. I have gone back to FUB again and again over the last few weeks, and it never fails to please. It’s one of my favorite albums of 2020 and a prime example of why I’d call Proto Idiot one of the best independent rock bands going. And at a download price of £7 (equivalent to roughly $9 here in the USA), it would be a fine and affordable addition to anyone’s music collection.
Typical of a Proto Idiot album, FUB doesn’t conform to any obvious musical category. I suppose you could call it “post garage punk”, but even that doesn’t quite suffice. Influences range from psychedelic rock to new wave to synth-pop to art-punk to garage rock to experimental music to timeless British pop. No two songs sound alike. What drives this album is not adherence to a musical style, but rather Andrew, Mike, and Callum’s wonderfully creative songwriting and undeniable vocal charms. There are few songwriters better at tapping into the spirit of conventional pop songwriting yet doing so in a completely unconventional way. In many ways, these guys are their generation’s Colin Newman or Robyn Hitchcock. Yet it seems that FUB is informed just as much by the likes of Syd Barrett and Ray Davies. It’s simply a wonderful record – one featuring remarkable, creative playing; stylistic innovations; and utterly fantastic songs. “Difficult Questions” is about as good of a pop song as anyone’s done in 2020. “I Can’t Tell You” is like a lost new wave hit from 1980-something. “Well” is wonderfully weird and a tremendously sophisticated composition for a song clocking in at less than a minute. “Mountain” is way out there – even by Proto Idiot standards. “Try To Be Good” is modern indie rock meets Mister Rogers. “I Like the Way You Look At Me” is a foray into country rock that somehow still sounds like quintessential Proto Idiot. Listening to this album is like unpacking the contents of a mystery box loaded with peculiar and surprising items. You’re never sure what you’re going to get, but every time it’s a perfect little delight. Head on over to the Rigmarole Records Bandcamp and discover for yourself!
–L.R.
https://rigmarolerecords.bandcamp.com/album/fub
https://www.facebook.com/protoidiot/