Skip to content
PRODUCT OF HATE has unleashed “Redemption”, the next single from the band’s forthcoming second full-length album, “You Brought This War”. A music video for the track was filmed at the historic Kenosha Theatre in Kenosha, Wisconsin just weeks after the civil unrest that rocked the band’s hometown last fall.

“Making this video was absolutely surreal,” says lead guitarist Geno Rathbone. “To be filming and playing our music in a place with so much amazing history was mind-blowing. We shot this only a week or so after the Kenosha riots and everything was still boarded up and smoldering just a block or two away from this historic theater. Thankfully the venue was spared along with its history — and hopefully, its future. This video is our tip of the cap to our hometown.”

The Kenosha Theatre opened in 1927 under Universal Pictures. The ornate theater changed hands to Warner Bros. in the 1930s and was the subject of a 1938 pictorial in Life magazine. After operating as a movie palace and venue that played host to artists including Frank Sinatra and Nat King Cole, the building was last used as a theater in 1963 and has since become a favorite destination among urban explorers while a local group raises funds for eventual restoration and reimagining.

The “Redemption” video was crafted by longtime collaborators James Zahn (The Rock Father) as director and Chuck Przybyl of Most Visual as director of photography and editor. The pair most recently worked with the band on the video for the title track to “You Brought This War”.

“You Brought This War” will be released on February 5 on digital and CD. Pre-orders for the new album are available now on Bandcamp, Amazon, iTunes, and more. The album follows the band’s 2016 debut, “Buried In Violence”.

“It’s been a long time coming and I know a lot of our fans have been asking when the new album would be out,” comments frontman Adam Gilley. “Well, the wait is almost over and we cannot express just how excited we are to release this album. We’ve invested a lot and put our all into this one with hopes that everyone will love it.”

Artist Colin Marks of Rain Song Design, with whom the band collaborated on its debut album, returns to provide cover art for “You Brought This War” and its accompanying singles.

Last November, PRODUCT OF HATE released a non-album cover version of LIVING COLOUR‘s “Cult Of Personality” ahead of the U.S. presidential election. The song made its radio debut on Sirius XM‘s Liquid Metal on November 3.

“Buried In Violence” was released globally via Napalm Records. The band has been releasing music via its POH Metalworks imprint since 2018. 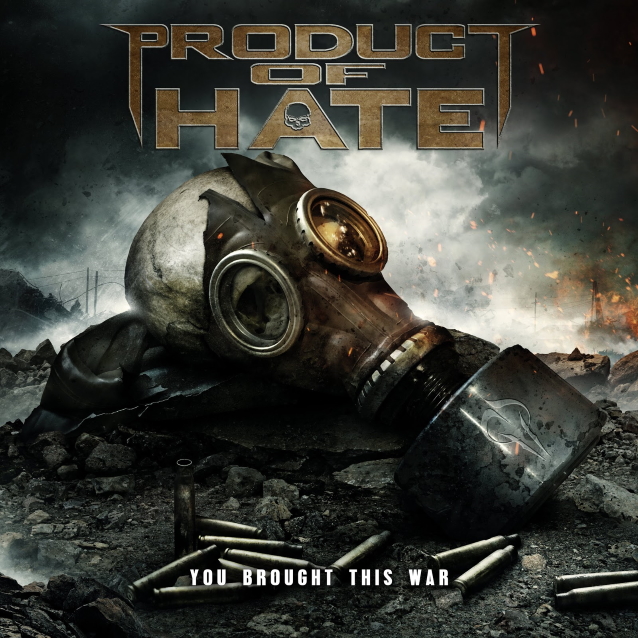 To Kill Achilles – ‘Something To Remember Me By’