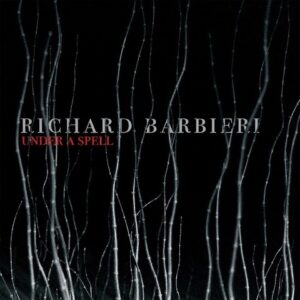 Richard Barbieri didn’t plan to make an album like Under A Spell as he thought his fourth solo album would be a direct follow from its predecessor Planets + Persona.

That record, made in different studios across Europe and heavily incorporating live performances from a range of musicians, was adventurous and bold, showcasing Barbieri’s endlessly inventive song writing and mastery of electronic music.

The follow-up should have picked up from there journeying further into the expansive terrain he mapped out on the previous record, and then the COVID-19 pandemic hit.

“I wrote and recorded it in my studio at home, with all this strangeness going on outside,” says Barbieri of the new album. “It became something completely different – this weird, self-contained dream-state album.”

On Under A Spell, the former Japan keyboardist was intent on capturing the atmospheres and moods that his disconnected brain was conjuring rather than slaving over arrangements and melodies.

Songs such as Flare, Serpentine, Sleep Will Find You and its companion piece-of-sorts Darkness Will Find You are sharply defined despite their dream-inspired genesis. He points to the evocative opening and closing tracks, Under A Spell and Lucid, as the keys that unlock the album.

“Those two tracks have the whole meaning within them,” he says. “The first song, Under A Spell, is leading you down a path, moving into places where you’re not sure what’s going on. There are whispers in the background, spells being cast in a deserted wood. Then the final track, Lucid, is the opposite.

“You’re in this comforting lucid dream, but then you’re drifting further away from it, trying to come out of it. There are voices saying: ‘Wake up, wake up, come back alive…’”

There are no vocals, but voices from collaborators including Marillion frontman Steve Hogarth and Swedish singer Lisen Rylander Love, who co-wrote A Star Light.

Following their hiatus Barbieri has pursued a solo career, releasing albums that include 2005’s Things Buried, 2008’s Stranger Inside and 2017’s Planets + Persona, as well as his recent EP series, Variant.1-5.