Poly Styrene: I Am A Cliché – film review 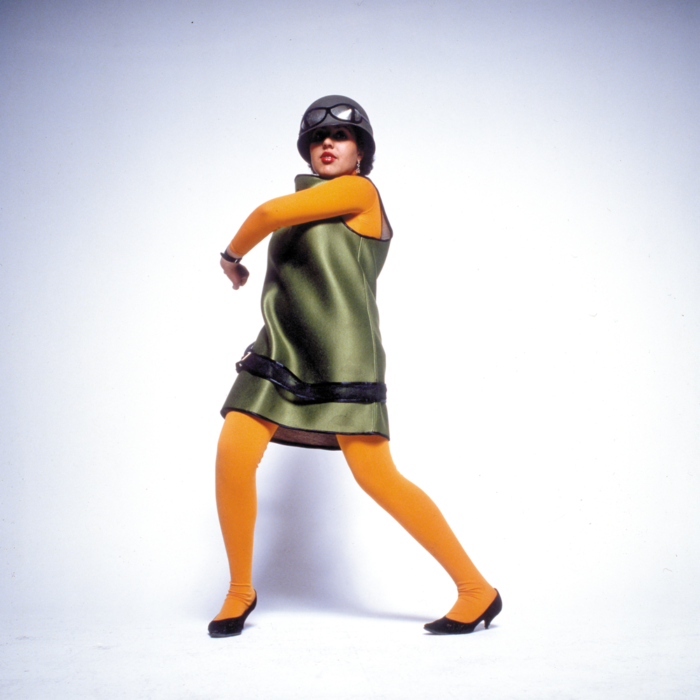 A dazzling documentary that will renew your faith in the power of cinema to depict lives that aren’t so easily narrated.

Sure, it’s a film about Poly Styrene, the self-named lead singer of X-Ray Spex who made daring music that rebelled against the racist, sexist, and broadly oppressive structures of late-twentieth-century England. Indeed, as an Anglo-Somali woman punk musician, she blazed a trail for women of colour in the UK and across the globe. Yet this is not the kind of work that lends itself to a simple synopsis. In creating Poly Styrene: I Am a Cliché, Celeste Bell, Paul Sng, and Zoë Howe illumine the magic of filmmaking as they reveal new possibilities for visual language and form.

With Poly Styrene: I Am A Cliché, Celeste Bell plays a central role, guiding the viewer in and through Styrene’s life story. Her physical and aural presence invites viewers into a deeply personal space that she must necessarily inhabit to recount her mother’s tale. Yet this isn’t like any other life narrative you’ve seen recently on celluloid. Visual, sonic, written, and oral storytelling methods come together to depict the life of a musician unlike any other. Bell intimates that she is making a film “not to establish a cult of memory” as filmmaker Rithy Panh has described of his own documentary work, but rather to unearth the complicated and vulnerable work of elegiac mourning. At times, Bell suggests, that process can become overwhelming, as repetitious shots of lapping ocean waves fill the frame. Yet at the same time, the creation of an archival lamentation such as this one can also be soothing. While becoming the sole “caretaker of Poly Styrene’s legacy” is a difficult and lonely position in which to be placed, Bell reminds us from the outset that “water is the beginning and end of life on this earth,” and it is near the sea that she finds “solace in retracing [Styrene’s] steps.”

The film also offers brief glimpses into the X-Ray Spex founder’s subjectivity. As Ruth Negga reads from Styrene’s diaries – in a voice that nearly conjures her back into the realm of the living – visions from Styrene’s consciousness flood the screen. In her own words, “images of Suffragettes chained to the railings at Buckingham Palace shot across my photographic memory” as archival black-and-white shots of those Suffragettes appear. “A faded dream of Bowie’s Suffragette City, wham-bam-thank-you-ma’am rang in my ears,” Styrene wrote, as dimmed moving footage depicts a glittering Ziggy Stardust. Vivien Goldman remarks on how Styrene’s music “cut through that glass ceiling,” and the voiceover narration and accompanying graphics allow the viewer to share in that power. Yet as a woman of colour, Poly Styrene faced identity barriers that rose far beyond those of gender alone. In remarking on the persistent and pejorative label of “half-caste,” Bell recalls how her mother “was a Londoner, born and bred” yet “never felt at home.” Indeed, “pictures of ball-and-chained African slaves were stored in my psyche, in sepia of course,” Negga reads from Styrene’s diary pages, as monochrome bodies materialise in medium close-up. That kind of experiential knowledge, the documentary suggests, cannot necessarily be shared.

The documentary reveals inherent contradictions of the human condition, and the knowing impossibility of recreating a life on film. Bell’s poignant desire to retrace her mother’s steps becomes part of an odyssey that’s at once reparative but also unachievable by design. Cross-cutting between archival and contemporary footage of New York City streets collapses the time between Styrene’s visit in 1977 and Bell’s in the present. Similar editing techniques place Bell in the same spots where her mother stood across the twentieth century, such as a scene in which Styrene models one of the military jackets she so often wore on stage as Bell tries on a coat in a vintage shop. It’s one of the magnificent things about the cinematic form – that it can allow temporalities to fold and to summon the dead through flickering projector lights. For moments here and there, both Celeste Bell and Poly Styrene exist together in time and space. That nod to contemporaneous existence is realised near the end of the documentary when Bell joins her mother on stage, in what would be Styrene’s final performance, for an encore of Oh Bondage Up Yours!

Bell and Sng leave us to negotiate the seeming contradictions of everyday life illumined in the documentary, particularly those concerning commodification and consumer culture. As we learn early on, Poly Styrene, born Marianne Joan Elliott-Said, chose her stage name in resistance to the kind of cultural facade and affect embodied in plastic consumer products: “Plastic, disposable, that’s what pop stars are meant to be, so I might as well send it up,” she told an interviewer. Fear of being overpowered by that artificiality, by a “plastic, synthetic universe where the natural world has retreated,” is what led in part to the musician’s stay at Maudsley Hospital and misdiagnosis with schizophrenia (a proper diagnosis of bipolar disorder came later on). Yet Styrene was “obsessed with fashion,” Bell says, and was the “ultimate consumer.” Likewise, Bell contemplates the need to sort through all of the material trappings her mother left behind, “objects of cultural importance,” she says. Ultimately, the film implies, narratives like these are necessarily incomplete. The notion of “piecing together all the parts of her puzzle,” which Bell considers when the documentary starts, is a task that might only be completed with the realisation that human lives leave questions unanswered.

The damage wrought by fame, and by the violent material world in which we live, is a tale told visually beyond Bell’s and Negga’s voiceovers. A subtle, still shot of Styrene sitting at the piano in shadow becomes the focus of a slow zoom-in that yields to an uncomfortable extreme close-up shot. The camera holds on that image, reproducing a sense of anxious claustrophobia in the viewer. Although Styrene is no longer here, her subjectivity remains present.

Speaking of Styrene’s subjectivity across the documentary, some of the most aesthetically remarkable moments in the film are those shots that linger on the natural world. Abstract frames of light-soaked indiscernible foliage produce Stan Brakhage-esque visions, as if from Styrene’s finally soothed mind. These shots ultimately suggest that it may in fact be possible to imagine a way of viewing the world anew.

All of this is to say that this film is so much more than a documentary. Certainly, it offers insight into Poly Styrene’s life and career in X-Ray Spex, and it brings together incredible commentary from voices that include Pauline Black, Ana da Silva, Kathleen Hanna, Rhoda Dakar, Don Letts, Neneh Cherry, Vivien Goldman, John Robb, Gina Birch, and so many others. But even more, it’s an elegiac rumination on a complicated yet beautiful life, and the power of narrative for those, like Bell, who do the storytelling.

Poly Styrene: I Am A Cliché is now streaming through independent cinemas in the UK and Ireland and will premiere in North America at SXSW from March 16-20. You can learn more about the documentary through Modern Films, as well as through the movie’s Twitter, Instagram, and Facebook pages.

The post Poly Styrene: I Am A Cliché – film review appeared first on Louder Than War.