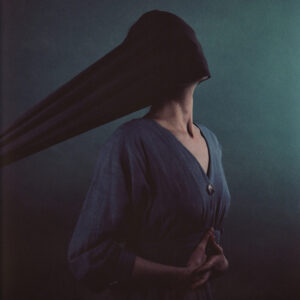 We covered the release last month of the opening track from Phill Reynold’s new album, his first in six years. The song, Is It Painful, falls into the stylistic half of this album that stamps a more defined identity, one which drifts in ruminative desires, mindful wanderings through a dew dripped mist, slowly rising to allow shafts of amber light to cut through. The subtle backing vocals from Marion Moroder drift in, adding a sweetness of touch to Reynolds baritone. The almost-hidden harmonica bringing yet another stroke to the overall picture. When Reynolds is in this frame, he excells.

A Pain I Need, in this vain, is one of the highlights of the album, recalling the meandering menace of Timber Timbre’s Hot Dreams in its dark and twanging atmospherics. He ramps it up further on You’ll Be Fine, a reverb-drenched guitar soaring over a pulsing simple beat, not far from War On Drugs territory. However, on A Sudden Nowhere, there is very much a lightness that skips through many tracks. The twinkling arpeggios of the instrumentals Spring On Second Fret and To Agota dance like woodland fairies, sprite and joyful. They Call Him Rock ‘n’ Roll adds a star-crossed lovers’ tale to the style, Reynolds’ voice soft and soothing. Songs like Time Is Now and Officer add more of a swing to the album, although the latter, with its soft, almost acid-jazz stylings feels a tad out of place against the rest of the record.

By the close of proceedings though, Reynolds is well back on track with a wonderful live duet of Leonard Cohen’s Nancy with Francesca Amati. Her gentle husky tones fit perfectly, with Reynolds himself set back in the mix. As the gentle applause of the audience comes through, they bid a farewell.

On A Sudden Nowhere, Phill Reynolds has pulled together some wonderful moments that, when they hit the mark, truly shine. There may be a track or two that drop out of place from the overall picture that he paints, but on the whole it is a wonderful album and definitely worth checking out.

A Sudden Nowhere is available now from Bandcamp.