While 2020 has genuinely been an annus horribilus as far as the world as a whole is concerned, when it comes to heavy music the last 12 months have produced some truly remarkable moments. Kerrang!’s run down of the 50 greatest albums of 2020 is proof of that.

Included in that list is Sleepless, the latest album by Nottingham heavyweights Palm Reader, who released their fourth offering a matter of a few weeks ago – navigating the challenges forced upon them in a year blighted by the global pandemic.

“Anyone who’s released an album that’s been a success this year has thrown down the gauntlet for anyone who releases music during more healthy times,” offers guitarist Andy Gillan on the subject of releasing an album under such trying circumstances.

“Thankfully we’ve got a really good team behind us, and we realise that we’re not exactly the only band facing up to certain situations,” he continues. ​“You have to take some positives from the situation. And the fact that a lot of people have been at home for long periods of time this year has also meant that they’re looking for different things, including music. For me, it’s been about discovering a lot of new music every week and, for the first time, having the time to listen to it properly too. Luckily we also had an album lined up in that respect, because I do think people have had time to check it out.” 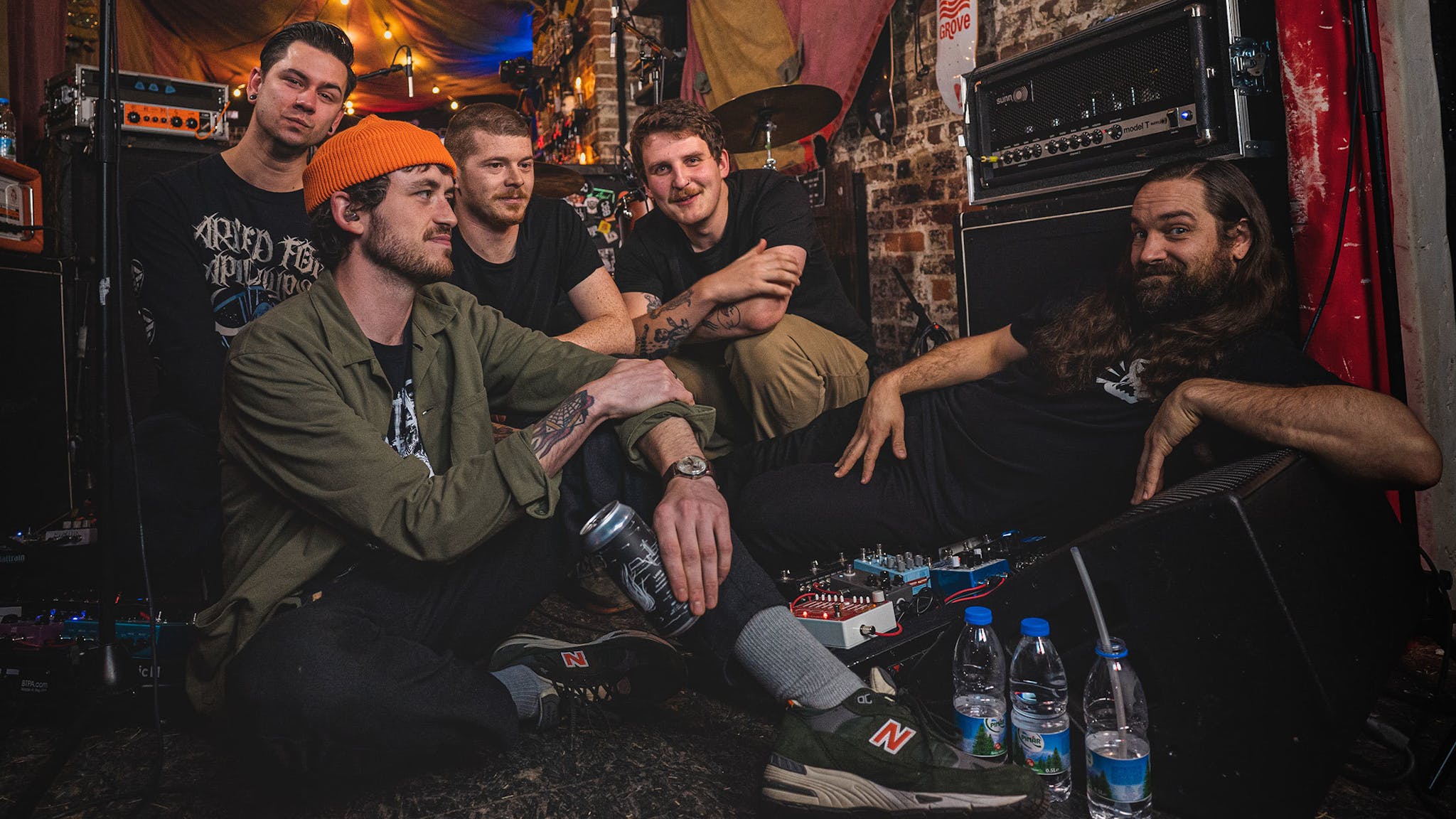 Released on November 27 on Church Road Records, Sleepless has garnered universal praise. And quite rightly so. It’s an album that could well be career-defining for the band, its progressive heaviness matched with experimentation, as well as a sense of unashamed accessibility.

“For each record we take a different approach to writing. It’s been that way since the beginning,” explains Andy looking back at the band’s 10-year trajectory. “[2018’s] Braille was written when we all lived in a house together. This one has seen the lion’s share of the material written by me and Josh [Mckeown, vocalist]. All the songs were originally about seven or eight minutes long, but the songwriter in Josh said that they were just too long, so that made me look at different ways of making them work. We added various elements and basically what we ended up with was something that became more of a body of work rather than just 10 rock songs.”

As well as bold sonic textures, the sequencing of Sleepless makes for a spellbinding listening experience. ​“It takes you on a journey,” nods Andy, before back-peddling. ​“Actually, I don’t want to say that because it sounds so cheesy! But the way the songs are organised is very specific. It starts with the louder material and then it comes down before building up again at the end, so there’s a definite feel to it. We’re super proud of it actually.”

Both Andy and Palm Reader as a whole – the line-up of which is completed by guitarist Sam Rondeau-Smith, drummer Dan Olds and bass player Josh Redrup – tend to adopt a fairly cerebral approach to the albums they make. So how do they view heavy music as a whole right now?

“It’s an interesting time for heavy music,” says Andy. ​“Anyone who has a head on their shoulders can see that the early stages of nu-metal were starting to influence a lot of people again up until quite recently. That’s fine because that music was exciting at the time, before it took a rather gross turn.”

“The flipside of those nu-metal sensibilities though are bands like Loathe,” he adds, referencing the fast-rising Liverpool five-piece and recent Kerrang! cover stars. ​“They started out sounding as if they might go down that nu-metal path, but then they went in completely different direction and came up with that latest monster of a record [I Let It In And Took Everything] which is just unique. Another incredible record from this year is END’s latest album [Splinters From An Ever-Changing Face]. It’s just so ferocious, it’s amazing! In more traditional terms, you can see that everyone is veering away from that Sabaton cheese-metal now. Then again, I’ve never been a fan of that. Metalcore’s days are numbered too because that genre has gone as far as it can, so heavy music is becoming much more interesting again. There’s a change coming in heavy music, and you can sense it.”

Pressed on what that change may actually consist of, Andy is more reticent. ​“Christ! I don’t know!” he laughs, before offering a more considered response.

“I’m pretty sure that one band will come along some time soon and change the entire game again,” he says. ​“It’s like what happened with Linkin Park or even Limp Bizkit. Before them nu-metal was a lot more goth-orientated and then they released [their first album] Three Dollar Bill, Y’all$, and took things in a completely different direction for the whole scene. There’s no reason why a band won’t appear and change everything in the same way. And that’s good because it means that music is moving forwards. You can sense there’s real momentum in heavy music right now. I’m sure the pandemic will also affect the way people make music and what music gets made too.” 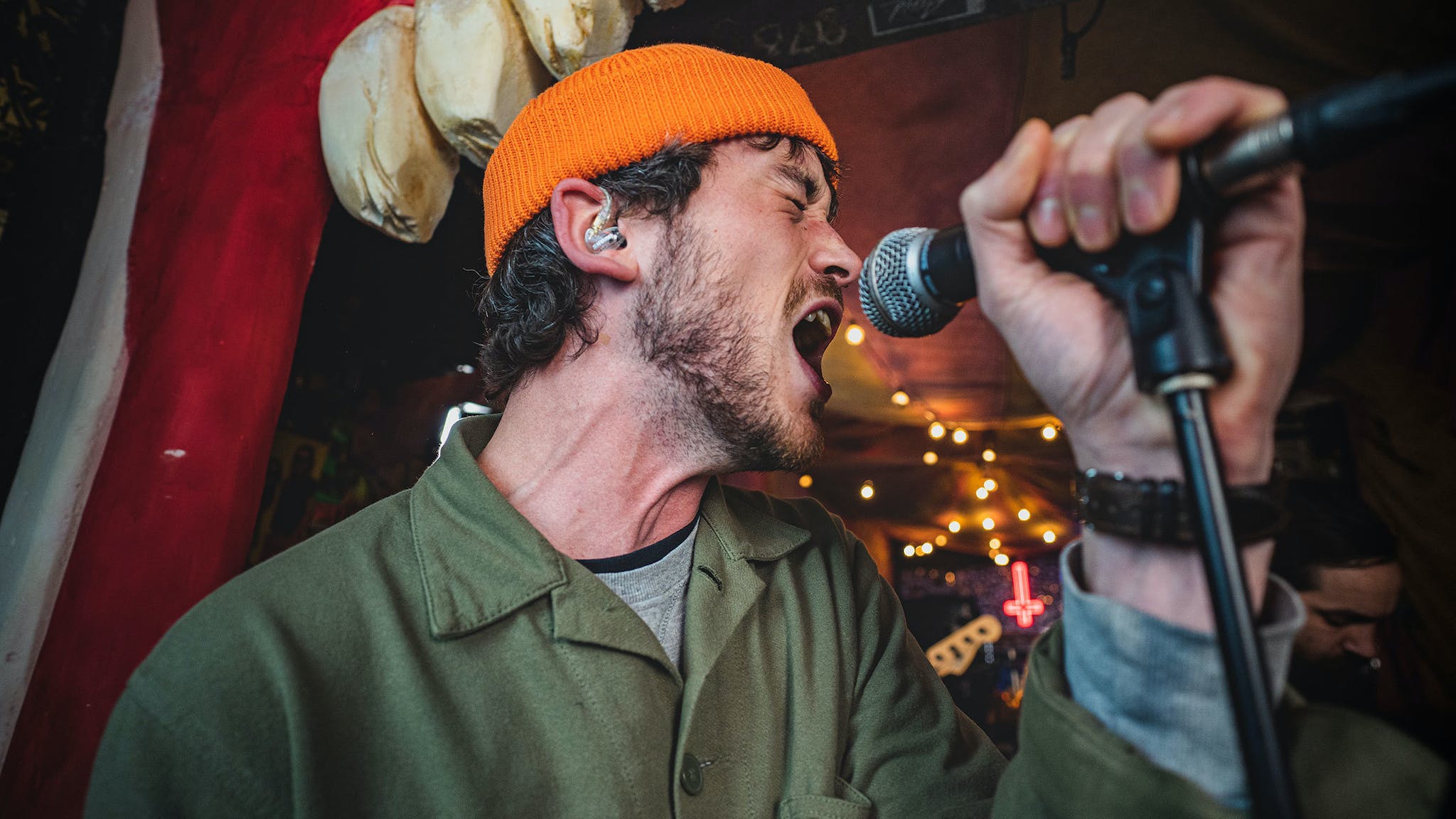 While Palm Reader clearly have their own part to play in the evolution of heavy music, in more immediate terms they are the latest band to play a special Kerrang! set as part of our internet-breaking live series, The K! Pit in association with Nordic Spirit.

Palm Reader’s K! Pit stream will premiere on Tuesday December 22 at 6pm (UK/GMT), 1pm (US/EST) and 10am (US/PST) on Kerrang!’s Facebook and YouTube. The band will also be joining us on Facebook to hangout with us as we stream their set and chat to fans, so do join us.

You should also standby for news of a rather excellent competition to win 20 exclusive, signed Palm Reader posters and — thanks to Nordic Spirit, the UK’s No 1 Nicotine Pouch* — a K! Pit hoodie and a rucksack full of swag, plus a chance for you and three friends to win VIP tickets to Download… More info at 9am Tuesday on Kerrang!.

In the meantime, you can buy Palm Reader’s Sleepless and merch right here. Tell them we sent you…