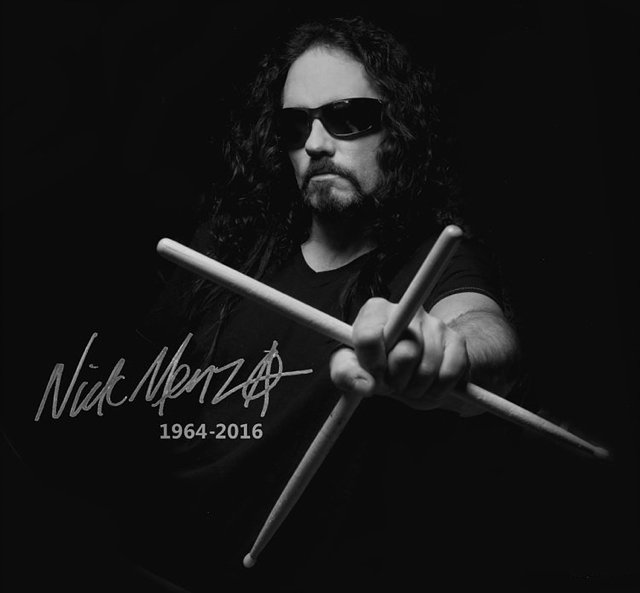 West Virginia based, Screaming Butterfly Entertainment has announced Nick Menza “This Was My Life” – The uncensored documentary film of one of metal’s greatest drummers who died doing what he loved best.

This Was My Life: will be the first ever film to memorialize the late drummers legacy and celebrate his life exactly how it was, a sizzle reel can be seen below.

This Was My Life: The official Nick Menza documentary film is an unflinching exploration into the life of one of the most successful thrash-metal drummers of all time, authorized by the Menza family. From his childhood all the way through to the end of his life including a true blow-by-blow account of the repeated failed attempts of the classic Rust In Peace Lineup.

This Was My Life: Will also feature rare and never before seen photos and video footage from Nick’s personal archived VHS tape collection, personally filmed by Nick Menza himself from 1988 through 1991 – Featuring exclusive content showcasing Nick working at the studio, personal home movies, casual time and party time with his fellow band members, as well as other well-known bands of the era that Nick toured with.

Menza’s longtime personal manger Robert Bolger said: I am very excited to be working with Screaming Butterfly Entertainment on Nick’s official documentary. There’s a lot of published misinformation out there about Nick that isn’t true and I am very happy to bring the truth forth. Nick loved his fans and always said, without the fans none this would be possible. I really think Nick’s fans will enjoy this journey through his life.

Executive producer Holly Mollohan from Screaming Butterfly Entertainment said: As both a filmmaker, and fellow metalhead who deeply values the metal community, I am honored and excited to go on this journey alongside all of you.

Nick Menza: I will always play drums and music, it’s my life, i love it! More details will be revealed soon.

Late in the evening on May 21, 2016, Nick collapsed after suffering a heart attack during a concert with Chris Poland and Robertino “Pag” Pagliari in their band OHM: at The Baked Potato in Studio City, California and was pronounced dead upon arrival at the hospital. The Los Angeles County Department of Medical Examiner-Coroner said Menza died of hypertensive and atherosclerotic cardiovascular disease.

Nick rightfully earned his place as heavy metal’s fiercest drummer during MEGADETH’s 10-year peak at the top. The highlight of his career, Nick said, was playing Rock In Rio before more than 100,000 people.

The lowest point was being fired by MEGADETH mainman Dave Mustaine while he was still in a hospital bed after surgery to remove what doctors feared was a cancerous growth.