A synth-punk juggernaut in the realm of political screechers Black Flag and Dead Kennedys, Deep Fake is laden with paranoia, rage against the machine, and a ladle full of conspiracy theory (or fact?…the truth is out there). So what is Deep Fake’s mission statement, here?

“It has come to our attention that a great number of the populace have underestimated the ever-looming threat known only as DEEP FAKE,” says the band. “While we cannot be certain of its origins or intent, it has become clear that DEEP FAKE is the product of a rogue-sleeper cell, associated with secret factions, potentially dating back to MK ULTRA & the survivors of the Vat Of Acid conspiracies.”

The band goes on to assert their very real association with The Shadow Estate and Collateral Commission. “Fabrications are all around us and we mustn’t let our guard down,” DEEP FAKE-defector Gion Barré proclaimed before his eventual incarceration & mysterious suicide. “The details on DEEP FAKE and its actions are cause for much confusion, as there is little notice or logic involved in the matter. Despite what psy-ops insinuate, DEEP FAKE is a real danger to our democracy and most certainly influenced by foreign operatives.”

A lot to process here. The released video is a mind-bending montage of uniforms, nuclear explosions, Oliver North hearing footage, and static. For anyone interested in mind control experiments, one need look no further than the United States government. Deep Fake explodes in frenetic energy with this wild political verbiage, as the general populace finds themselves pawns of a larger conspiracy of technological warfare.

The band’s manifesto concludes with this passage:

“NOTHING MAKES SENSE ANYMORE- -EVERY PERSPECTIVE HAS A CONFIRMATION BIAS. IT’S DEEPLY FAKE, WITHIN AND ALL AROUND YOU- -TRUTH IS MORE OBSCURED WITH EVERY PASSING DAY WE ARE CLOSE TO THE END AND THAT END IS DEEP FAKE.”

So…ARE Deep Fake encoding their loud, fiery punk track with mind control? Only one way to find out, friends.

Experience the Apocalypse below: 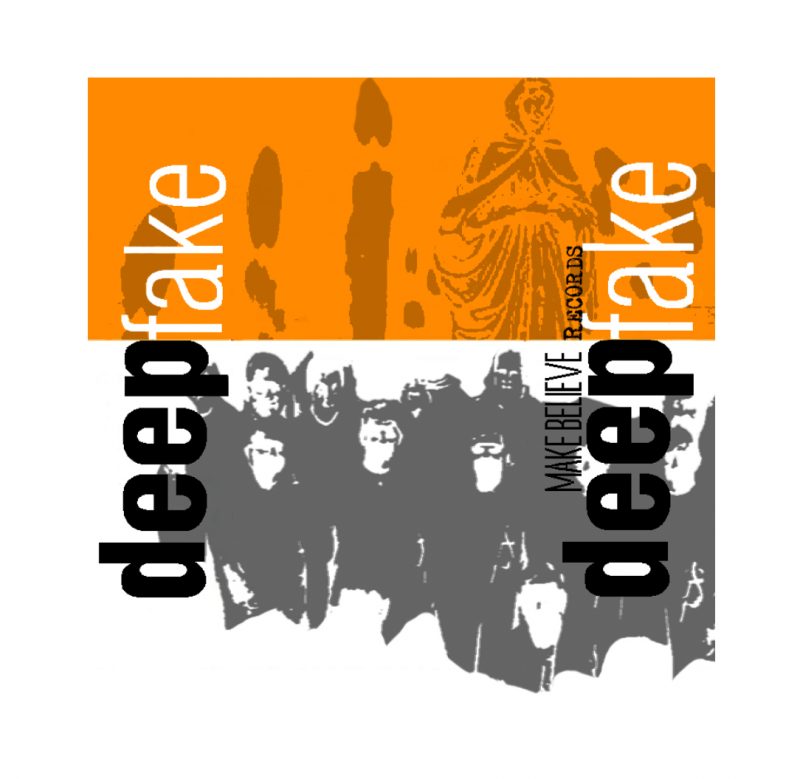